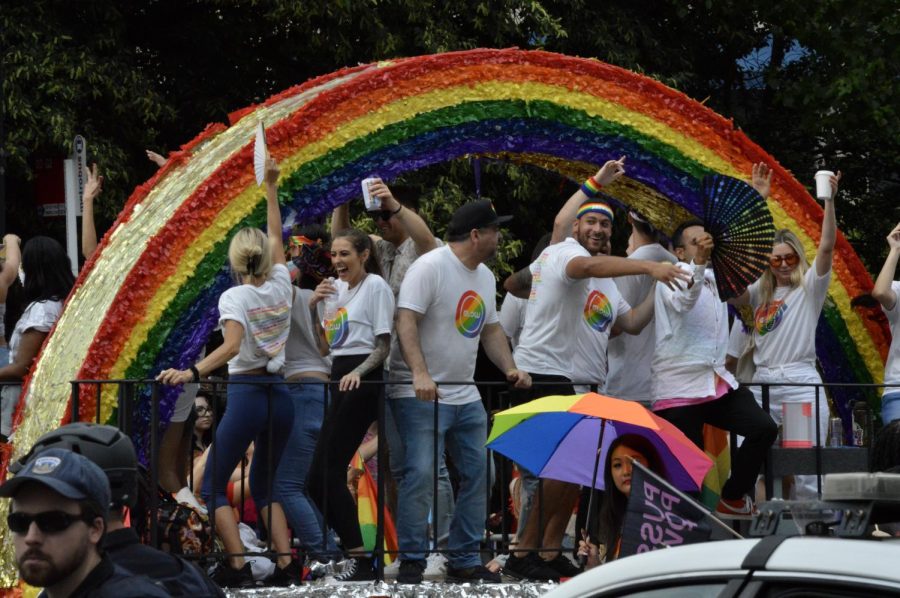 Paraders celebrate atop a large bus filled with pride decor.

Singing, dancing, decorated floats and radiant outfits filled the streets of D.C. as thousands gathered for the city’s annual Pride Parade on June 11. The Capital Pride Alliance coordinated this year’s event, which marked the organization’s first in-person Pride Parade since the start of the COVID-19 pandemic. The main parade took place in Dupont Circle and lasted two and a half hours.

Despite encountering small counter-protests at the beginning of the event, paraders ignored negative remarks and walked past or laughed at the counter-protesters, junior Annie Antonetti said.

“Even though there were negative aspects trying to counteract [the parade], it was hard for them to have an effect [on] such a cheerful celebration,” Antonetti said.

Earlier in the day, gun control advocates also assembled in D.C. for a March For Our Lives protest, drawing an estimated 50,000 attendees. In contrast to the protest, the parade was exhilarating — teeming with bliss and excitement — according to Antonetti, who attended both events. 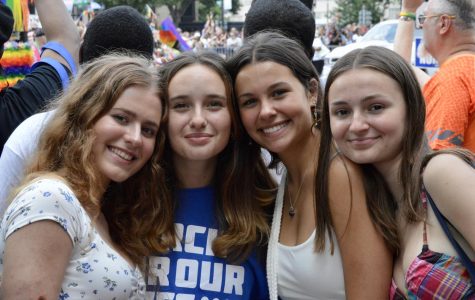 Juniors Maddie Cartillier, Eva Sola-Sole, Annie Antonetti and Era Qerimi were among the thousands of people who attended the parade. 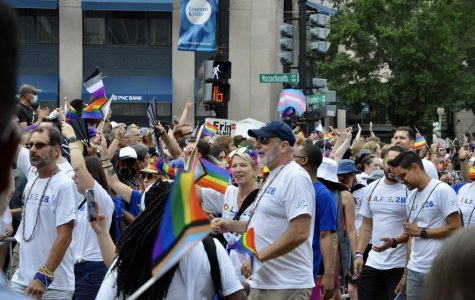 Attendees gather at the intersection of Massachusetts Ave. NW and Dupont Circle NW, the central location of the 1.5-mile parade route. 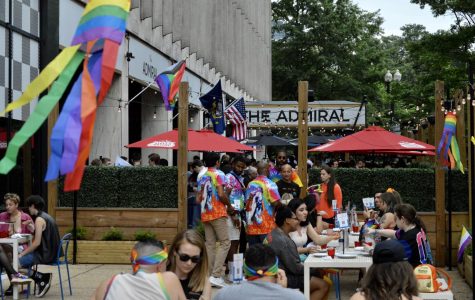 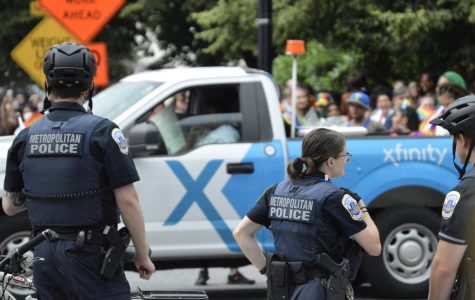 Police block off streets to clear a path for the festivities. 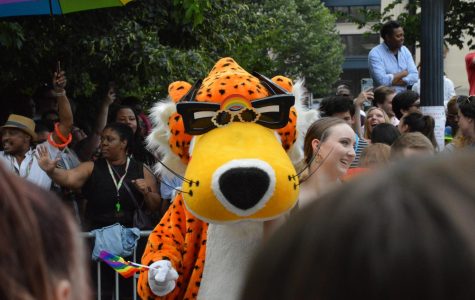 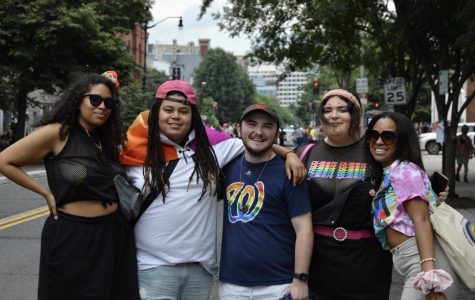 Smiles and laughter filled the streets of D.C. in celebration of Pride Month. 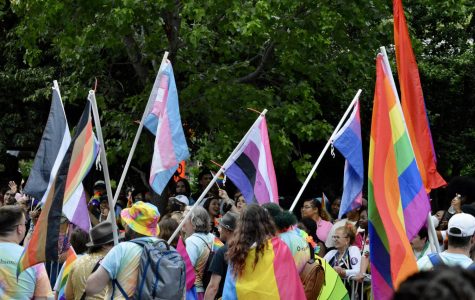 A sea of flags

Attendees hold a variety of flags that represent different groups in the LGBTQ+ community. 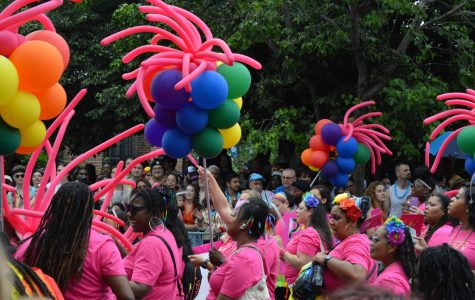