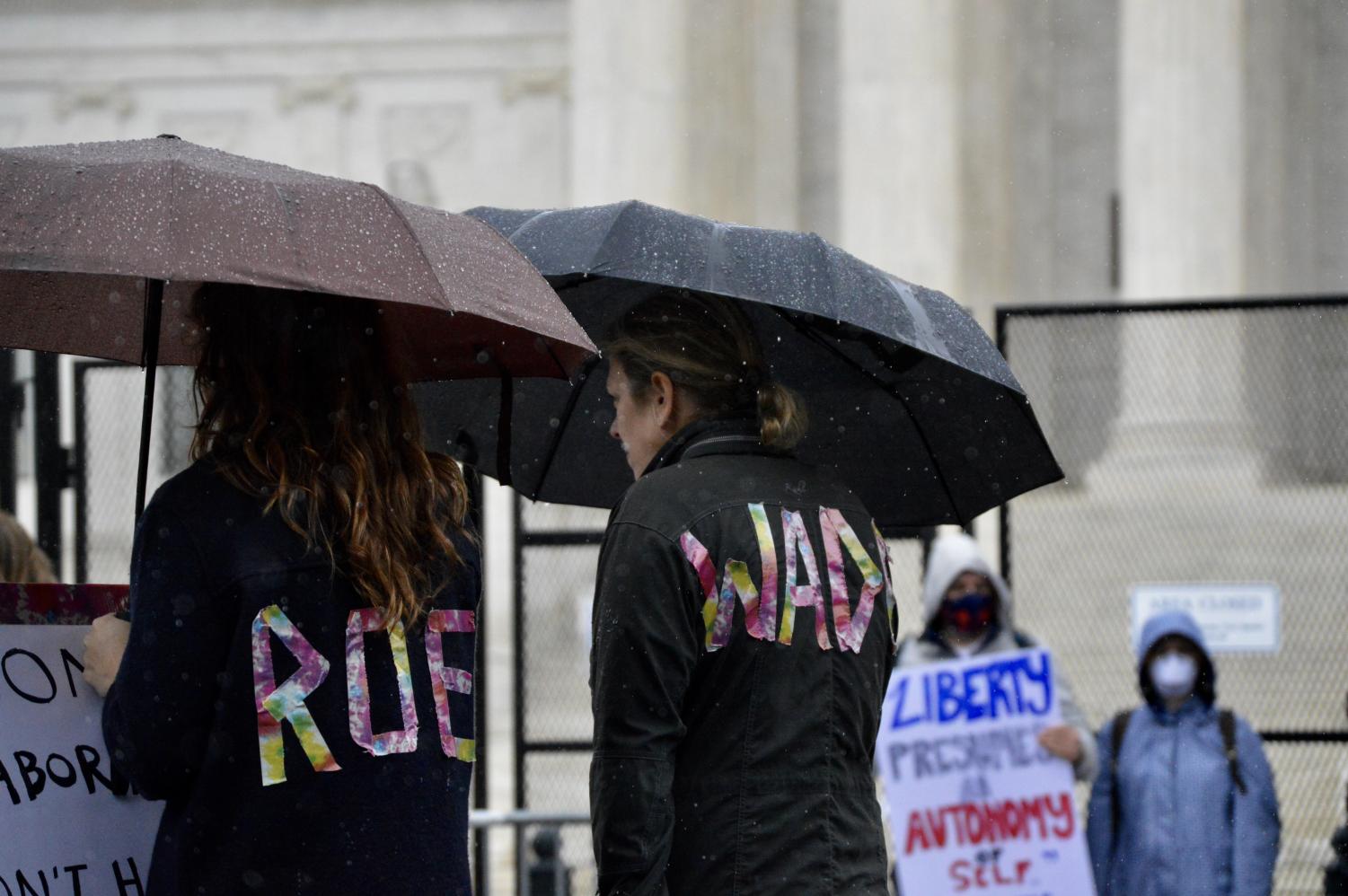 Two protesters stand in the rain, wearing jackets inscribed with the names “Roe” and “Wade” to show their support for the court’s landmark 1973 decision.

On May 3, Politico published a leaked draft of a Supreme Court majority opinion that would overturn the court’s landmark Roe v. Wade decision.

The draft opinion, written by Justice Samuel Alito, challenges the constitutional basis of the court’s 1973 decision that protects abortion rights until the point of fetal viability, and calls the original decision “egregiously wrong from the start.” According to the draft, the Supreme Court has already voted to overturn its previous decisions in both Roe and in Planned Parenthood v. Casey, which had affirmed the original 1973 ruling.

In the days following the May 3 leak, thousands of protesters assembled in cities across the nation to demonstrate against the court’s draft decision and to rally for abortion rights protections.

Equipped with rain jackets, umbrellas and signs, activists gathered on the plaza in front of the Supreme Court on Saturday to demand the right to choose, undeterred by cold and rainy weather. 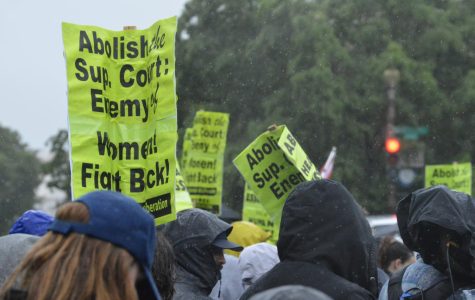 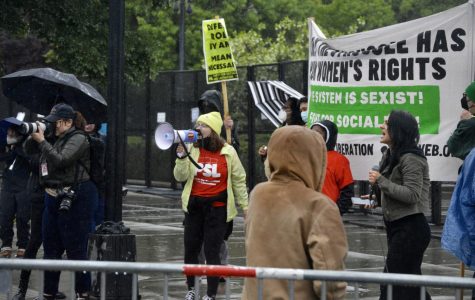 Members of the PSL — The Party for Socialism and Liberalism—unite the crowd of protesters with moving speeches. 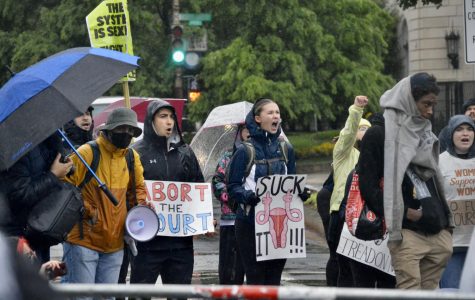 Rain couldn’t suppress the passion of the protesters, who came to the Supreme Court in defense of women’s reproductive rights. 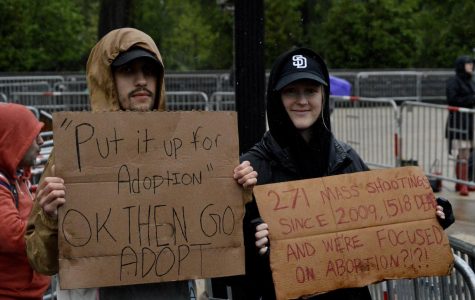 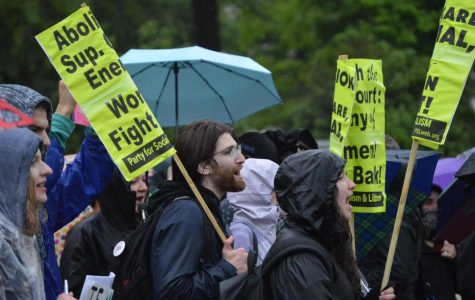 Many men joined the crowd of protesters supporting abortion rights. 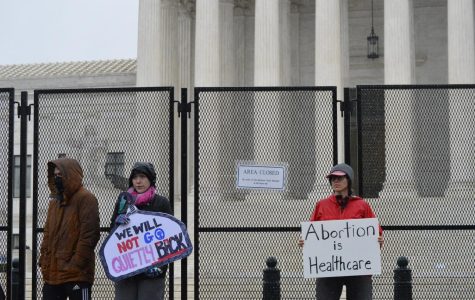 A large barrier prevented protesters from getting too close to the Supreme Court. 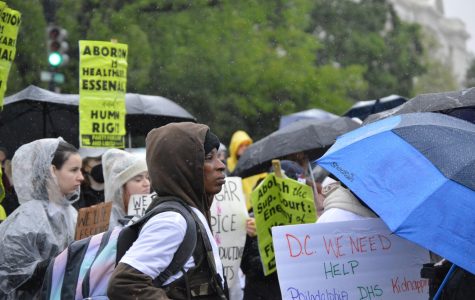 Protesters from around the nation

Protesters from across the nation converged on the Supreme Court’s plaza to join local activists in voicing their fears of the potential loss of women’s reproductive rights. 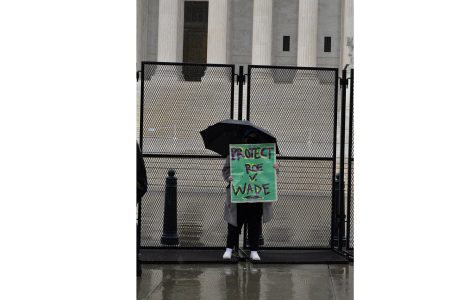 A lone protester stands her ground for hours in front of the steps of the Supreme Court on a bleak, rainy day.