By Harry Kaplan and Jose Wray

As a die-hard Patriots fan, Super Bowl LIII nearly gave me a heart attack. But as Stephon Gilmore dropped back in coverage and snagged what was the game clinching interception, I blew a sigh of relief, knowing my life as a spoiled Boston sports fan just got even better. Anyway, this year’s Super Bowl, despite being the lowest-scoring in history, which some fans believe made it “boring,” was still exciting to watch.

If you’re a football fan, you know offense, defense and special teams are equally important. You also know that there are ups and downs in the performance of these groups. So while the Super Bowl saw two high-powered offenses shut down, the game also featured nearly flawless defense and arguably some of the best Super Bowl special teams plays of all time. If you’d prefer a game with lots of scoring and minimal defense, I’d recommend switching the channel and watching NBA basketball instead.

What makes football special is that every game is unique. For example, earlier this season the Rams—the same team that scored a mere three points on America’s biggest stage—beat the Chiefs 54-51, which was the highest scoring regular season game in NFL history. A football fan follows the sport not just for the highlight-filled shootout games, but for the unpredictable outcomes and upsets. Who would have thought that the 9-7 Wild Card New York Giants could beat the dominant Patriots in the Super Bowl?

This Super Bowl should be viewed as a showcase of incredible defensive and special teams play in an era when these parts of the game are often underappreciated. This could be a result of offense-centric fantasy football or due to the fact that touchdowns just happen to make the best Instagram highlights, but regardless of cause, defensive players are becoming less and less relevant as all the attention is put onto the offensive superstars. Hopefully this Super Bowl can open the eyes of fans who seem to only be invested in fantasy football and high scoring games.

If you believe a tie game with seven minutes left in the Super Bowl is “boring,” then find another sport. As the saying goes: defense wins championships.

When I was in seventh grade, I played “Madden Mobile,” and in the game I would collect cards of memorable Super Bowl moments and exchange them for rewards. It’s safe to say that nothing from Super Bowl LIII will ever make it onto one of those cards.

The highlight of the Super Bowl was a punt. Not a punt return for a touchdown, just a punt that happened to barely set the record for Super Bowl punt distance after a miraculously lucky bounce. That says it all. Even football-adoring commentator Tony Romo said the game was hard to watch.

The Super Bowl is supposed to be the culmination of the NFL season and a celebration of the sport’s best. But what we got on Sunday was the worst Super Bowl I’ve ever watched.

The Rams had more punts than pass completions in the first half. This pathetic stat could be forgivable if the Patriots were an all time great defense like the ‘85 Bears or ‘14 Seahawks— but they aren’t. According to ESPN, the Patriots ranked 21st in the league this season when it comes to total yards allowed; in other words, well below average.

Not only did fans not get the teams’ best performances, but they didn’t even get to some of the best players involved in the game. Rams star running back Todd Gurley was completely MIA. Many suspected his lack of carries was because of injury, but after the game both Gurley and Rams’ head coach Sean McVay said his health was not the issue.

Even Tom Brady was off his game. Brady Super Bowls are synonymous with big passing plays and comeback, game-winning drives with the weight of the world resting on Brady’s right shoulder. We got none of that. Brady threw for almost half as many yards as he did in last year’s Super Bowl and didn’t even throw a single measly touchdown. While his performance was not as poor as Goff’s, it certainly wasn’t what fans were expecting from one of the greatest players ever.

In sum, football fans didn’t get to watch any offense in the championship game of one of the most exciting NFL seasons for high scoring games and dynamic offenses. Of course, both teams put in their best effort—but it’s a shame that such an anticipated game ended up being a sleep-inspiring punt fest. 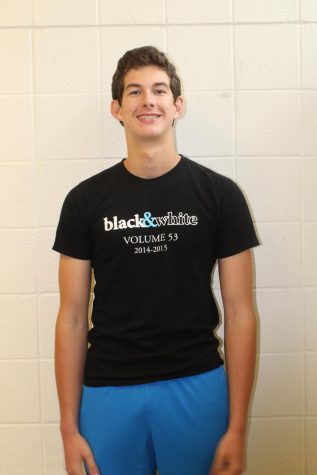