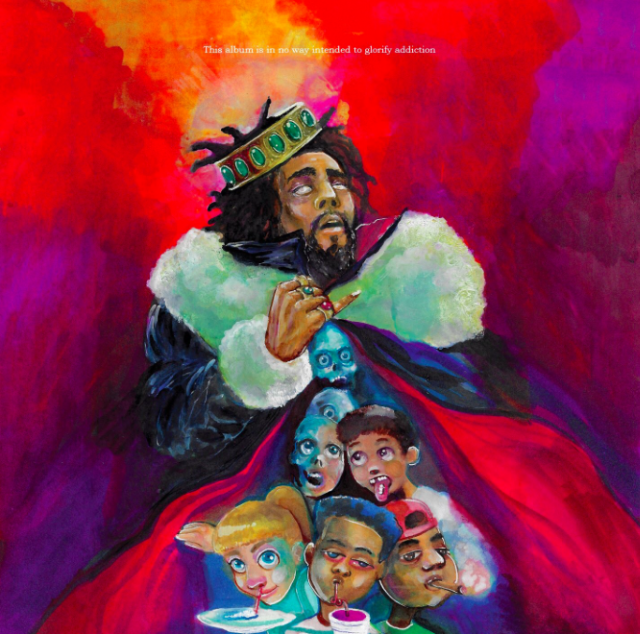 J. Cole’s highly anticipated album, “KOD,” is an insightful social commentary on 21st century issues. Its title has a few interpretations: Kids On Drugs, Kings Overdosed and Kill Our Demons, each an appropriate narration on the horrors of addiction among teenagers, both to drugs and to social media. Released April 20, the album broke Apple Music’s 24 hour streaming record. Cole’s 12 tracks tackle contemporary problems, giving the listener a window into growing up in 2018.

In the song “Photograph,” Cole discusses social media obsessions and the toll they take on mental health. He raps, “Love today’s gone digital, and it’s messing with my health.” In “Friends,” Cole repeatedly asks listeners to “Meditate, don’t medicate.” Songs like these reinforce Cole’s unique style, a refreshing contrast to mumble rappers such as Future and Bankroll Fresh.

In “1985,” Cole directly addresses popular rappers like Lil’ Pump and Smokepurpp that promote drug use in their songs. Lyric by lyric, Cole accuses these rappers of misguiding their listeners to take drugs and waste money. The songs in “KOD” not only offer advice to the listener, but are also songs people can vibe to and enjoy.

In ‘1985’, he raps, “One days those kids who’re listening are gonna grow up and get too old for the sh*t that made you blow up.” Like the majority of his album, this lyric forces his listeners, who are mainly teenagers, to think about their role in modern rap culture.