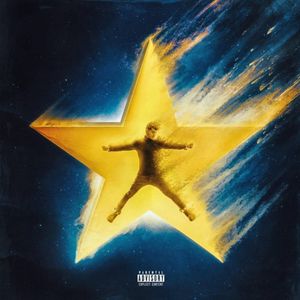 After gaining popularity through Vine and Youtube, pop singer Bazzi moved to the top of the Billboard charts with his debut album, “Cosmic,” April 12. Bazzi rose in popularity after a Vine promoting his hit single “Mine” went viral. The album includes 16 songs, ranging from slow R&B ballads to upbeat pop hits.

In “Why,” a slower song, Bazzi plays off the track’s name as he asks questions throughout the song, like “Why do you still love me?” and “Why do you need me when you don’t need me?” Listeners can relate to these questions, making the song more personal. For this reason, many of his fans feel that they’re similar to him, creating a relationship between Bazzi and his audience, subsequently adding another layer to his music. This enhances his music, but can also come off as corny.

Bazzi does the same thing in many of songs, including his closer, “Somebody.” But he overuses this style, trying too hard to relate to his fans through broad questions and seemingly-but-not-actually profound lyrics.

Most of the albums’ tracks are about relatable themes like break-ups, love and sex. His simple lyrics resonate with younger crowds and are catchy and easy to sing along to. However, many of his lyrics are repetitive, making his songs seem inauthentic.

Regardless, he’s taking all of these emotions on tour with him, and will perform at The Fillmore in Silver Spring July 26.