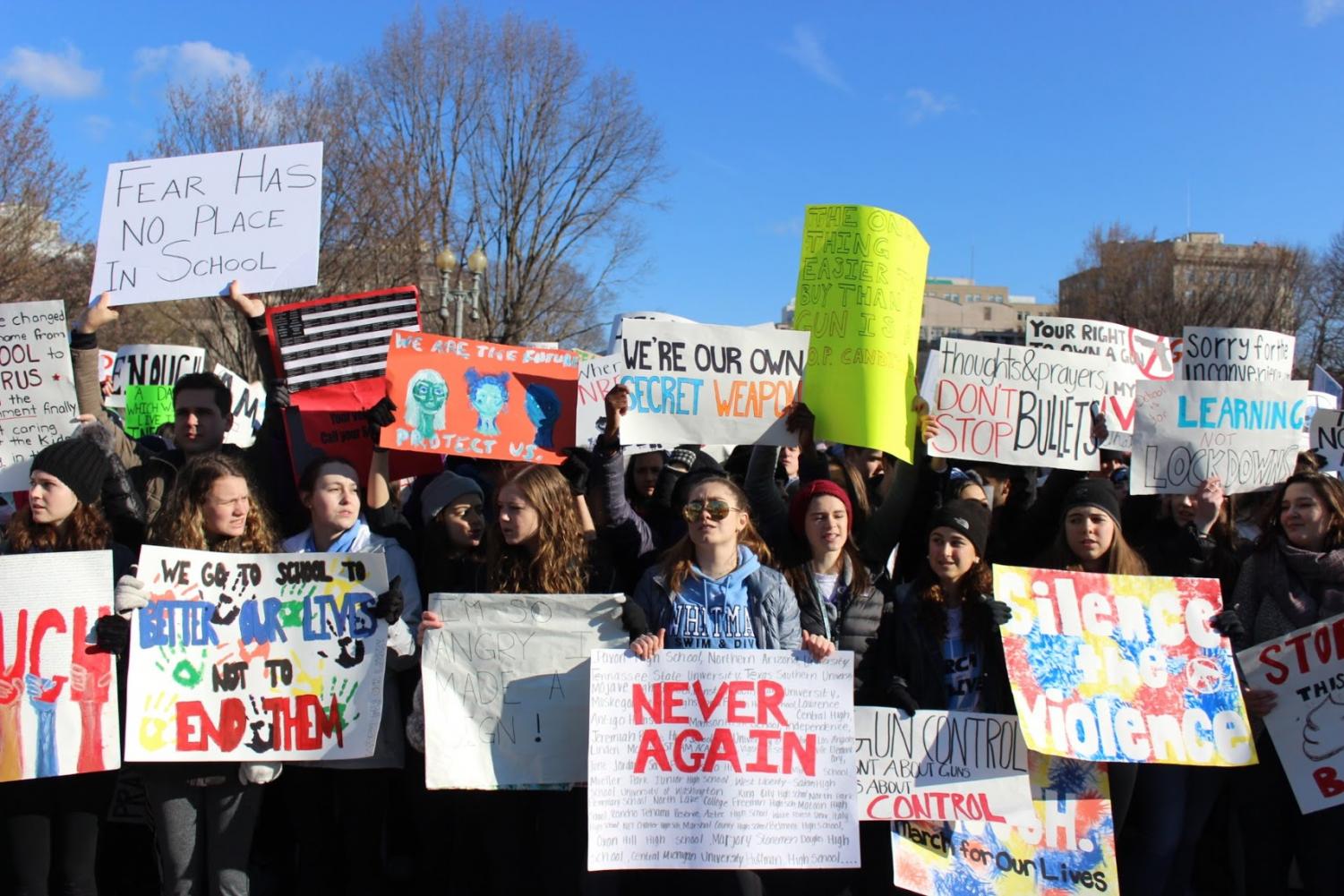 By Jessica Buxbaum and Camerynn Hawke

Students around the country participated in demonstrations March 14 to support gun reform and honor the Florida students killed in the mass shooting at Marjory Stoneman Douglas High School Feb. 14. Whitman students organized two demonstrations: one walkout for students on school grounds and one for those joining protests in D.C.

The youth branch of the Women’s March, EMPOWER, encouraged the walkouts, and four students—seniors Rabhya Mehrotra, Lauren Eisel and Cameron Newcombe and junior Zoe Kaufmann—organized both the walkout and the D.C. march for Whitman students.

Nearly 600 students walked out of school at 10 a.m and held a 17-minute moment of silence for the 17 victims. Thousands of students participated in similar walkouts nationwide.

Each minute, one volunteer stood up to represent one of the students lost in Parkland. Eisel and senior Ray Crist, read a eulogy each time a volunteer stood up. After the remembrance, the volunteers released orange balloons in honor of the victims.

Organizers encouraged students to wear white or order and wear a shirt designed by junior Julia Rubin honoring the victims.

“I went to the walkout because I think school should be a safer place. All the gun violence going on needs to stop,” freshman Isabella Brody said. “Kids should go to school thinking that they’re going to learn and not be in danger.”

Administration was supportive of the walkout, and principal Alan Goodwin helped with logistics and created a new schedule for the day so that students didn’t miss any instructional time if they chose to participate. During the walkout, assistant principal Jerome Easton told students that “students’ lives matter.”

In the midst of the revolution: a Florida student speaks out

“We are really lucky that we have a really progressive school. Dr. Goodwin loved this idea; Ms. Freedman loved this idea,” Eisel said. “It was really great to have staff behind us in a student-led thing, which at most schools isn’t an option.”

Crist and Eisel both hoped the walkout served its purpose as a remembrance and as a call to action.

About 200 students chose instead to join thousands of peers from around the DMV to protest in Washington, D.C.

Students from around MCPS connected over social media and worked together to plan the walkout and get schools involved.

Protesters first gathered outside the White House, where they led chants and displayed posters. In solidarity with students nationwide, attendees sat down with their backs to the White House at 10 a.m. and remained silent for 17 minutes. The group then marched to the Capitol, where they were met with speakers including Bernie Sanders, D-Vt., and congressman John Lewis.

Goodwin granted excused absences to those who attended the protest as long as they turned in a parent-signed note beforehand.

Despite having to miss school, many felt the protest was too important to miss.

“I didn’t want to look back on this and be like, ‘Oh, that was such a cool thing that my friends did,’” junior Kira Gandolfo. “I want to be able to say that I really fought to bring about change. It’s like the world has to listen because there are a bunch of kids sitting in front of the White House in the middle of the day, and we’re not leaving until there’s change.”

Mehrotra thought the event was particularly special because it was student-organized, she said.

“It’s definitely impressive that students were able to organize speakers, a permit, and a significant turnout without adults,” Mehrotra said. “It signifies how much this new generation cares about gun control, and—especially since we are future voters—that’s a really powerful message.” 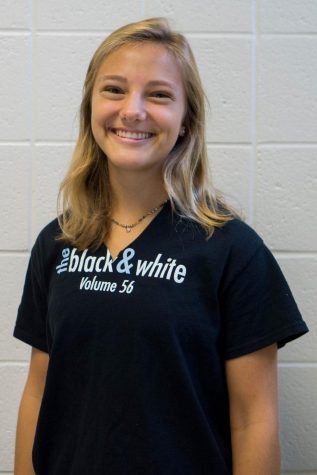 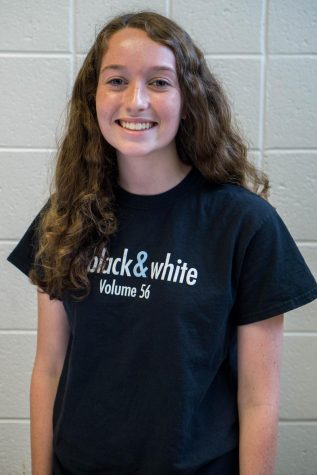 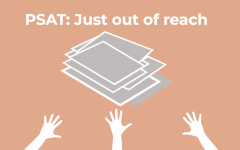 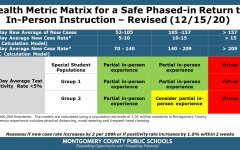 After months of consideration, MCPS Board of Education delays schools reopening 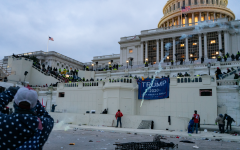 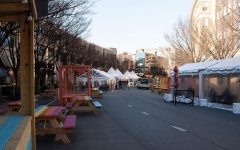 Outdoor ‘streeteries’ to continue throughout winter