Pro-Con: Raise the minimum wage to $15

By Ivy Xun and Katherine Sylvester

Montgomery County will vote on bill 28-17 which would raise the minimum wage from $11.50 to $15 an hour on Tues., November 7. The legislation would gradually raise the minimum wage to $15 an hour by 2022. Small businesses with under 25 employees would be subject to the conditions two years later, in 2024. Similar legislation was introduced in January, but due to concerns over the earlier roll-out date of 2020, County Executive Ike Leggett vetoed the bill. The new bill—and later implementation date—has his support, WTOP news reported.

Let’s wage on: raise the minimum

At the intersection between Old Georgetown Road and Rock Spring Drive, cashier Nicky Genice clocks in about 30 hours a week at Giant. When asked about Montgomery’s push for a $15 per hour minimum wage, her answer is succinct and clipped: “I feel damn straight.”

When asked if the current wage is livable, her reply is even shorter: “Rarely.”

The average cost of living in Montgomery County is one of the highest in the nation at $15.80/hr for a single adult, nearly double Maryland’s current minimum wage of $8.75, according to a living wage model from MIT. To support the working class in a climate of ever-growing expenses and benefit our local economy, the Montgomery County council should pass Bill 28-17 to gradually raise the minimum wage to $15/hr by 2022.

An increased wage is what employees deserve. Since the 1960s, worker productivity has nearly doubled, while the minimum wage has largely remained stagnant. If workers were paid the corresponding wage for productivity growth, the wage would be nearly $19/hr today nationally, according to the Economic Policy Institute. Passing the proposed bill would ensure that workers are getting paid fairly in proportion to their efforts.

Genice, who described the minimum wage as an “everyday struggle” from making rent to buying groceries, carries a message that resonates with thousands of working class employees. The inadequate pay can even complicate transportation, from struggling to pay for a bus fare or renting a car to get to work, her co-worker Andre Worthington said. Another co-worker, David Mathewson, agreed, jokingly attributing the lack of legislation to “a big orange head in office,” before nodding when Worthington said it all: the $15 minimum wage “should’ve happened a long time ago.”

While opponents argue the $15 minimum wage would adversely affect local businesses who can’t afford to pay workers on this increased salary, historical and current trends show otherwise. In states that raised their minimum wages, the increased pay allows workers to buy more goods and services, in turn increasing demand and even allowing businesses to hire more employees, a 2015 study from Integrity Florida—a nonpartisan, nonprofit research institute—reported.

Increasing the minimum wage would also foster better connections between employees and employers with the increased incentive to work, motivating workers to stay longer in their jobs and increasing worker productivity. By reducing turnover rates, businesses can actually save money with lower training costs, economic analyst Ben Zipperer said.

20 states have already committed to raising their minimum wages so far in 2017. It’s time Montgomery County joins the fight for $15 per hour. Every member of our community deserves a paycheck that reflects both their efforts and the costs around them; they deserve paychecks that reflect reality. 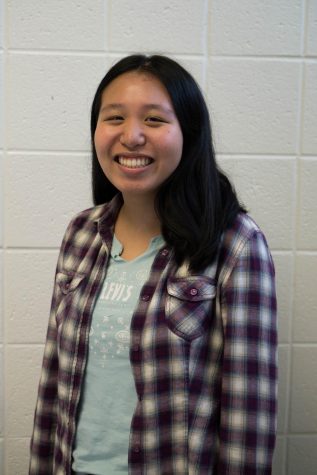 I joined B&W because I was interested in writing and reporting.

Chances are, at some point, you’ve tried to help someone and ended up hurting them instead. Whether it’s offering someone advice or lending someone homework that happened to be wrong, these mistakes are a part of life. But they reveal an important lesson: intentions don’t always equate to results.

This lesson is the very reason that the Montgomery County Council should reject Bill 28-17, the “Fight for $15” bill. The unfortunate reality is, raising the minimum wage to $15 is a cure worse than the disease: it will only end up harming the people it hopes to help.

Raising the minimum wage will increase labor costs for businesses, and it’s unrealistic to believe that they’ll just sit back and take the extra costs. A higher wage will force businesses, especially smaller ones, to cut down on employees and their hours to compensate for their losses.

In Seattle, where legislators passed a bill similar to the one the council is considering, we’ve already seen these unfortunate results. After raising its wage from $9.32 to $13/hr, the average worker’s hours have decreased by nine percent, which translates into an average loss of $125 a month per worker, a nonpartisan University of Washington study found. Overall, the authors estimated that the higher wage cost the city 5,000 jobs.

Furthermore, many businesses will look to raise the prices of their goods if cutting payroll doesn’t fully make up for increased labor costs. If Montgomery County raises the minimum wage, “we’ll just end up raising the prices of the product there a little bit to cover some of those expenses,” Bethesda Bagels owner Steve Fleishman said. “It’s a shame, but that’s what ends up happening: we end up passing it along. As a business owner, you can’t end up eating all these expenses and not have it go somewhere.”

The result will be that even if some workers have more money in their wallets, they are afforded less for the same dollar, and in the end, their quality of life won’t change. Those who don’t have jobs, or have lost their jobs, will find it even harder to afford basic necessities.

Because of these problems, a strong majority of US-based economists—72 percent—oppose a $15 minimum wage, according to a nonpartisan 2015 University of New Hampshire survey.

The bill’s proponents argue that because the bill would increase the wage gradually, the effects of unemployment wouldn’t be as pronounced. But the fact that the increase takes several years doesn’t affect a business’s decision calculus. Paying workers $15 an hour four years from now is almost as undesirable as paying them $15 an hour tomorrow. Although the harmful effects of a raised wage may be delayed under this bill, they will still materialize. 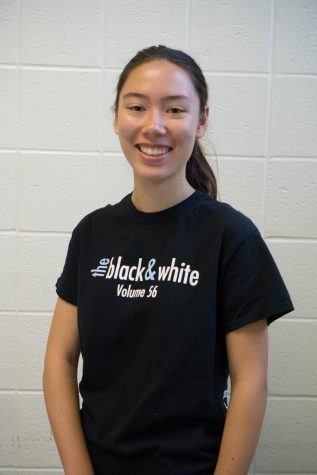