By Tiger Bjornlund and Amy Nankin

Several interviewed students asked to remain anonymous. Sophomore girl 1 will be referred to as Jill, sophomore girl 2 as Cathy and junior girl 1 as Allison. To uncover student experiences and thoughts concerning mental health at Whitman, the Black & White conducted an anonymous survey throughout seven math classes in late December, receiving answers from 155 students representing all grades.

The concept of mental health is nearly impossible to fully define. When asked the first word that comes to mind when thinking about mental health, Whitman students answered with words ranging from “balance” to “suicide,” with many in between.

Though the term “mental health” often carries a negative connotation, everyone has a certain level of mental health, including those who are healthy, counselor Kenneth Putt said.

“The extreme end of the spectrum is the kids who have a real diagnosis of [a mental illness],” Putt said.

Mental health issues in the nation’s high schools are more widespread than what many believe, according to a 2016 NPR article. An estimated 20 percent of American teens suffer from diagnosed mental illnesses, according to the Centers for Disease Prevention and Control. At Whitman, however, more than 40 percent of students reported experiencing symptoms of mental health conditions, the Black & White survey found.

Depression is among the most commonly diagnosed conditions. Nearly 12 percent of teens are diagnosed with severe depression, according to a 2015 NIH study. Whitman’s numbers are double—nearly 25 percent of surveyed students reported experiencing some degree of depression, the B&W survey found.

“There are mental health issues that arise here at Whitman with stress,” Putt said. “Kids get so anxious about coming to school because there’s so much pressure on them that some refuse to come to school.”

While many students can label their conditions with a name, each person’s experience and personal struggle with mental health is vastly different from the next.

Sophomore Jill, who struggled with anorexia for more than two years, said dealing with school became an even larger burden after the onset of anorexia.

“I missed a lot of school, but [anorexia] also played with my focus a lot in class,” Jill said. “When I was trying to recover—especially in this tough academic climate—I would sacrifice recovery to keep up with the pace of school. It didn’t give me a lot of time to think about me and my recovery.”

While many of her peers, teachers and counselors sympathized with her struggle, they weren’t always as helpful as outside therapists, Jill said.

“I felt like a lot of my teachers and the counselors didn’t really understand,” Jill said. “I definitely think that there’s a lack of understanding of what these mental challenges are.”

It made my life so much easier being diagnosed with anxiety and getting real help to take control of the situation and my life.

Her most trusted outlets during this period became her friends and family; Jill felt that she never developed a strong relationship with her school counselor. Since MCPS counselors aren’t trained psychologists, they must refer students to outside therapy, which makes it difficult for counselors to act as a sole reference for mental health help, Jill said.

“We don’t see kids on a daily basis,” Putt said. “I have kids who come to me with straight A’s and they’re smiling, and I have no idea what struggles they’re going through.”

Anxiety is also prevalent among Whitman students, Putt said. Sophomore Cathy is one of the many students who suffer from severe anxiety. Before receiving medication for anxiety, Cathy felt anxious about nearly everything—even things as simple as forgetting her homework, she said.

“If [students] forgot their homework and the teacher was coming around and checking, they would be anxious,” Cathy said. “For me, if that happened, I would go and throw up because I was so nervous.”

The pressure to succeed in school, coupled with anxiety, heightened her symptoms, she said.

“Whitman is such a competitive environment that it enhances nerves,” Cathy said. “Everyone’s already anxious about work, and so when you have anxiety and get nervous about things more easily, it just gets that much worse.”

Cathy assumed this was just stress that everyone went through, so it was difficult to discover that her anxiety wasn’t typical.  Upon talking with her peers, though, Cathy realized that what she was feeling was more than typical stress, she said. Eventually, she was able to find others who had come to similar conclusions about their own mental wellbeing.

“The combination of talking to people and taking anxiety medication really helped me realize that I’m not the only one who feels the way I feel, and a lot of other people feel the same way, so I’m not alone,” Cathy said. “It made my life so much easier being diagnosed with anxiety and getting real help to take control of the situation and my life.”

A diagnosis is often key in treatment of mental illness. Junior Allison was diagnosed with depression in seventh grade. Her symptoms include a lack of motivation, which makes school difficult for her.

“It’s harder to speak up in class and share my opinion,” Allison said. “Having a rigorous course load and a lot of work makes [school] harder to deal with because when I feel unmotivated, it’s harder to get stuff done.”

Although she still goes through periods of discouragement, Allison has realized that talking to people about what she feels continues to help her get through rough patches, she said.

“Just always talk to people,” Allison said. “If you feel comfortable enough, then talking to someone who you do know can be really helpful because they’re able to be there for you.”

“Adolescence and early adulthood is a time of heightened risk for developing mood, anxiety and other mental health problems,” Brotman said. “I think it’s essential that the community continue to support a culture of students, parents and staff feeling empowered to ask for help and consult a mental health professional if they or someone they know appears to be struggling.”

Yet, many students don’t seem to understand the extent to which mental health affects their peers. Most students didn’t think that a large percentage of Whitman students struggled with mental health, but most also responded saying that they and their classmates were at least mostly aware of mental health at Whitman, according to the B&W poll.

This stuff hurts and it’s terrible, but it’s not something that you have to go through alone. It’s not terminal, and it is preventable.

This lack of understanding is why Whitman’s SGA decided to create a mental illness awareness week in February, senior Keara Sullivan said. Although the month of February is normally filled with LLS fundraisers, the week of Feb. 6-10 will focus on increasing awareness for mental health at Whitman, rather than raising money.

For those affected by mental health conditions, the week will highlight the resources already available at Whitman, junior Ray Crist said.

“We hope to make some of these resources known throughout the week,” Crist said. “We hope that by spreading our message, students who suffer from mental illness already will be inspired to take advantage of the resources at school and maybe get help for themselves down the line.”

Student-run clubs, including Sources of Strength and umttr, are among the resources at Whitman available for students struggling with mental health, though they are open to all students.

Umttr was founded in 2013 by a group of Churchill students after the tragic suicide of their classmate, Evan Rosenstock. The club has branches at local high schools and partners with national associations like the National Alliance on Mental Illness and former first lady Michelle Obama’s Campaign to Change Direction.

“Umttr aims to stop the stigma around suicide and create an environment where every life matters,” senior club leader Hannah Kay said. “We want to provide a place of caring and mental well-being support where teens and adults can have the privacy of a place to talk to anyone who will listen and not judge.” 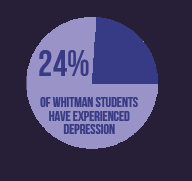 Sources of Strength focuses on teaching students how to talk with peers who are suffering, junior Madison Holt said.

“Sources of Strength was started to help spread awareness and positivity,” Holt said. “The club is focused on spreading hope, health and strength through student connectors, who provide support and friendship to those who need it.”

All of the interviewed students who had suffered or continue to suffer from mental health conditions agreed on one thing: regardless of whether it’s a club, friend, counselor, doctor or family member, it’s important for anyone who thinks they might be suffering from a mental health condition to reach out, get help and take control.

“Staying bottled up doesn’t help. You need to talk to people because you can’t stay in yourself forever: you’re going to explode,” Jill said. “This stuff hurts and it’s terrible, but it’s not something that you have to go through alone. It’s not terminal, and it is preventable.” 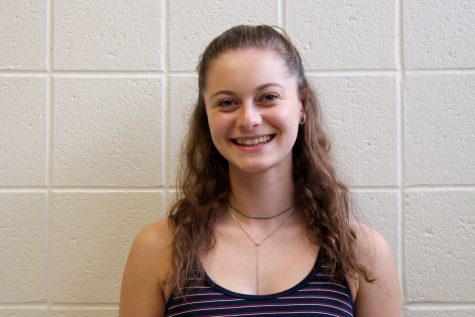 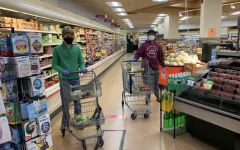 Like many other students in the past two months, junior Megan O’Hara was bored in quarantine and scrolling through her Instagram feed. While doing s... 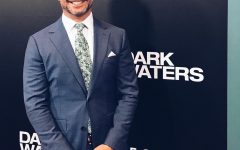 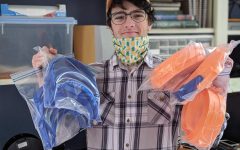