The Black and White • September 22, 2022 • https://theblackandwhite.net/73084/sports/girls-volleyball-outlasts-blair-in-dramatic-four-set-victory/ 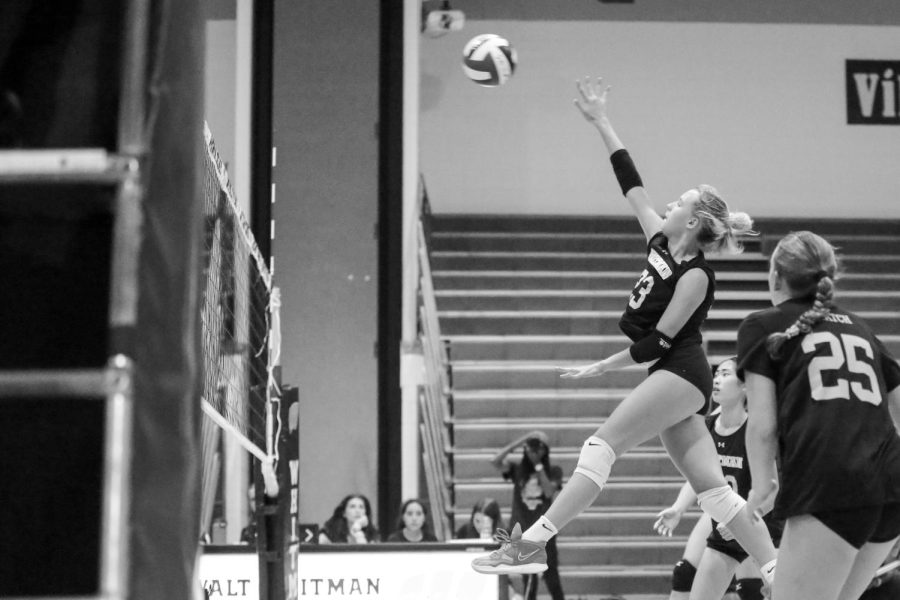 The girls volleyball team (2–2) took down the Montgomery Blair Blazers (0–4) on Tuesday in a four set battle.

The Vikes wasted no time grabbing an early lead, taking the first set 25–20 over the Blazers. The Vikes tremendous communication was on display early, setting the tone for a dominant performance. After taking the second set 25–17, the Vikes were looking for another straight set victory. However, the Blazers came storming back in the third set, winning 25–18. That wasn’t enough to throw off the Vikes, however, as the team remained focused and never lost confidence. The Vikes snuffed out Blair’s comeback with a vengeance in the fourth set, smoking the Blazers 25–13 to seal the victory.

“I think this time we really communicated super well,” Solà-Solé said. “The environment on the court was kind of off during our first two home games. [We’ve been] practicing and playing together a little bit more and I think that really showed up for us today.”

The Vikes will look to extend their winning streak to three on Thursday when they visit the Rockville Rams (1–4) at 6:30 pm.

Alessia Pedrazzini is a news writer for The Black & White.