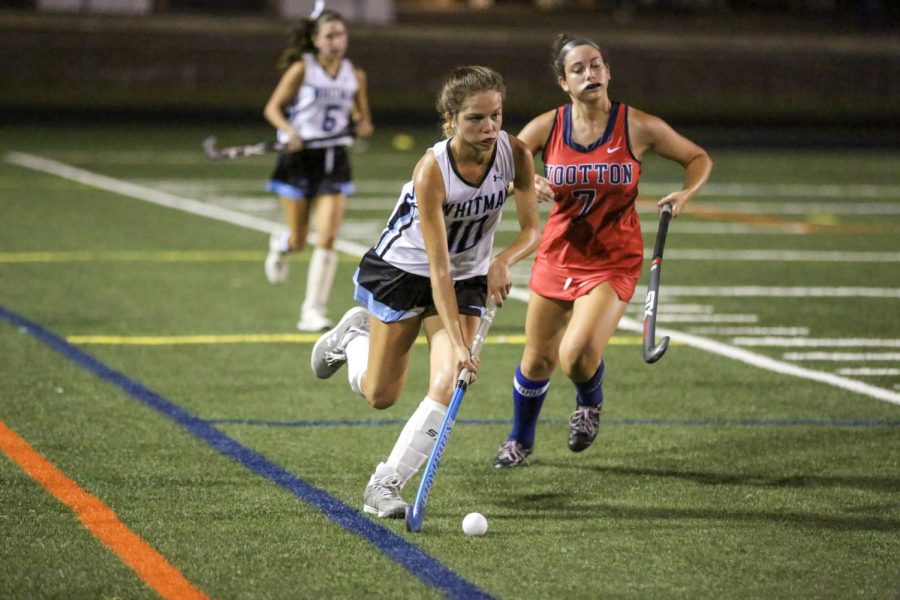 The Vikes stayed strong throughout the first half, controlling the ball for the majority of the half. The game stayed tied 0–0 through the first quarter, with neither team having many scoring opportunities. The Patriots had one corner, but the Vikes defense was too strong to let the ball into the net. Wootton put up a good fight, but not good enough for junior Birgit Luteijn who found the back of the net during the second quarter.

The game continued into the second half 1–0 with the Vikes staying in control. Whitman barley let Wootton push the ball past mid-field, staying on top of the offense. After a nullified goal in the third quarter, the Vikes stuck with their one goal lead heading into the final quarter of play.

The Patriots defense was scrapy all night, however, the Vikes was even stronger, preserving the shut out and giving the Vikes a 1–0 victory.

The Vikes will travel to Churchill on Thursday to take on the Bulldogs (2–0) at 4:15 pm and look to keep their undefeated season alive.