The Black and White • September 18, 2022 • https://theblackandwhite.net/73026/sports/week-2-three-keys-for-a-commanders-victory-over-the-lions/

Week 2: Three keys for a Commanders victory over the Lions 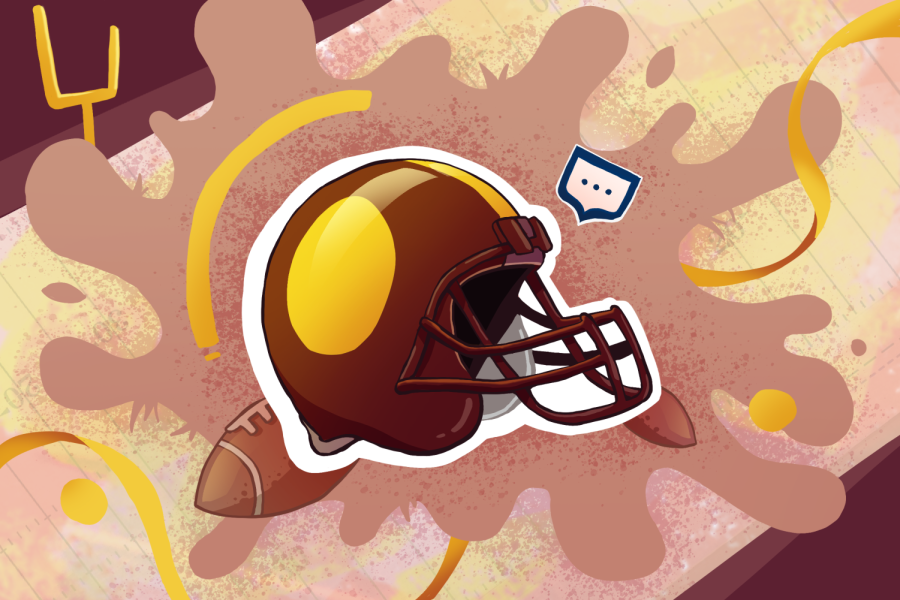 If the Commanders are able to shut down D'Andre Swift while also getting pressure in Jared Goff’s face, they will be in great shape to take down the Lions.

After a spirited victory over the Jacksonville Jaguars, the Washington Commanders picked up their first Week 1 victory since 2020. If Washington wants to start the season 2–0, they will have to take down the Detroit Lions on the road. The Lions are coming off a narrow loss to the Philadelphia Eagles after a courageous comeback attempt fell short. Both Washington and Detroit are built with young, talented cores that have many strengths and weaknesses.

Here are three keys for the Commanders to knock off the Lions:

The Lions prolific rushing attack was on full display in Week 1. Third year running back D’Andre Swift ran for 144 yards and a touchdown on just 15 carries. Jamaal Williams also added two touchdowns on the ground as the Eagles struggled to find a solution. Back in our nation’s capital, the Commanders struggled to contain the Jaguars rushing duo of Travis Etienne and James Robinson. The two combined for 113 yards and a touchdown on 15 carries. Washington’s generous defensive spacing allowed plenty of room for the Jaguars running backs to rack up their astonishingly efficient stat lines. Now going against Swift and Williams, Washington’s defense must quickly close gaps and secure all of their tackles. If they can minimize Detroit’s biggest weapon, the Lions will be forced to turn to the passing attack, a much weaker point of their offense.

Washington’s front seven played a huge part in limiting the Jaguars offense last week. They pressured quarterback Trevor Lawrence an astounding 15 times while sacking him twice. Such high pressure led to many mistakes for Lawrence, including the game-sealing interception. The defensive line will once again be put to the test by a young and talented Lions O-line. PFF projects Detroit to have the third best line in the league while the Jaguars fall at a meager 26th. This means the defensive line will have to step up their game to a new level. Several unfortunate injuries on the Lion’s interior line should give Washington a break, but the Lions still have first-round picks Penei Sewell and Taylor Decker at the tackle position. These two standouts helped limit the talented Eagles defensive line to only six pressures and one sack. Ample time in the pocket gave Lions quarterback Jared Goff more opportunities to succeed, allowing him to throw two touchdowns with just one interception against a stingy Eagles defense. Unlike Lawrence however, Goff is not a good quarterback when pressured due to his deteriorating athleticism. If the Commanders want to hinder the Lion’s explosive offense, they must get to Goff quickly and consistently, while also looking to force multiple turnovers.

Flashback to 2021, in Week 1 against the Chargers, Terry McLaurin saw just four targets and hauled them all in for 62 yards. After the game, everybody knew that going forward McLaurin needed a lot more targets. Just a few days later in a Thursday Night Football thriller, Washington did exactly that. McLaurin went off with 11 catches for 107 yards and a touchdown. Fast forward back to last week, and McLaurin had just one catch for nine yards heading into the fourth quarter. A game plan of checkdowns and screens served the team well at the beginning of the game but slowly became ineffective as the Jacksonville defense adapted. Wentz hardly looked in McLaurin’s direction for most of the game, opting to feed wide receiver Curtis Samuel and running back Antonio Gibson instead. Down 22–14 on the Jaguars 49-yard line, McLaurin burst down field while blowing by his defender. Wentz found him with an amazing throw which McLaurin ran the final nine yards for a touchdown. This play sparked life in a previously sluggish Washington offense. Washington’s passing game is primed to succeed against a poor Detroit secondary. As a proven receiver who is ready to make a big play every game, McLaurin should get more targets so the Commanders offense can wreak havoc against the Lions.

Washington’s matchup with Detroit is a contender for game of the week with plenty of potential and uncertainty. For the first time in 24 games, the Lions are not the underdogs, with the spread favoring them by one point. A win for Wasington would silence the doubters and give them a two game winning streak to begin the year. If the Commanders are able to shut down Swift while also getting pressure in Goff’s face, they will be in great shape to take down the Lions.