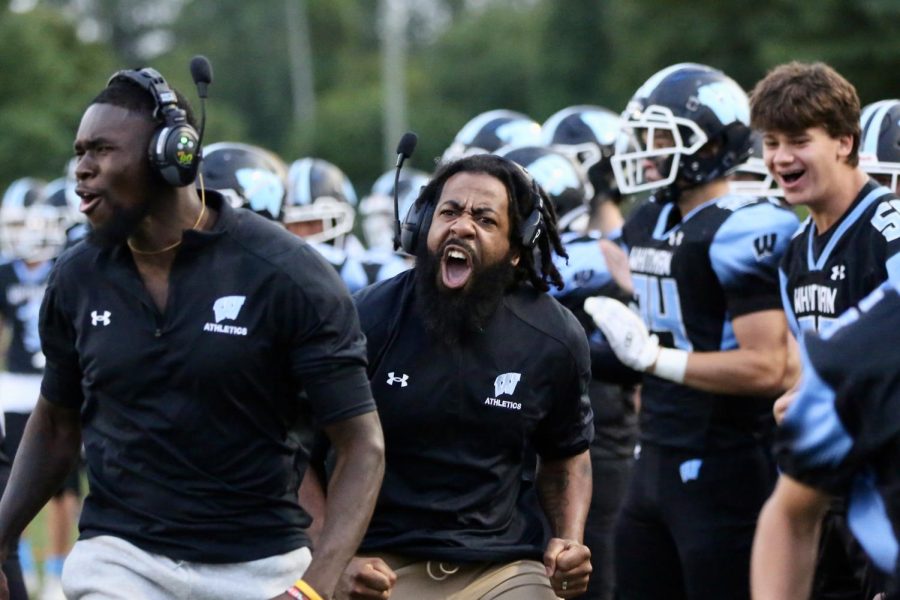 After two rough losses to begin the season, the Vikes knew they had a real shot at victory heading into the night. Unfortunately, the Titans had others plans, returning the opening kickoff 80 yards for an early touchdown. A stellar tackle from senior Ben Tummonds prevented the Titans from converting the two point conversion, giving the ball to the Vikes only trailing by six.

The offense knew they needed to get points early if they wanted to stay in the game and that’s exactly what they did. Senior quarterback Rohin Dahiya marched the offense down the field and connected with sophomore Thomas Farrell for a touchdown, knotting the score up at six apiece. The Vikes followed up the impressive drive with a stop on defense to get the ball back. Once again, Dahiya found Farrell for another touchdown, making the score 12–6 in favor of the Vikes. After a botched kickoff and two fumbles from the Titans, the Vikes capitalized two more times on touchdowns from junior Ben Schlotterer and senior Will Cashin, taking a 26–6 lead into halftime.

After a long halftime break that included the induction of the newest Whitman Athletics hall of fame class, the Vikes looked to slow the tempo and drain the clock. Unfortunately, the Titans adjusted their game plan at the half and completely shut down the Vikes offense. After scoring 22 unanswered points, the Titans took a 28–26 lead with just four minutes left to play in the game. The Vikes would have to march 80 yards down the field to pick up their first win since 2019. The offense marched all the way to the Titans 40-yard line, but facing a fourth down and long, Dahiya was pressured and ultimately had his pass intercepted.

Although the game didn’t end the way the Vikes wanted, it was undoubtedly their best performance of the season. The Vikes will travel to Seneca Valley next Friday to take on the Screaming Eagles (3–0).

Rohin Dahiya is the photo director for The Black & White.