The Black and White • September 15, 2022 • https://theblackandwhite.net/72987/sports/girls-volleyball-suffers-defeat-against-einstein-in-straight-sets/ 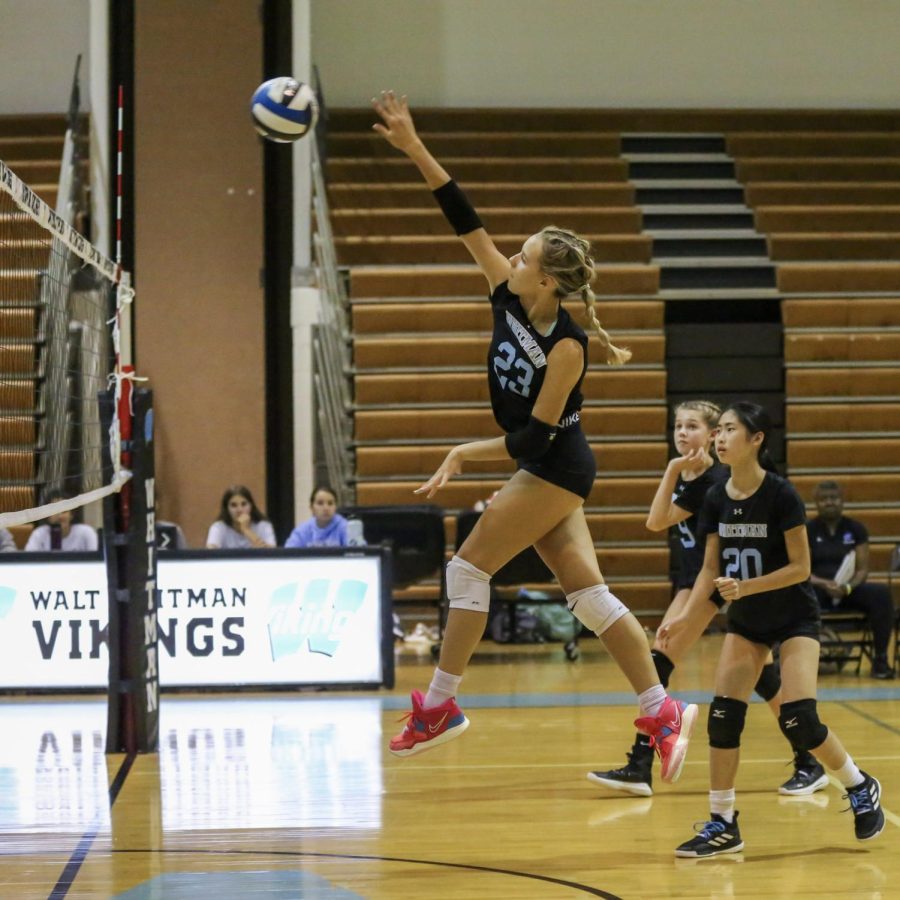 The girls volleyball team (0–2) lost to the Einstein Titans (1–2) on Tuesday in straight sets.

Although the Vikes dropped three consecutive sets to the Titans, each set was competitive and the team gained momentum as the game progressed. The first set ended up in an 18–25 battle where the Titans came away victorious. In the second set, the Vikes looked dominant at the start but were unable to hold on, and the Titans fought back, ultimately winning the set 23–25.

The third set was by far the most exciting, with an impressive performance from freshman middle hitter Raegan Lentz, who kept things even throughout the whole set. The Vikes went toe to toe with the Titans until the very end, unfortunately dropping the final set 25–27, ending the match.

The Vikes will look to get in the win column for the first time this season on Thursday when they visit the Springbrook Blue Devils (0–3) at 6:30 pm.