The Black and White • September 2, 2022 • https://theblackandwhite.net/72842/news/new-high-school-wellness-centers-not-on-track-to-be-fully-staffed-until-december/ 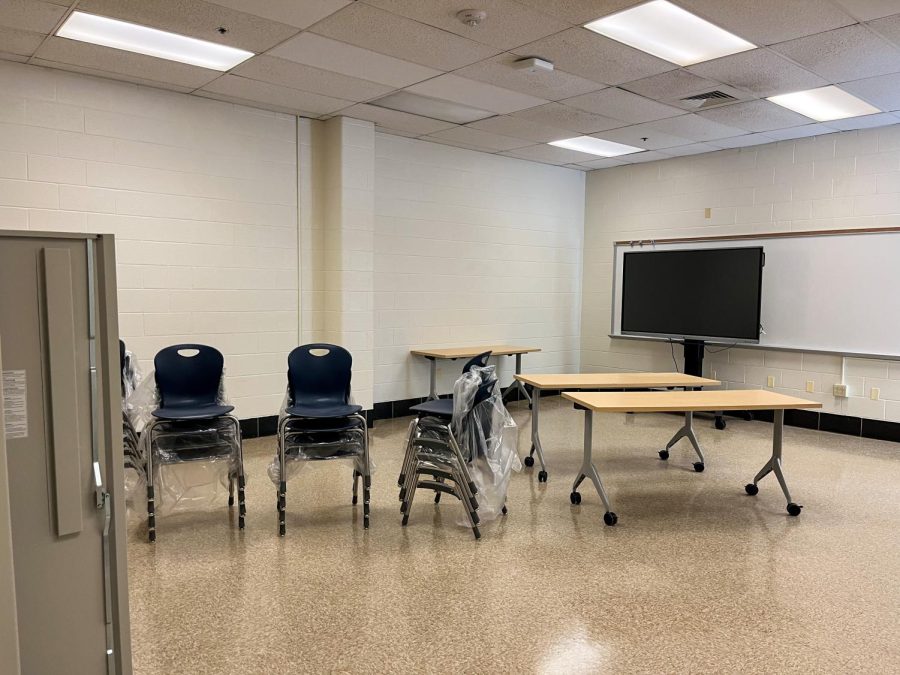 Pictured: Walt Whitman High School's new wellness center. While all high schools now contain wellness centers, only the six centers that were operational during the 2021-2022 school year are currently open.

Newly constructed wellness centers at 19 MCPS high schools are not on track to open until December due to staffing challenges, according to the Montgomery County Department of Health and Human Services (DHHS).

DHHS’ updated timeframe for staffing the centers marks a departure from MCPS officials’ statements at a Board of Education meeting in June, when MCPS Director of Facilities Management Seth Adams said that he expected the new spaces to be operational by the first day of school. While all high schools now contain wellness centers, only the six centers that were operational during the 2021-2022 school year are currently open, said DHHS Senior Administrator for School Health Services Mark Hodge. The delays in opening the new centers are driven by a lack of mental health professionals to staff them, he said.

The Department is “hoping” to staff as many centers as possible by the end of October, and aims to provide full staffing for each school’s space by December, according to Hodge. The newly installed centers are temporary, and DHHS plans to convert four centers each year into fully operational School-Based Health and Wellness Centers that offer additional services, he said.

MCPS constructed the wellness spaces over the summer after the Montgomery County Council passed an $8 million appropriation for the projects in April. Under an arrangement between the school district and county government, DHHS is responsible for hiring and training a case manager and social worker to serve in each school’s center, according to Hodge.

“The challenge right now with the addition of all these wellness spaces is that DHHS had to do some hiring to fill the positions to staff the wellness centers – and that’s ongoing,” said Board of Education member Lynne Harris. “I’ve been to several high schools where the wellness space is there. But there’s nobody in it right now, because DHHS is still hiring and onboarding that staff.”

The County Council set aside funds in early July for DHHS to hire staff for the centers and the Department plans to hire a social worker and case manager for each school, according to Hodge. However, declining enrollment in local social work and nursing schools has forced the DHHS to look elsewhere for new employees.

“We are trying to recruit outside of Montgomery County as much as possible and even outside the state of Maryland,” Hodge said. “And when that occurs, [employees] will have to then spend a little bit of time becoming licensed in the state of Maryland to be able to provide those services.”

DHHS and MCPS plan to install a full wellness center in each high school. The full centers will include a health room, lab rooms, exam rooms and offices for a nurse practitioner and a pediatrician. The full centers will also contain activity rooms, offices and conference rooms that provide therapy, group therapy and positive youth development activities, according to Hodge.

In response to calls for greater mental health support in schools, MCPS hired additional social workers for the 2022-2023 school year. With an influx of new school-based mental health professionals from both the school district and DHHS, Harris also expressed concerns over the two agencies’ ability to jointly operate the centers.

“How are they working together? How are they collaborating?” Harris said. “How will we ensure that wherever a staff or student member goes to get help and services, they get them, and that they’re not ping-ponged back and forth?”

The new wellness centers are the main item on the agenda for an upcoming Board meeting on September 8. Harris said that she expects to receive an update on the status of the centers’ staffing, and plans to ask officials about how newly-hired mental health professionals can best support students and staff once the centers are operational.

“It’s getting the grownups to sit down and roll up their sleeves and say: ‘How are we going to make this work?’” Harris said. “To me, that’s how every conversation should start.”