The Black and White • August 29, 2022 • https://theblackandwhite.net/72833/feature/he-understands-us-intro-to-engineering-teacher-kevin-pope-retires-after-24-years-at-whitman/

“He understands us”: Intro to Engineering teacher Kevin Pope retires after 24 years at Whitman 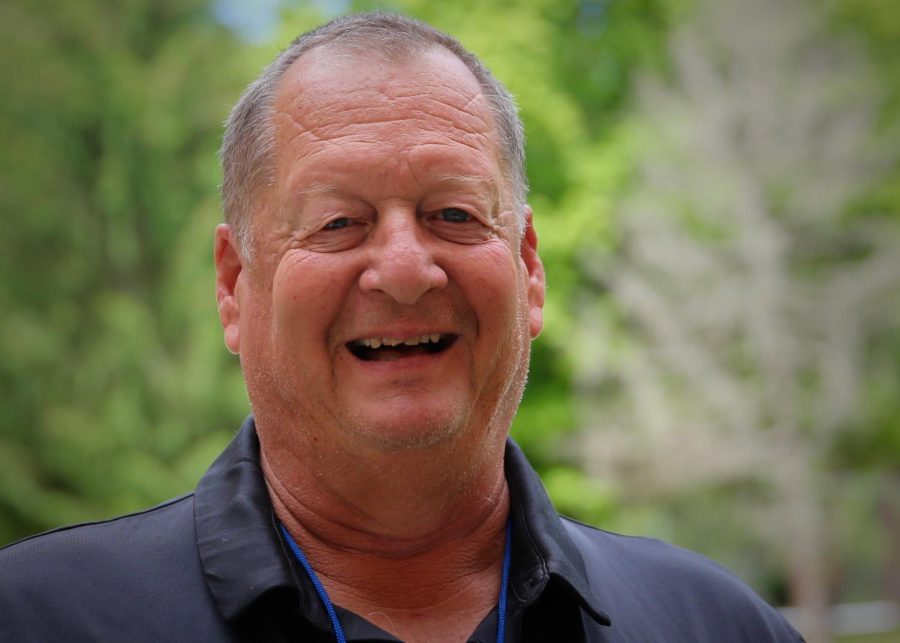 After a career devoted to inspiring future engineers and a combined 15-year tenure coaching both the boys and girls lacrosse teams, Pope retired at the end of the 2021-2022 school year.

For 24 years, Introduction to Engineering (IED) teacher Kevin Pope has encouraged hard work in the classroom and on the lacrosse field. After a career devoted to inspiring future engineers and a combined 15-year tenure coaching both the boys and girls lacrosse teams, Pope retired at the end of the 2021-2022 school year.

During his time at Whitman, Pope introduced students to the engineering industry, enhanced their problem-solving skills and promoted creative thinking through active manufacturing and design activities. His lessons reflected a clear passion for technology and encourage students to pursue their interests in engineering and the design process, senior Victoria Alveberg said.

Before landing his first teaching job at Whitman in 2003, Pope taught woodworking and carpentry at Catoctin High School in Frederick County for six years, but left in 1997 to teach Tech Ed at Kenmore Middle School in Arlington County. In 1998, he joined the Whitman community as the school’s boys lacrosse coach and five years later, he took a job as a part-time tech educator and a “Get Organized” teacher. Then, in 2005, Pope taught his first IED course.

Pope has a passion for teaching mechanical processes, using tools for problem-solving and reminding students of the effect that technology has on humans, he said. As a student at SUNY Oswego in New York, he quickly took interest in engineering after a history of technology course taught him about the wide-reaching impacts of technological advancement.

“As technology develops, the world develops,” Pope said. “And so that was sort of a very striking theory to me.”

Pope skillfully operates mechanical machinery and taught his lessons at the school’s woodworking lab during his first years at the school, he said. As an industrial arts teacher, he played an integral part in forming Whitman’s robotics club, which has flourished since its beginnings in the early 2000s. Pope served as the group’s first teacher sponsor and offered his classroom as a workspace as the club continued to expand.

“I’m sad to see him go,” Krueger said. “He’s been here a long time and he’s helped me get my feet set and get acclimated to teaching IED.”

“Every season has just been wonderful,” Pope said. “I love coaching, and I love the athletes.”

In retirement, Pope wants to travel the East Coast and find time to use his woodworking skills, he said. The engineering teacher recently enrolled in a boat-building school in Annapolis and plans to construct a 17-foot sailboat that he’ll use to explore lakes across the United States. After 24 years as a teacher, Pope said that he hopes that his time as a boat-building student will be a gratifying opportunity to refine his woodworking techniques.

“I feel really good about retiring,” Pope said. “I never thought I’d get this far, but I also know that I need to find something else to do to keep occupied. You just have to keep going, keep stimulated, [and] keep active.”

More than two decades after Pope first donned his Whitman lacrosse cap and taught his first lesson at the school, he has developed an admiration for his students’ unique work ethic.

“I really enjoyed my time here,” Pope said. “What I love about this school is the integrity of the students; I’ve taught in a few places and this has been one of the best.”