The Black and White • May 29, 2022 • https://theblackandwhite.net/72411/news/approximately-6-5-of-mcps-teachers-to-resign-or-retire-by-end-of-year-departures-increase-districtwide/

Approximately 6.5% of MCPS teachers to resign or retire by end of year; departures increase districtwide 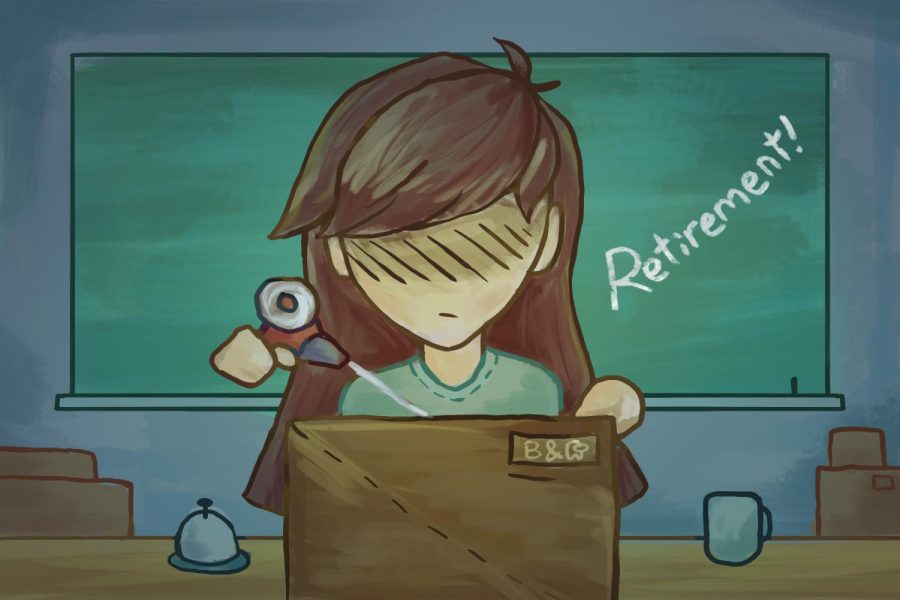 Almost 860 MCPS teachers are resigning or retiring from their positions by the end of the school year. The latest figure represents approximately 6.5% of the school district’s teaching staff.

Nearly 860 MCPS teachers are resigning or retiring from their positions by the end of the school year, according to the MCPS Department of Staffing and Certification. The latest figure represents approximately 6.5% of the school district’s teaching staff, a notable increase from the 4% of educators who left the school district last year.

However, the latest resignation numbers may reflect a broader trend of teachers permanently exiting the classroom, according to Montgomery County Education Association (MCEA) President Jennifer Martin.

“The level of dignity and respect that teachers are afforded has really been diminished,” Martin said. “A number of folks I’ve talked to have told me they’re leaving the profession altogether… They’re just simply done trying to be a teacher.”

Since the start of the school year, MCPS has struggled with teacher shortages, and as teachers continue to resign and retire at unprecedented rates, the MCEA has renewed its push for more teacher planning time, less standardized testing and greater teacher input in the curriculum, Martin said.

Spanish teacher Rebecca Zatz believes that heightened expectations with little flexibility may be contributing to the uptick in teacher resignations, she said.

“I think the expectation for teachers is always very high, as it is for students,” Zatz said. But many people that I’ve spoken to don’t feel like teachers are getting the grace that we all talked about in the pandemic.”

During the second semester of the 2020-2021 school year, MCPS allowed students to enroll in two courses Pass/Fail and in March 2021, the U.S. Department of Education waived standardized testing requirements for Maryland’s school districts.

For educators like history teacher Colin O’Brien, keeping students engaged in the classroom is also more difficult than in previous years because students have become reliant on easy access to technology, he said. O’Brien added that after two years of virtual learning, students have become more accustomed to using technology in class.

“I get very frustrated, and it’s draining to me to compete with the technology,” O’Brien said. “I will see kids playing video games while I’m talking. They’re on their phones and there’s not really anything I can do.”

Since the start of the school year, substitute teacher shortages have also forced educators to cover classes during their lunch periods and planning time. With no end to the district’s personnel shortage in sight, Zatz believes that hiring additional substitute teachers could help alleviate the burden of providing coverage for other classes, she said.

“I think a huge thing on the county level is making sure we have a robust system where they are recruiting people who can support schools,” Zatz said. “Because if a teacher has to go cover a science class during their planning time, that’s time lost.”

To reduce teacher departures, the school district plans also to work closely with the MCEA this summer to improve professional development, MCPS Chief of Human Resources and Development Dr. Helen Nixon said in an interview.

In April, the MCEA endorsed County Executive Marc Elrich’s budget proposal that would provide the Board of Education with nearly 99% of the funds that they requested. Still, the union’s leaders continue to push for additional reforms and policy changes that reduce burdens on educators.

“We need more time to do individual planning and preparation for our students,” Martin said. “We need to have solutions be based much more locally rather than imposed from above for the challenges that we face and that requires respecting the expertise and professionalism of the classroom teacher.”