The Black and White • May 26, 2022 • https://theblackandwhite.net/72391/opinion/ive-always-been-pro-choice-life-after-sexual-assault-only-strengthened-my-opinion/

I’ve always been pro-choice. Life after sexual assault only strengthened my opinion. 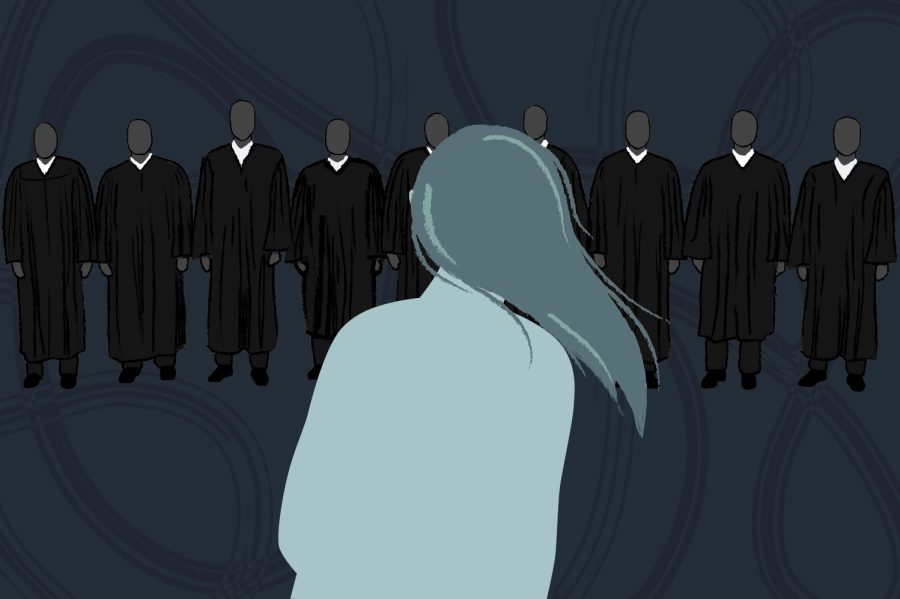 This ruling matters. It matters for me and for the countless women and girls who have been sexually assaulted.

I felt powerless and fragile.

I told him I was tired.

He had pinned down my hands — digging them into the fabric of the backseat of his car and preventing me from moving. With his fingers wrapped around my throat, I focused on breathing in and out through my nose. I tried my best to resist his hand on the back of my head holding me down. But it was clear — he had made up his mind. Eventually, I gave in. Closing my eyes and pretending I wasn’t on the verge of tears, I patiently waited for him to stop. The whole time I kept thinking to myself, “I never said yes.”

After it was over, he drove me home, insisting I keep what happened a secret.

When I walked through my front door, I immediately ran up the stairs to my bedroom and shut the door. Wanting the smell and feel of him gone, I removed my clothes and shoved them into the back of my closet — out of sight. In the bathroom, I examined myself in the mirror. My lip was bleeding and there was a purple hickey just below my collarbone. I was disgusted by the reflection staring back at me. Despite showering only a few hours earlier, I scrubbed every inch of my skin until it was raw in a hopeless attempt to erase the feeling of his touch. It wasn’t until I stepped out of the shower that I noticed the tears streaming down my face.

On Sunday, my best friend assured me that keeping his “secret” wasn’t my responsibility, and together, we drove to the police station. In a dimly-lit interview room, my friend sat by my side as I held back tears, recounting to the police officer the events that had occurred only 48 hours prior. I was cautious, making sure to leave out any identifying details, only describing hypotheticals and carefully considering the significance of each word that left my mouth. When I finished speaking, an uncomfortably long silence settled between the three of us before the officer read aloud the definition of first-degree rape. The officer then stated that because my assaulter was so close to his 18th birthday, he would be tried as an adult in court if I chose to press charges. So, despite the officer’s repeated encouragement to file a report, I left the police station that day knowing I’d never return.

On May 2, Politico published a leaked draft of the Supreme Court opinion on the case Dobbs v. Jackson Women’s Health Organization. In the ruling, the court’s justices determined whether the state of Mississippi could ban abortions after the first 15 weeks of pregnancy, and ultimately also considered the constitutionality of abortion itself.

The leaked ruling would overturn the landmark Roe v. Wade decision, which has protected  abortion as a federal constitutional right for nearly 50 years. While the final Supreme Court decision is expected by the end of June, the leaked draft sent shockwaves across the country.

If the draft is adopted by the court, approximately half of states will immediately ban abortions due to trigger laws, and even more may eventually pass legislation illegalizing abortions. The leaked draft opinion offers no exception for rape or incest, aligning with the belief held by many anti-abortion Americans that pregnancy should be preserved at every cost. Even if rape or incest provisions were included, the burden of proof still falls on the victim. Still, some advocates of abortion bans, see pregnancies from rape as an “opportunity” for women. Sexual assault often has long-term psychological effects on survivors, including post-traumatic stress disorder (PTSD), depression, flashbacks and sleep disorders, directly conflicting with the positive connotation suggested by the word “opportunity.”

This ruling matters. It matters for me and for the countless women and girls who have been sexually assaulted.

The weeks following my assault were miserable, but I considered myself lucky because I wasn’t pregnant. I didn’t have to manage the expenses, hormones, worries and complications that often accompany teen pregnancy, and I can’t begin to imagine the amount of emotional courage one would need to gather to carry a pregnancy to term after having their sense of control and personal safety violated.

Abortions are basic healthcare. Everyone who wants an abortion should have that as an option. Banning abortions won’t stop them from happening, but it will simply stop safe abortions from taking place and damage women’s reproductive systems. Nearly three million women in the U.S. have experienced rape-related pregnancy, and while these circumstances may not be behind most abortions, it’s vital that people have the freedom to obtain one regardless of their reasoning.

Sharing my intimate story fills my body with fear, but the notion that millions of people might lose access to abortion terrifies me more. It hasn’t even been six weeks since I promised him I’d keep that secret, but I refuse to stay silent and watch as millions of people are denied a human right.