The Black and White • May 19, 2022 • https://theblackandwhite.net/72332/sports/softball-season-comes-to-a-close-after-falling-10-3-to-churchill-in-regional-final/ 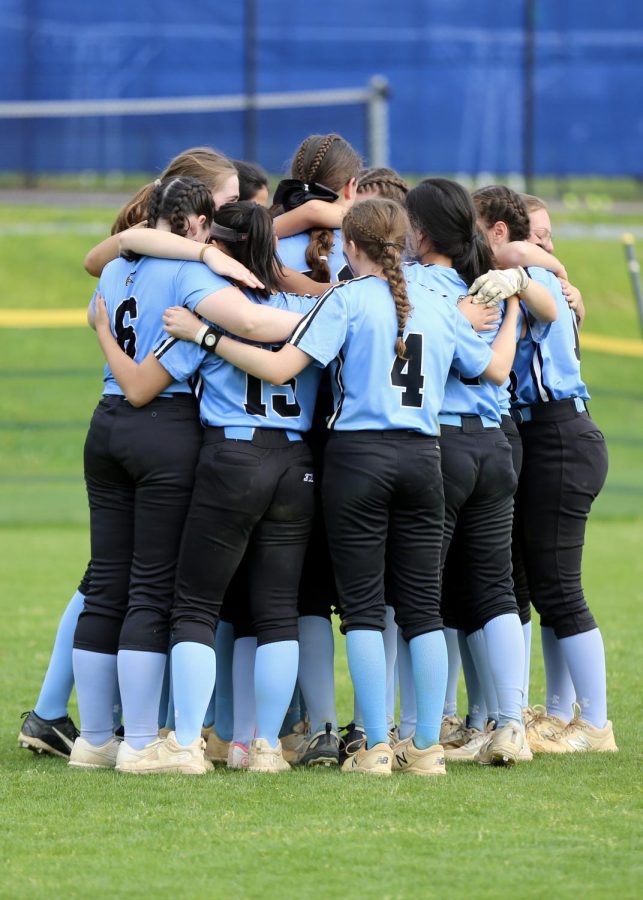 The softball team (10–7) fell short against the Churchill Bulldogs (12–5) by a score of 10–3 in the regional finals and saw their season come to an end.

The Vikes came into Wednesday’s championship loaded with confidence after annihilating top-seeded Walter Johnson 17–1 the day before in the regional semifinals. Junior Addy Singer once again got the Vikes offensive rhythm started after roping a ball that drove in the first run of the game. The momentum didn’t stop there as seniors Jaymie Beers and Samantha Tave continued to contribute to the Vikes strong start. Beers smacked a single while Tave crushed a double. After the first couple of innings, things were looking quite competitive for both teams, with the Vikes holding a slight 2–1 lead.

However, Churchill seemed to have a different plan in mind. The Bulldogs controlled the tempo for the next few innings and began to mount their comeback, stealing back the lead and making it 4–2. Although the Bulldogs were packing in the runs, sophomore pitcher Katie Frick continued to pitch a phenomenal game, doing her best to keep the Bulldogs scoring at a minimum. Churchill took advantage of the Vikes offensive struggles and piled on the runs, stretching their lead even further.

Although the Vikes were able to scratch across a run in the seventh, their comeback efforts ultimately weren’t enough. After winning two consecutive road games in the playoffs, the Vikes magical run had unfortunately come to an end.

Senior Samantha Tave said that Whitman softball will always have a special place in her heart and that it has made an immeasurable impact on her and her softball career.

“I’m going to miss the team and the coaches who have always been there for me and were always my biggest supporters,” Tave said.

With the 10–3 loss ending the 2022 campaign, the Vikes will look to come back better than ever next year and make another run at the regional title.