The Black and White • May 18, 2022 • https://theblackandwhite.net/72315/feature/photo-of-the-day-upperclassmen-compete-in-powderpuff-football-game/

Photo of the Day, May 18: Upperclassmen compete in Powderpuff football game 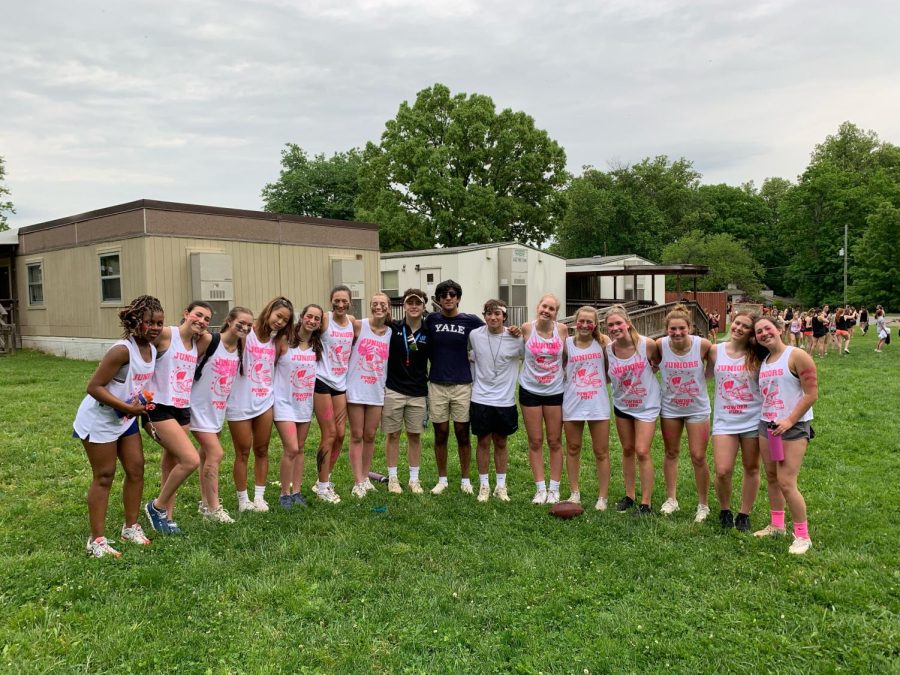 Junior Powderpuff team celebrating their win in the football game.

The 15 juniors found themselves severely outnumbered but managed to come out on top with a 14-7 victory over the more than 40 seniors.

Junior Brooke Whitman, a safety, racked up four interceptions during the game, sparking a ruthless defense from her team, while senior Alex Aronie, who played multiple positions, contributed to the majority of her team’s offense.

Approximately 50 Whitman students attended the game, filling the sidelines of the elementary school’s field. Upperclassmen circulated information about the tryouts and game in the weeks leading up to the events. To form the teams, organizers held tryouts on May 2. Since the student coaches didn’t cut any players, the tryouts served as a practice for the teams.