The Black and White • May 18, 2022 • https://theblackandwhite.net/72299/sports/softball-obliterates-walter-johnson-17-1-in-regional-semifinals/ 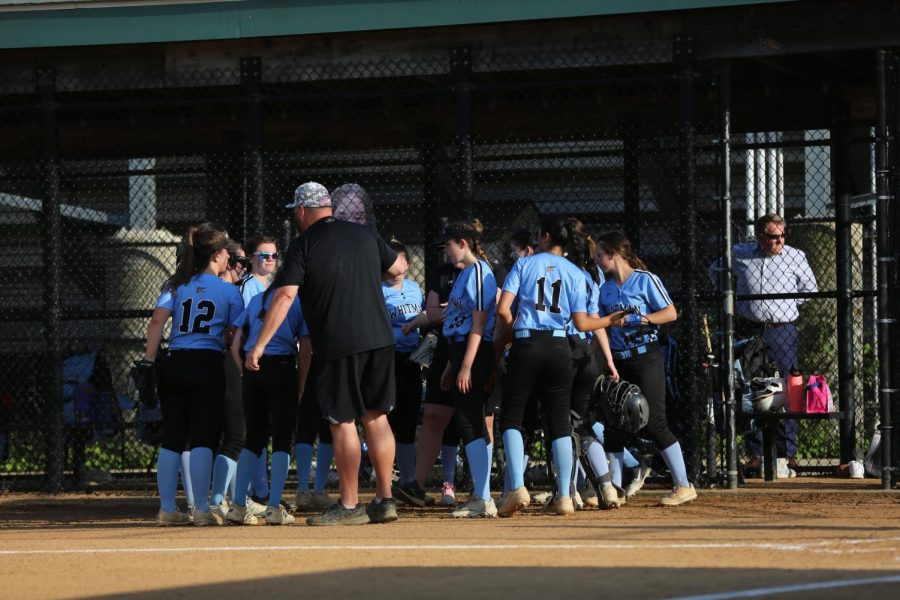 The softball team (9–7) crushed the top-seeded Walter Johnson Wildcats (11–4) in the regional semifinals. The game had been originally scheduled for May 16, but was postponed one day due to severe weather.

Following a scoreless first inning, the Vikes blew the game open in the second inning with nine runs and kept the Wildcats off the board. Juniors Alanna Singer and Bronwyn McNulty each scored two runs in the top of the second. Senior shortstop Jaymie Beers made a strong defensive play in the bottom of the second to secure the third out and prevent any damage with the bases loaded. The Vikes scored tallied one more run in the third inning, increasing their lead to 10.

The Vikes kept their momentum going in the fourth inning by crossing the plate seven more times. Singer cranked a bases loaded triple to bring home freshman Marisa Janger, junior McKenna Moore and senior Sam Tave. In the bottom of the fourth, the Wildcats scored their first and only run of the game. Heading into the fifth, the Vikes held a massive 17–1 lead.

As a result of the high school mercy rule, all the Vikes needed to do was hold at least a ten run lead after recording three more outs. The Wildcats gained a minuscule amount of momentum after a double play and another out in quick succession, however, the Vikes took control in the bottom of the fifth and didn’t let the Wildcats score. With the Wildcats down to their final out, sophomore pitcher Katie Frick secured the game for the Vikes with a clutch strikeout, sending the Vikes to the regional championship.

Senior Jaymie Beers said that the entire team showed up to play, and everybody contributed to the epic win.

The Vikes will look to take home the regional championship on Wednesday afternoon when they will take the Churchill Bulldogs (11–5) at 4:00 pm at Churchill.