Stop the underage hookup culture, or pick a new event. 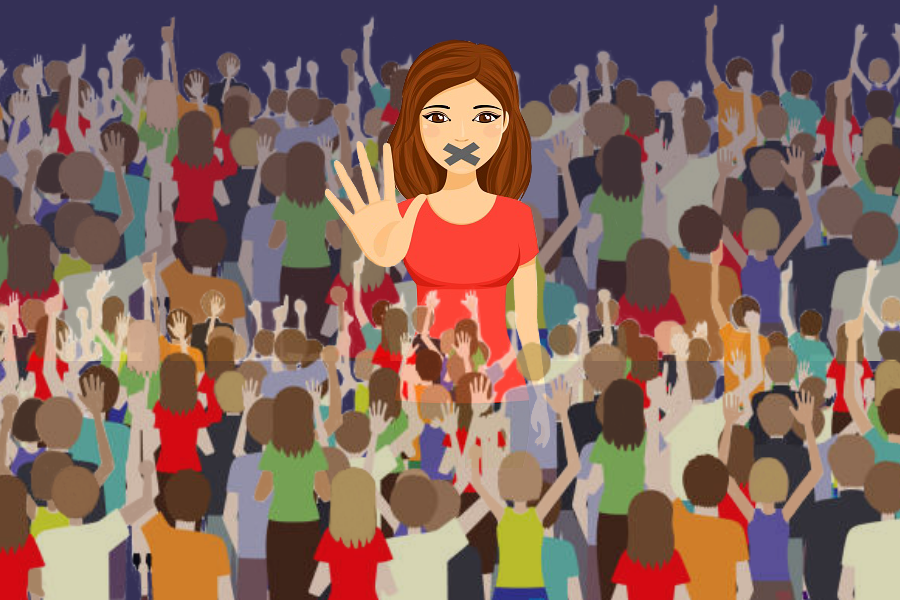 No amount of money is enough to make rampant abuse on school grounds acceptable.

Content warning: This story contains language that pertains to sexual assault and drug use. Students’ names have been changed for anonymity.

As a freshman, junior Lacey put all of her energy into preparing for Vike-A-Thon on the afternoon of the event. She straightened her hair, put on the sparkly outfit that she had purchased specifically for the party and meticulously applied glitter on her upper cheekbones to add a radiant shine to her face. But the night wasn’t all about Instagram-worthy experiences.

At Vike-A-Thon, Lacey was sexually assaulted.

Vike-A-Thon is a rave-style fundraising event that has served as the pinnacle of Whitman SGA’s “Charity Month.” Tickets cost between $30 and $40, and from 9 p.m. until midnight, students pack together in the school’s darkened gymnasium as music blares and neon lights strobe.

Vike-A-Thon was once a “dance marathon” previously known as “bRAVE” during which students were locked in school for 12 hours on a weekend night. bRAVE started in 2012, but due to excessive underage drinking and drug use, the SGA re-branded the fundraiser in 2016 as Vike-A-Thon. The last time the SGA held Vike-A-Thon in February of 2020, sales raised $24,000, more than the funds from every other Charity Month fundraising event combined.

While organizers advertise the event as lighthearted and fun, the event’s appeal is rooted in a toxic atmosphere, one that’s ripe for sexual abuse — particularly involving exploitative power dynamics between upperclassmen and underclassmen. It’s been 10 years too long. Whitman’s SGA or school administrators need to cancel Vike-A-Thon.

Similarly to bRAVE, alcohol and drug use are present at Vike-A-Thon, but Whitman students know the current event for something else: casual hookups. At Vike-A-Thon, students often encourage their peers to hook up with as many other students as possible. Some attendees chase after hookup milestones including “cycling,” in which a student hooks up with at least one person from each grade, as well as “pyramiding,” when a person hooks up with four freshmen, three sophomores, two juniors and a senior throughout the night.

Hooking up happens on other dance floors. Cycling, though, is the phenomenon that defines Vike-A-Thon for students.

Senior Katie said she had heard of Vike-A-Thon before she started high school. As a freshman, she anxiously anticipated the event’s arrival. When it was finally the night of the party, she followed the advice of her older peers and entered the dark, crowded gym intoxicated.

“I talked to some of my friends who had been there in years prior, and that was kind of just what everybody said,” Katie said. “I thought that was the scene, basically. If I were a freshman or sophomore now, I would have gone sober.”

That night, a few of Katie’s older classmates — some of whom were 18 years old — hooked up with her. Katie was 15 years old.

Word spread quickly. In the ensuing days, many of Katie’s classmates made fun of her for her actions at the dance — actions that she barely controlled. She found it difficult to make it through any classes or extracurriculars where she saw the students who took advantage of her. Katie felt ashamed.

“I had very little control of myself while I was there,” she said. “And after, I had to deal with the consequences.”

Before Lacey went to Vike-A-Thon, she was also aware of the event’s reputation and she showed up high. Still, the event’s overwhelming atmosphere caught her off guard, she said. Everywhere around her in the gym, she saw teenagers coupled up, making out and sometimes doing more. Some bystanders were even recording the hookups.

When Lacey and her friends were dancing, she briefly made eye contact with an older male student. Without warning, he grabbed her and tried to make out with her.

“I was pushing against him but he was grabbing me with full force and I couldn’t move,” Lacey said. “I was able to yell something and one of my male friends pulled him off. Someone told me after he didn’t even go to Whitman.”

Jamie (‘21) has also experienced the consequences of Vike-A-Thon’s toxicity. As a freshman in 2017, they were harassed by several members of “Guy Poms,” the mock-dance troupe renamed FOMZ this year.

“I was just dancing in the gym with my friends, and they came up to me,” Jamie said. “They started pushing me around and grinding on me.”

Principal Robert Dodd said that no students have reported to him that they were victims of sexual misconduct at Vike-A-Thon. If anyone did, Dodd said he wouldn’t hesitate to report to the Montgomery County Police Department, since sexual assault is a legal matter.

Since he joined Whitman’s staff in 2018, Dodd has helped supervise the two Vike-A-Thons that have taken place during his tenure. He was wary of bRAVE’s history of underage alcohol and drug use.

“I immediately took an active role in supervision to a high extent,” Dodd said. “I walked through the mosh pit with my cell phone flashlight, and myself along with other administrators took about 10 trips around the dance floor, from corner to corner.”

Vike-A-Thon, some argue, brings in too much money to make it worth cancellation. But Whitman leadership’s job is to ensure students’ security, and no amount of money is enough to make rampant abuse on school grounds acceptable. The SGA needs to replace Vike-A-Thon with a safe fundraising event. There shouldn’t be a tradeoff between giving money to the vulnerable and exploiting others who are vulnerable.

“SGA is horrified by the accounts of sexual assault at Vike-A-Thon,” an SGA member wrote in a message to The Black & White. “Safety is our number one priority and Whitman SGA events are meant to unite the community.”

Keeping Vike-A-Thon represents a decade of disrespect, entitlement and the collective trauma that countless current and former students have from this dance. As stories surface, our school’s administrators and members of leadership need to prevent Vike-A-Thon’s defining disgusting incidents from ever happening again. It’s time we build something new.