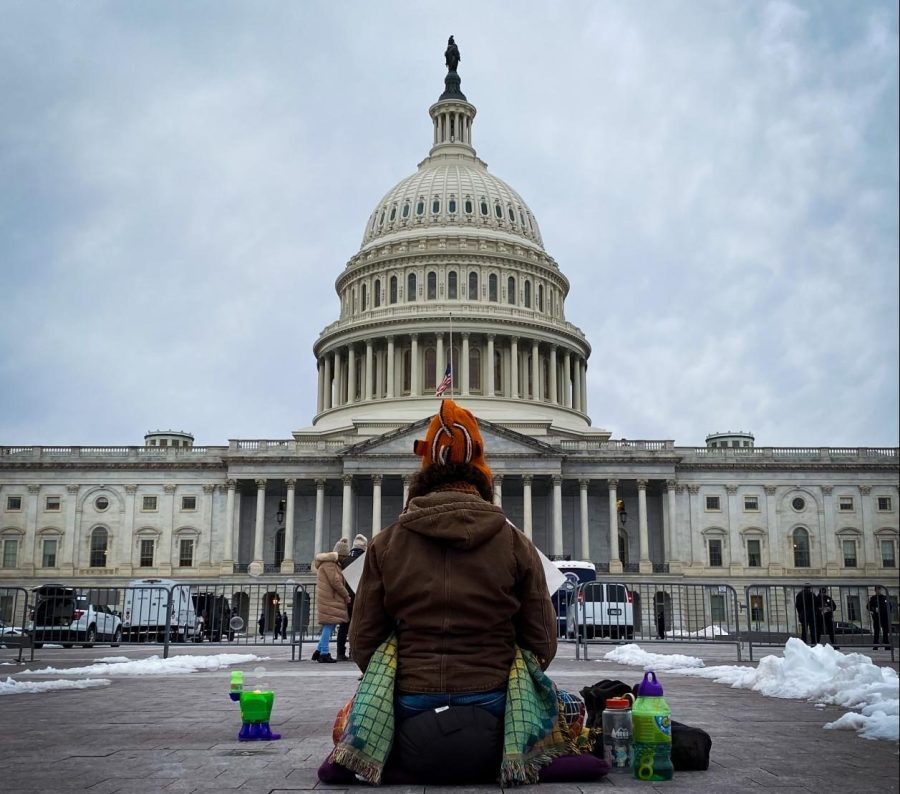 An advocate for peace meditates in front of the Capitol Building on the one-year anniversary of the insurrection.

On January 6, 2021, while lawmakers were attempting to certify now-President Joe Biden’s electoral victory, thousands of insurrectionists attacked the Capitol Building. Earlier that afternoon, then-President Donald Trump had told them at a rally to “fight like hell.”

Throughout that afternoon and evening, many Whitman student stayed glued to their television screens. History, some said, would remember that day.

One year later, D.C. began to prove them right. Take a look at the scenes near the Capitol on January 6, 2022.