The Black and White • December 18, 2021 • https://theblackandwhite.net/71129/news/mcps-suspends-in-person-extracurricular-activities-due-to-uptick-in-local-covid-19-cases/ 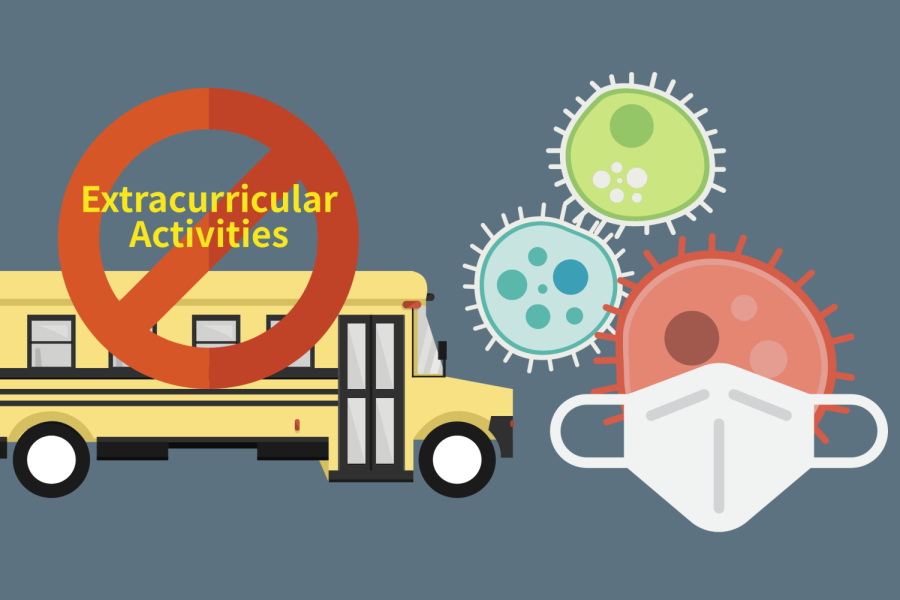 MCPS has suspended in-person extracurricular activities, except for athletics, because of an increase in local coronavirus cases.

School-sponsored extracurricular activities that take place in person outside of school hours, excluding athletics, will be suspended from December 20 to January 7.

MCPS announced the decision on December 17 on its website, noting that the change is necessary to respond to a spike in COVID-19 cases across the school system.

Athletics will continue operating as scheduled, with all winter sports athletes subject to a continuing vaccine mandate. However, teams will have to pause all games and practices for 14 days if three or more athletes report a positive COVID-19 case. Additionally, while MCPS canceled all games from December 23 to January 2, teams may still hold practices.

Boys basketball guard Michael Ward, a senior, said that not only has he received the initial two doses of the COVID-19 vaccine, but he has also received a booster shot and is taking other precautions, such as not hanging out with large groups.

“We are being cautious and making sure to wash our hands and do as much as we can to limit our chances of contracting COVID,” Ward said. “Since Montgomery County requires vaccines to play sports, along with all the other rules, the season has a good chance of staying alive.”

Montgomery County is not alone in confronting a surge in cases. In the past week, Prince George’s County announced that it will implement virtual learning for all schools from December 20 until the end of January, due to a spike in reported infections. Howard County suspended extracurricular activities, including sports. Some private schools, including Sidwell Friends, halted in-person instruction for certain grades.

Junior Maddie Cartillier, the president of Whitman’s Climate Action Club, will be among the many students who will miss after-school activities, she said. The Climate Action Club usually conducts clean-ups for trash and recycling on Whitman’s campus; if the suspension goes beyond January 7, her club will have to move its initiative to community parks.

“A lot of students also really do enjoy going to clubs after school,” Cartillier said. “We were thinking of doing a meeting on Zoom, which is definitely less fun.”

School spirit will also be noticeably dim in the coming weeks, according to junior class representative Jack Mandell. Mandell is concerned that any events SGA is planning will be affected by the extracurricular suspension and may lack substantial attendance, he said.

Cartillier said that she is worried about her health and a possibility that MCPS might require students and teachers to return to virtual classes. She hopes the suspension of extracurricular activities will help to control the spread of the virus, she said.

“I feel that everyone’s feeling a little bit unsafe right now, and I’m just hoping that the cases go down,” Cartillier said. “If that’s something [MCPS] can do to try to control the cases, I’m all for it.”