The Black and White • December 7, 2021 • https://theblackandwhite.net/71009/news/campus-attacks-test-mcps-safety-protocols/ 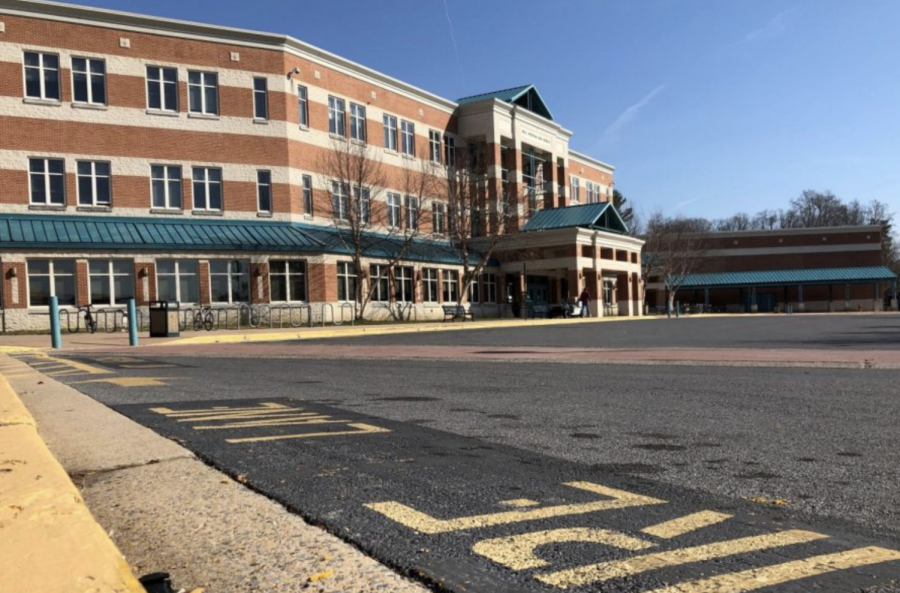 After a recent series of violent incidents at MCPS schools, Whitman administrators and school district officials are focusing on student safety.

Shortly before noon on October 13, the Montgomery County Police answered a 911 call from a parent at Winston Churchill High School. Moments earlier, a 17-year-old Whitman student had walked into the school’s bus lane and started “beating on” a female student, according to police dispatch recordings, displaying a knife after the caller and another student tried to intervene.

Over seven minutes passed before a police officer arrived at the scene. By then, the female student had been injured and the suspect had fled. Police took him into custody two hours later when his parents returned him to the school.

Less than four weeks later, on the morning of November 8, county police responded to a strikingly similar incident at Montgomery Blair High School: a 16-year old Blair student stabbed a peer during an altercation in the school’s parking lot. Blair went into lockdown, and the victim was taken to the hospital for stab wounds, according to police dispatch recordings. The suspect is now facing charges of attempted second-degree murder, first-degree assault and reckless endangerment.

These violent incidents are only a few of the security challenges MCPS schools have faced since the return to in-person learning three months ago. Within a two-week period in October, administrators ended a Seneca Valley High School football game after a series of student fights, a Walter Johnson student pulled out a knife during a lunchtime altercation and at least nine fights took place at Francis Scott Key Middle School, video recordings documented. Now, these altercations are prompting community concerns over systemwide school security.

“There are a number of documented cases this year of student altercations, and it’s really unfortunate,” said MCPS Communications Director Chris Cram. “The few bad eggs are making it worse for everybody, so enhanced security and more staff may be necessary.”

Prior to the coronavirus pandemic, in-school police officers — formally known as School Resource Officers (SROs) — were present in all MCPS high schools, designated by the school district to respond to safety-related incidents at their assigned school. The officers also served as liaisons between the schools and county police who worked to promote drug and alcohol awareness, conflict resolution, crime prevention and other subjects under police jurisdiction.

Many community members opposed the SRO program, citing disproportionate discipline and arrest rates for students of color and students with disabilities. Facing intense pressure from these activists, County Executive Marc Elrich decided to remove police officers from schools this past August.

MCPS and county police subsequently signed an updated Memorandum of Understanding (MOU) to replace the SRO program with a new Community Engagement Officer (CEO) program. This new initiative designated specially trained officers to serve in each school’s surrounding areas rather than patrol the academic buildings’ hallways.

However, the logistics of the CEO program may not be set in stone, nor is it clear whether the officers’ role has changed since the MOU was signed. Advocacy organizations and county workgroups are still advocating for reforms beyond the scope of those in the MOU. In October, the Student Wellbeing Action Group (SWAG) — a workgroup of MCPS students dedicated to reforming mental health and security reforms — issued a report recommending that the school district eliminate police presence “outside or immediately around schools.” The Black & White was unable to reach MCPS officials to confirm that the MOU-designated policy governing the CEOs’ proximity to their assigned school has remained intact since the beginning of the school year.

What is certain according to the MOU, though, is that CEOs are still expected to maintain close communication with school administrators, and are responsible for leading any police investigations at the school. However, if an in-school incident requires police intervention, school administrators must call 911 or the police non-emergency line rather than their designated CEO. The police department may only attempt to dispatch the CEO to the scene if necessary.

“Our security staff have learned how to communicate with students and how to de-escalate situations,” said MCPS Systemwide Safety and Emergency Management Supervisor Michael Harting. “However, whenever a student or staff member is in danger of injuring themselves and others, and security cannot control the situation, a call is placed directly to the non-emergency police number to get the added resources of our law enforcement partners.”

While the MOU requires administrators to contact the police if their school experiences one of the “critical incidents” outlined in the agreement — such as a hate crime or sexual assault — some responses to school security threats require a principal to use their discretion. For example, if there’s no public safety threat, principals must collaborate with police “to address the matter in a manner that is in the best interest of the student and the welfare of the school community” before requesting any law enforcement action, according to the document.

This new decision-making process has “been a challenge,” Principal Robert Dodd said.

“When you look at different kinds of offenses that would potentially be crimes, things are a little bit different now because there is a decision tree,” Dodd said. “All of us were used to doing things in a certain way, and we now have to refer to the new MOU and say, ‘is this something that we call on, or is this an investigation that we can conduct ourselves?’”

Whitman administrators approach school security as a matter that pertains to both physical safety and mental health. The school employs a team of four full-time security guards and regularly uses a building-wide network of security cameras. At the same time, Whitman maintains a staff of eight counselors they employ to provide struggling students with guidance, mediate conflicts and help pupils schedule courses.

“I’m a big believer that a very basic tenet of safety is for those that are responsible for safety to be visible,” Dodd said. “Leadership through visibility, interacting with kids, building relationships and connecting with kids who may be struggling is all proactive work.”

The school initially called the police after the student allegedly threatened a parent; The Black & White was unable to verify when this took place. On October 8, the school called the police a second time after the student disrupted a JV football game that day. The student began “chasing after people, and trying to fight,” according to police dispatch recordings that referenced a 911 call from Assistant Principal Aliciamarie Johnson. Another 911 caller warned police that the student appeared to be having a mental breakdown and likely needed a “crisis intervention.”

Still, Whitman administrators are prioritizing a multifaceted approach to school security. They maintain that keeping a visible presence around students and emphasizing mental health support is ultimately key to ensuring student security — both physically and emotionally.

“For administrators, the quicksand is this office suite,” Dodd said. “It’s easy to get caught up every day on what’s urgent, but not important. I tell my leaders to get out of their offices, to get into classrooms and be in hallways because that’s how you have the pulse of a school.”