The Black and White • December 6, 2021 • https://theblackandwhite.net/71001/opinion/how-squid-game-is-shaping-the-way-we-look-at-violence/

How “Squid Game” is desensitizing us to violence 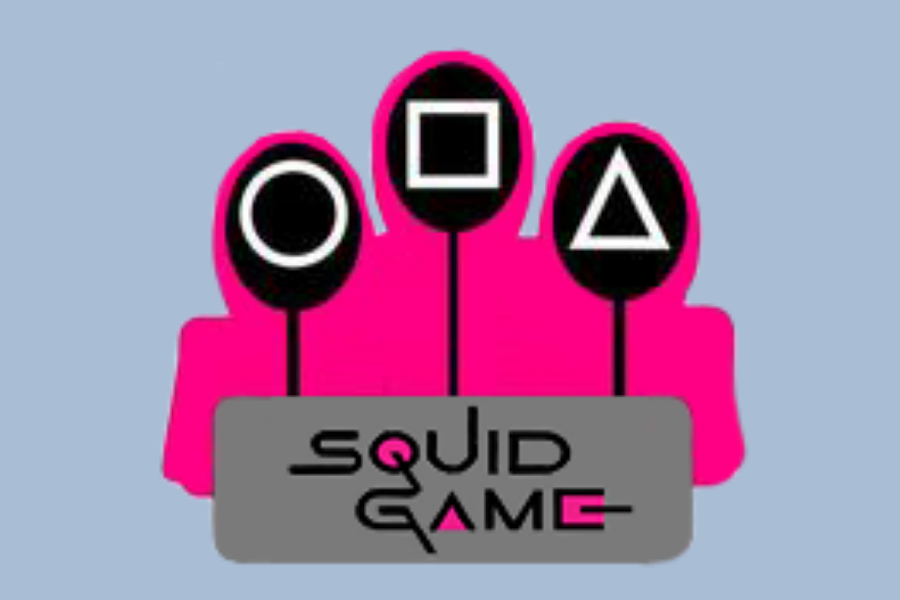 For as popular as “Squid Game” has become in recent months, we need to recognize how its violence impacts viewers and what we can do to ensure that children are protected from this kind of media.

The buzz is inescapable. Whether you’re overhearing classmates in the hallways, chatting with friends in the commons or scrolling through your “For You” page on TikTok, one television show seems to be on everyone’s minds: Squid Game.

The gripping Korean series — which Netflix released on September 17 — follows hundreds of financially downtrodden individuals as they compete in a series of deadly challenges to win a ludicrous sum of money. Squid Game garnered 111 million viewers worldwide on October 12, securing its status as the streaming service’s most popular series ever.

The first episode of the series opens with the introduction of Seong Gi-Hun, a down-on-his-luck man in South Korea who has failed at various ventures in his life and is at risk of losing his only daughter if he does not gain financial stability quickly. A mysterious man at a train station tells Gi-Hun he could earn billions by playing simple children’s games, and Gi-Hun agrees to participate. However, a cruel twist awaits. An initial game of “Red Light, Green Light” causes Gi-Hun and the other desperate contestants to realize that the penalty for elimination in these elementary competitions is death.

Audiences all over the globe are devouring the show’s captivating premise, out-of-nowhere plot twists, and nuanced characters. However, while Squid Game has acquired numerous dedicated fans, many viewers have failed to address how concerning the show’s brutal violence is.

In challenges and even in scenes apart from the games, bloody scenes and extreme violence dominate the show. Characters repeatedly stab each other, people are shot in the head, and blood is shown spewing out of heads and chests. Women are beaten, have their hair pulled, and are threatened with sexual violence. The systematic mass murder of contestants on the show is viewed with pleasure by a sadistic game master, who watches the challenges while sipping champagne and listening to jazz music. The show’s horrifically gory scenes and the impunity with which characters cause unspeakable harm to each other point to a dark truth: people have become desensitized to violent content in the media.

A 2014 American Academy of Pediatrics study discovered that 90% of top-grossing movies from 1985 to 2010 contained segments in which the main character engaged in violence or other risk behaviors, including sex, tobacco or alcohol use. Research from The Conversation, a nonprofit, independent news organization, indicates that violent television content can make viewers more likely to encounter or instigate harm themselves.

The detriments of watching violent content on-screen are particularly prevalent in children. The American Academy of Child and Adolescent Psychiatry found that adolescents who frequently watch physical brutality begin to view violence as an acceptable way to solve problems and, like older viewers, may even inflict the violence they observe on others. This phenomenon is particularly frightening considering that videos about Squid Game often come up for many viewers on platforms like YouTube and TikTok, and certain gaming websites like Roblox and Fortnite include Squid Game-themed games.

Sources from BBC to the Washington Post to Fox News corroborate that children’s playground games in several parts of the world are resembling the games featured in Squid Game, and the consequences of losing are becoming increasingly aggressive. While bullets shoot through competitors on the show as they “get out,” some real kids are now punching their games’ losers and inflicting other forms of physical violence on them with greater frequency.

It’s appalling enough that the intense violence in “Squid Game” and other popular shows barely causes most adults to flinch. It’s even more unnerving, though, to consider that children’s minds are still growing, and their exposure to graphic content on television can directly correlate to future violent behavior.

It will take a concerted effort from numerous figures of influence to prevent children from consuming violent television. Entertainment content creators have a moral responsibility to reduce unchecked brutality in their works. Parents should also actively monitor their children’s television habits, taking the remote whenever a young child turns on a disturbing scene. Most significantly, as young adults, we have a duty to ensure that children who are under our influence, like younger siblings and children we are charged with babysitting, are protected from aggressive media content.

It can be difficult to guard ourselves against gory and inhumane violence depicted in the media, particularly since most of us are almost always plugged in. But it is crucial that children gain moral guidance from trusted individuals rather than be blindly influenced by what they see on television or social media. Shaping our future leaders’ understanding of right and wrong starts with us.