The Black and White • November 30, 2021 • https://theblackandwhite.net/70922/opinion/we-need-sweeping-changes-to-mcps-staff-training-against-sexual-abuse/

Students deserve to feel comfortable in the classroom 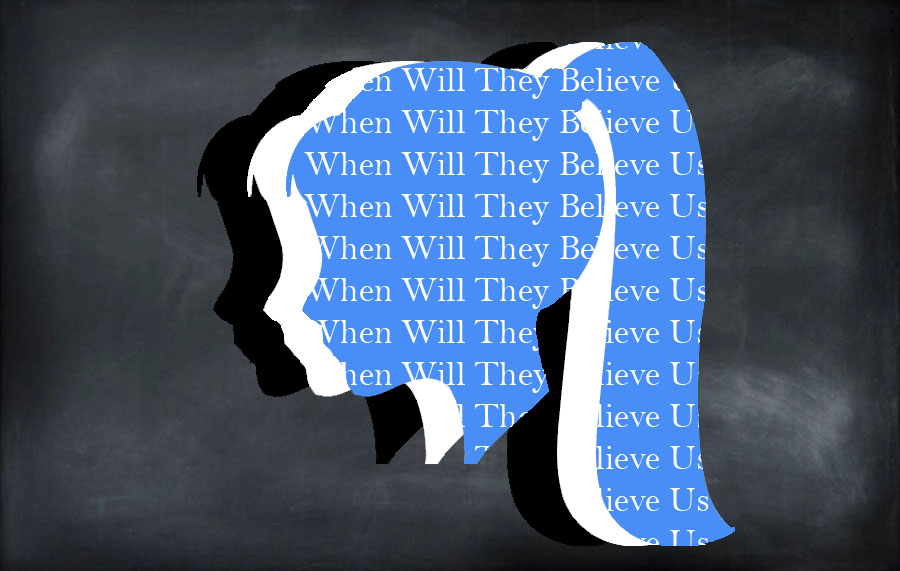 Battling an issue as large as sexual abuse begins with educating those in power.

One student’s name has been changed for anonymity.

Students should focus on learning their course material rather than finding routes in the hallways that allow them to avoid the teacher who makes them uncomfortable.

Students should participate comfortably in class rather than fearing that their teacher will make an inappropriate comment in front of everyone.

Students should spend their drive to school feeling okay about the day ahead rather than anxious because their teacher might act unprofessionally.

School is a place where students go to learn. We wake up every morning prepared to absorb new content, take part in conversations during class and engage with our peers throughout the day. Our academic environment needs to be one we feel comfortable in so we can properly focus on our lessons and tasks.

It is MCPS’ responsibility to acknowledge that the cases they investigate may not be anomalies. The power dynamic created between a superior — like a teacher or coach — and a student creates a path for abuse, according to research. Battling an issue as large as sexual abuse begins with educating those in power. The school district should require that staff participate in substantial, in-person training against sexual abuse every year.

MCPS currently mandates that all educators, administrators, coaches, janitors, security guards and substitute teachers complete yearly online, self-paced “modules” on topics like suicide prevention and allowing for religious diversity. The modules take three to four hours to complete in total and, in order to pass this training, staff must receive at least an 80% on a quiz at the end of each module.

The training is the extent of staff members’ county-mandated education on inappropriate behavior toward students. Yet, the lesson doesn’t include a full module devoted to sexual abuse. Instead, a section titled “Student Bullying, Harassment (incl. Sexual Harassment), and Intimidation” conflates several issues into one. The training also lumps other less important information — such as reminding teachers not to accept expensive gifts from students — in with sexual abuse, downplaying its significance.

Additionally, while the quiz at the end of the lessons may motivate staff to spend time mastering the content, a passing score does not meaningfully prove that they understood the given information. For some questions, teachers can merely look up answers, potentially allowing some to pay little attention and still pass the test. Ironically, the school district expects teachers to properly assess students, but educators at the MCPS central office don’t hold themselves to their own standards.

MCPS needs to formulate new lessons that explicitly define what is appropriate behavior and what is considered inappropriate behavior. The school district should hire trained professionals to teach this course — which would be solely focused on sexual abuse — in person, and attendance should be mandatory for all staff. It’s very possible that for some MCPS employees, only enhanced education will deter them from inappropriate behavior.

In 2020, Whitman students created an anonymous Instagram account @survivorsatwhitman, a forum for current and former Whitman students to share their experiences of sexual assault and abuse at school and within the community. The account contains over 80 stories sent in by current or former Whitman students. Other high schools in MCPS had the same: new accounts, same awful stories. Even if as many as 10% were false — on the far, upper end of the estimations of false reports of sexual assault — the other reports would still show that Whitman has a problem with sexual harassment and assault, whether they go acknowledged or not.

“How can I focus on learning the content when instead I’m focused on not standing too close to my teacher so I’m not touched inappropriately?” junior Stacy said. “Whitman always says that they’re working towards creating a safe environment, but we need to keep spreading awareness so that people don’t feel isolated if/when they experience sexual assault or harassment.”

MCPS is dealing with a much larger issue than “one instance” of sexual abuse. Eliminating inappropriate behavior requires that school district officials advocate for survivors and take action to prevent disturbing incidents that are far too common in our community. Without a change, the allegations against Shipley won’t be an aberration.