The Black and White • November 15, 2021 • https://theblackandwhite.net/70796/feature/they-came-back-every-day-to-stand-up-for-what-they-believed-in/ 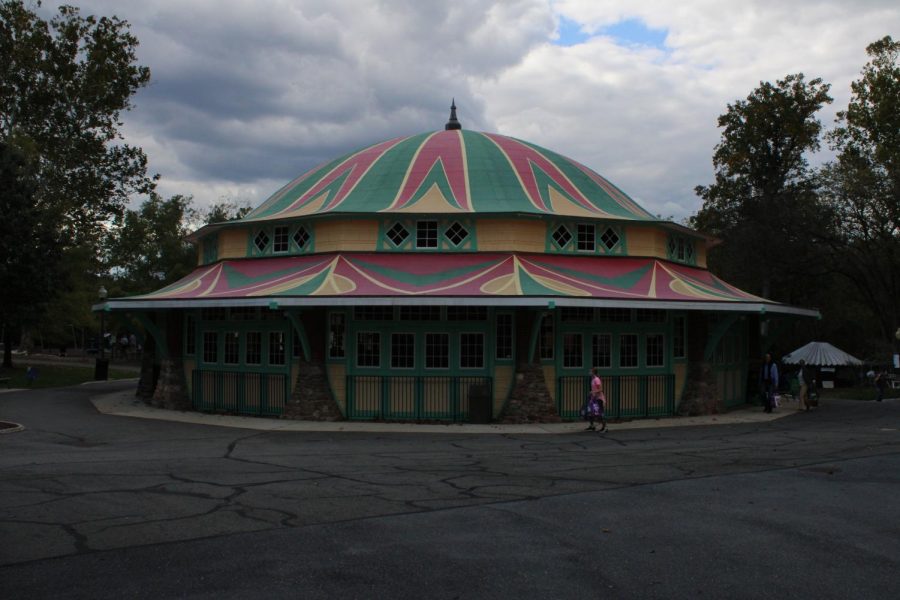 Now a popular youth hangout spot, Glen Echo Park — a five-minute drive from Whitman — was the site of months of advocacy before its desegregation.

Never mind Bethesda Row or Montgomery Mall: one of the spots Whitman students frequented most often this past summer to watch sunsets from rooftops, view art galleries or simply roam historic property with friends was Glen Echo Park. The former theme park, which began its transition to an artistic hub in 1971, has for decades been a youth hangout spot, whether for hopping on roller coasters in the 1950s or watching Imagination Stage performances in more recent days.

However, during the summer of 1960, warm months at the park looked slightly different. Property owners had barred Black citizens from even entering Glen Echo Park since its earliest days. Hundreds of D.C. college students, fed up with the gap in leisure opportunities for white and Black residents, spent their break that year protesting for the park’s desegregation.

Tensions between protesters and the property owners had begun on June 30, when white protesters bought carousel tickets for their Black counterparts. Security immediately used force to remove these Black advocates from the property, and by the end of the day, five Black protesters were in custody. These types of encounters continued for months.

The organization leading the protests was the Non-Violent Action Group (NAG), a civil rights advocacy group largely composed of Howard University students and other local, primarily college-aged students. The NAG guided protesters in gathering outside the park every day until September of 1960, and property owners ultimately desegregated Glen Echo Park less than a year later.

Six decades after the demonstrations, Kevin Patti, a Glen Echo Park ranger of 21 years with expertise in civil rights history, said he firmly believes that the protests were critical in fighting segregation within the community.

“It was a brave thing [the protesters] did even after getting arrested,” Patti said. “They came back every day to stand up for what they believed in.”

“We can attack segregation over there”

In February of 1960, a group of African American student protesters led sit-ins in Greensboro, North Carolina. This advocacy inspired four Howard University students to form the NAG, which went on to protest the refusal of diner-service to Black customers in Arlington, VA in the spring of 1960.

Dion Diamond, a co-founder of the NAG, was a 19-year-old physics major at Howard when he started the group with three other peers to address racial discrimination in the D.C. area.

“I don’t know whose idea it was, but we said, ‘look, if we go across the Potomac River into Virginia, we can attack segregation over there,’” Diamond said.

In June of 1960, after the successful Arlington sit-ins, Diamond supported the group’s decision to move their protests to Bethesda, he said. They focused on Glen Echo Park — more specifically the property’s co-owners, Abram, Samuel and Manuel Baker. The Baker brothers had purchased the land from Continental Enterprises Inc. in June of 1955 and strictly enforced the park’s segregation, despite a growing national civil rights movement.

Soon after the NAG began picketing outside the park, members of the Bannockburn community joined the advocacy group. The local residents assembled in front of the towering “Glen Echo Park” sign, often protesting for eight hours a day with the Howard students in the humid weather.

That July, however, the American Nazi Party, then headquartered in Arlington, started picketing outside Glen Echo to counter the NAG’s protests. The American Nazi Party often came face to face with the NAG, cursing at them as their picket lines crossed paths, Diamond said.

“I remember one time I was walking along saying ‘integrate now,’ and there were at least 10 other people on a counter-picket line saying ‘we don’t want [n-words] here,’” he said.

Diamond was dedicated to breaking down racial barriers, but his involvement in the movement took an emotional toll. Diamond was only 19 when Nazi Party members confronted him with racial slurs, in hopes of discouraging the NAG. Despite this retaliation, Diamond was persistent — and his efforts soon resulted in concrete progress.

On September 13, 1960 — less than three months after the protests began — the Human Relations Committee of the Montgomery County Council issued a statement expressing their support for integration of the park. They also discontinued the public transportation that provided easy access to the amusement park. Council members would restart the transportation, they promised, once the park was desegregated.

“You could ride the trolley from D.C. to Glen Echo, but you couldn’t get in,” Diamond said. “Kids of color rode the trolley just to look at the scenery.”

As autumn months crept in, the park closed for the fall and winter seasons. College students became preoccupied with academics, and the protests died down. Vowing to return the next spring, the members of the NAG moved on to other projects such as the Freedom Rides, a series of protests throughout the South protesting the segregation of public transportation.

Although the community’s interest in the prejudice at Glen Echo Park dwindled, the situation lingered in the mind of at least one politician.

Assistant to the Secretary of Commerce Hyman Bookbinder, a Bannockburn resident, reached out to United States Attorney General Robert Kennedy after noticing his neighbors’ support of the protests. Bookbinder suggested that the federal government threaten to terminate the owners’ lease of a small portion of the property owned by the government if the owners didn’t desegregate the park, and Kennedy, already a supporter of the Civil Rights movement, agreed. The Baker brothers relented two weeks before the spring opening. On March 31, 1961, Glen Echo Park opened its doors to all residents, regardless of their race.

However, the Baker brothers still attempted to discourage Black people from coming by imposing an entrance fee to the park, along with a minimum ticket purchase. Additionally, while residents in surrounding neighborhoods were mostly supportive of the integration, some Washingtonians who once traversed the grounds began avoiding the park, particularly hesitant to return to a newly integrated Crystal Pool. The counter picketers often cursed at the protesters the previous summer, shouting “‘We don’t want [n-words] in the swimming pool with our white girls,’” Diamond said.

By the early 1960s, technological advancements like the invention of the audio cassette and the first video game console caused demand for amusement parks across the country to slip away. The Baker brothers closed Glen Echo Park in 1968 due to low profits, and the National Park Service bought the land in 1971. The Dentzel Carousel remains on the property, but the park now serves as a haven for local artists with frequent classes in music, art and dancing.

Diamond hadn’t returned to the park in the spring of 1961. He instead took part in the Freedom Rides, which led to his arrest about 30 times. After two total years of civil rights activism, Diamond returned to school, transferring from Howard and graduating from the University of Wisconsin. Diamond went on to attend Harvard University to pursue a degree in education. He is now retired and resides in a suburb in Northwest D.C.

“I wanted to find out how to change society,” Diamond said. “I changed my major to history and sociology. I’ve melted into the overall society and I want to say I’ve had a great life.”

Information about Diamond and his fellow advocates remains etched in plaques across Glen Echo Park, including one by the Dentzel Carousel which details the protests’ significance. The NAG’s calls for justice have also inspired a number of Bethesda residents to stand up against prejudice, including many Whitman students who pursue activism today.

Junior Sophia VanLowe, Vice President of Whitman’s Black Student Union, was active in the Black Lives Matter protests that took place during the summer of 2020. VanLowe also co-led the club For Their Futures with fellow junior Gaby Del Rio. In October of 2020, For Their Futures held a virtual 5k and raised almost $1,000 for the Equal Justice Initiative, a non-profit that provides legal representation to falsely accused prisoners. VanLowe’s motivation has stemmed from her family and her interest in activism — and the knowledge that generations of advocates before her paved the way toward equality, she said.

“It was emotional, but I thought protesting was a really interesting thing to be a part of,” she said.

Although civil rights activists have made significant progress over the past 61 years since Glen Echo Park’s desegregation, there’s still a long way to go before America achieves racial equality, Diamond said.

“There’s still a lot of work to be done, and I’m sorry that I’m not doing it anymore,” Diamond said. “It’s time for the next generation to take over.”