The Black and White • November 8, 2021 • https://theblackandwhite.net/70724/sports/field-hockey-advances-to-state-semis-after-2-1-win-over-urbana/ 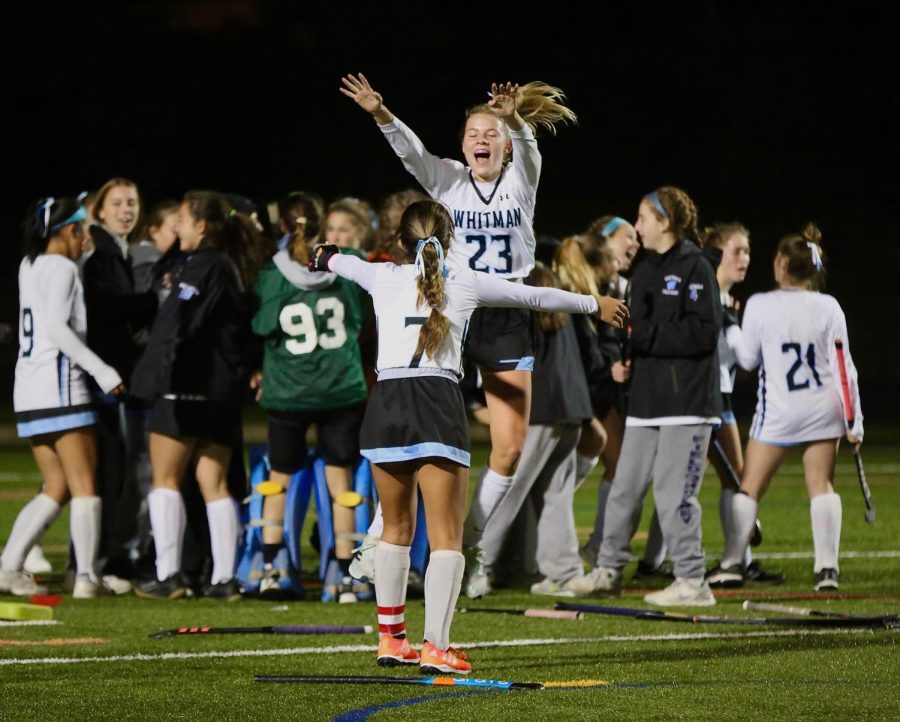 The Whitman field hockey team (13–2) moved on to the state semifinals after a thrilling 2–1 victory over Urbana.

The Vikes continued their incredible season Friday night in a fantastic all-around team win. The Hawks put up a great fight, but the Vikes battled and came out victorious.

After the Hawks opened up the scoring in the first quarter on a penalty shot, it was a gritty, defensive battle with only the penalty shot as the lone goal on either side.

Coming out of the break, junior and Ohio State commit Ellen Ford led Whitman’s comeback efforts. After a deflection on a penalty corner, she reverse hit the ball and tied the game at one apiece. Later in the half, she went into her bag of tricks and used the reverse hit again, producing a magnificent goal that gave the Vikes a 2–1 lead. The defense held strong, fending off a last second breakaway from the Hawks, and the Vikes came out victorious.

After winning the region for the first time since 2004 last week, the Vikes stayed hot and advanced to the state semifinals. They will take on the Churchill Bulldogs on Tuesday evening at Paint Branch High School and look to take a trip to the state championship.