The Black and White • October 13, 2021 • https://theblackandwhite.net/70424/news/whitman-student-in-custody-after-assault-of-female-churchill-student/ 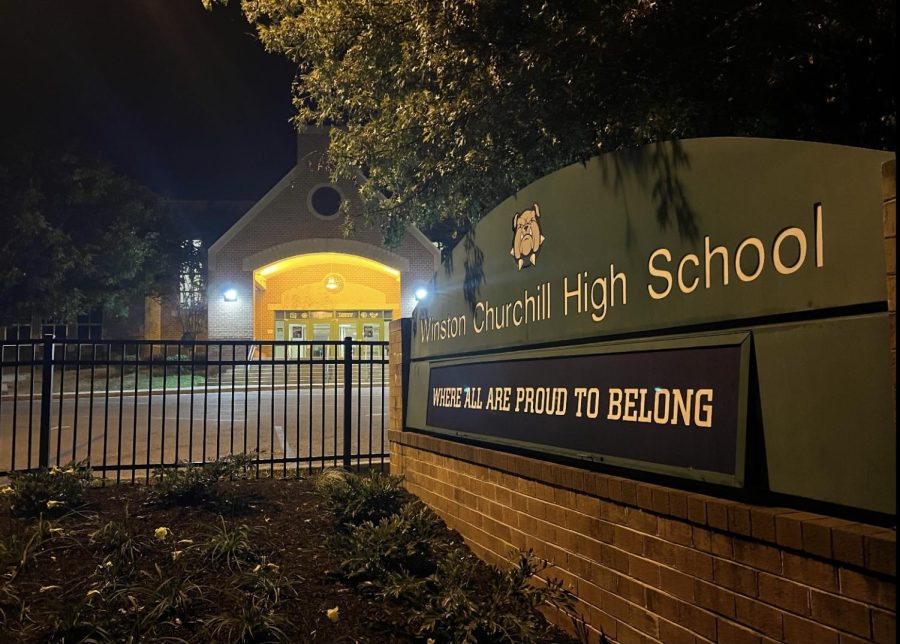 Montgomery County police took a 17-year-old Whitman student into custody after he assaulted a female student at Winston Churchill High School and displayed a knife on the school’s premises this morning.

At 11:37 a.m., the Whitman student entered Churchill’s bus loop and assaulted the female student, who sustained minor injuries. Another Churchill student and parent tried to intervene in the altercation, but the Whitman student “threatened them and brandished a knife at them” before fleeing the scene, MCPD Officer Carlos Cortes-Vasquez wrote in an email to The Black & White.

County police then determined the location of the Whitman student’s Potomac residence and took the 17-year-old into custody, Cortes-Vasquez told the newspaper.

Following the attack, Churchill students and staff sheltered in place, per instructions from school administrators. The Black & White was unable to verify the length of the emergency condition period.

In a letter to the Churchill community this afternoon, Churchill Principal John Taylor wrote that the school planned to implement “enhanced monitoring” on its property during dismissal and in the evening. Activities, however, were to continue as planned.

“Thankfully, all of the Winston Churchill students involved are okay, and now home safe with their families,” Taylor wrote. “This is an unfortunate incident and we will work to implement safety protocols in conjunction with Montgomery County Public Schools Office of Safety and Security in order to ensure the ongoing safety of our students and staff.”

During the school day, Churchill students didn’t immediately receive information about the assault, leaving many confused as to why they were experiencing a shelter-in-place.

“We weren’t really told much,” said a Churchill freshman, who asked to remain anonymous. “But I felt pretty safe because we had security guards and everyone was doing a good job at staying calm.”

This incident didn’t mark the first recent arrest of a Whitman student for an assault of a pupil. In September 2019, Whitman garnered national attention when county police took a student into custody for attacking a classmate with a frying pan.

“I just don’t know how to react at this point,” Whitman junior Shreekanya Mitra said. “I’m just imagining if instead of going to Churchill and doing that, it happened at Whitman. That’d be so scary.”