Hoco? More like oh no! Football loses 41–0 to Churchill 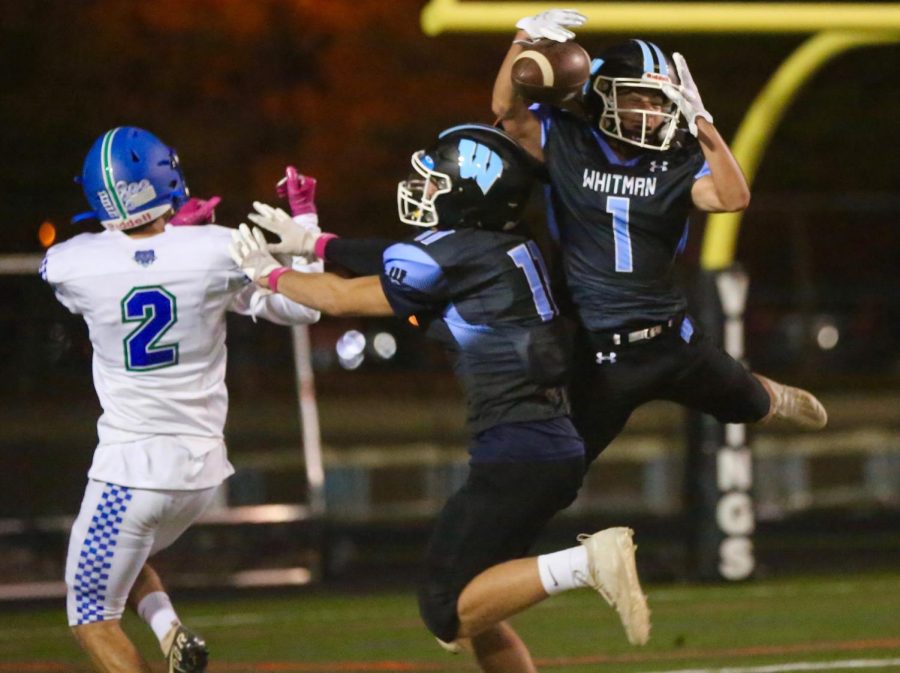 The Vikings (0–6) lost in another blowout to the Churchill Bulldogs (5–1) on Friday night during homecoming weekend.

Despite the stands being packed with fans wearing all black, it looked more like Whitman’s funeral than Churchill’s. The extremely deep Bulldog roster was just too much for the Vikes to handle. Seven different Churchill players scored touchdowns, leaving the Vikes helpless and bewildered.

Whitman’s offensive line struggled to hold off the approaching defense for more than a second or two each play, causing Whitman’s quarterbacks to rush their decisions. This resulted in extremely sloppy passing and offense.

The Vikes make the trip to take on Wootton Friday at 7 p.m.