The Black and White • October 10, 2021 • https://theblackandwhite.net/70398/opinion/mcps-expand-foreign-language-classes-to-elementary-school-students/ 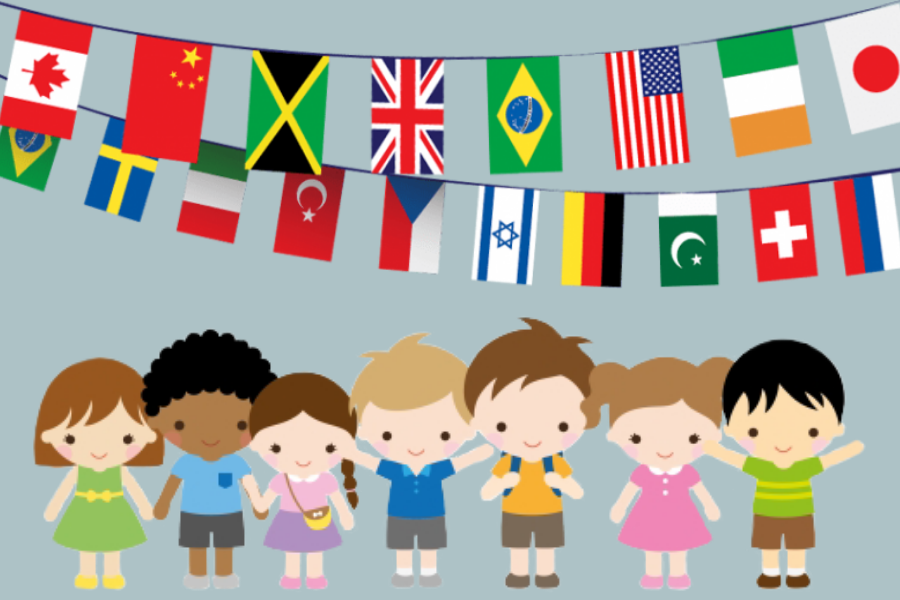 MCPS should allow younger students to reap the benefits of foreign language classes.

My Spanish 5 teacher walks around the classroom and, with a hopeful tone, asks our class, “¿Alguien sabe la respuesta a esta pregunta?” Does anyone know the answer to this question?

Eyes dart down to Chromebooks as students stealthily attempt to Google Translate their answers. For some students, the asset of a translating tool like Google Translate serves merely as a method of checking the accuracy of their responses. However, others are fully dependent on this electronic tool to formulate an answer to the teacher’s question.

MCPS currently offers a variety of foreign language classes — including Spanish, French, Chinese, German, Russian, Italian, Japanese, Arabic and American Sign Language — in many schools across the county. While students have the option of beginning a language as early as sixth grade, this timeline means that students have only seven years to learn a language through the school system at most. This is far from a sufficient amount of time to achieve fluency.

As an alternative to their current system, MCPS should begin offering foreign language classes to students in elementary school. Younger pupils are psychologically more receptive to comprehending new languages, and perhaps even more crucially, they have a greater willingness to make mistakes. Exposure to different languages from a young age would also allow students to experience new cultures, enabling an increased sense of cultural tolerance.

Familiarity with a foreign language before the sixth grade would help MCPS students eventually achieve fluency. Prepubescent children learn a second language through the deep motor region of the brain, which controls unconscious behaviors. In contrast, older teens’ and adults’ neurological systems force them to learn languages consciously to understand grammar concepts; conscious learning is far more difficult and requires a greater amount of patience and time.

Additionally, when one is between the age of six and their early teenage years their Broca’s area and Wernicke’s area — brain systems that specialize in learning new languages — undergo rapid development. This allows younger adolescents to more easily activate these neurological regions that respond to language. When a minor is between the ages of 11 and 15, these brain systems stop growing. Because of this, initiating students’ language learning process around the age of 11 or 12, like MCPS’ current plan, automatically stunts pupils’ ability to attain proficiency in their desired languages.

Likewise, children’s carefree nature makes them practically immune to mortification. The younger someone is, the less embarrassed they are to make mistakes while learning, since self-esteem tends to decrease as one grows older. With greater self-confidence, kids are not afraid to make “silly” mistakes, which helps the brain expand and fosters new ways of thinking to help overcome errors. On the other hand, high school students often lack the confidence to participate verbally in class, which is a large component of learning a foreign language.

AP French student Natalie Shin, a junior, agreed that middle and high school students are often hesitant to speak aloud in a foreign language out of fear of messing up.

“It can be embarrassing to make mistakes in French in front of the whole class,” Shin said. “I usually don’t speak up unless I am sure that what I’m saying is correct.”

Practicing a language verbally is an effective learning method, and doing so is crucial for gaining the confidence to speak aloud in real-world situations. Older students’ fear of imperfection prevents them from reaping these benefits. By starting a language when they’re more comfortable with making mistakes, students in MCPS would be able to grow from their errors, allowing them to achieve greater successes in their desired language.

Exposure to new languages from a young age also helps students become more aware and respectful of cultures different from their own. Spanish teacher Rebecca Zatz recognizes the power of unification that languages hold, she said.

“When you speak another language, you can really connect to a whole different group of people,” Zatz said. “You can appreciate their point of view and their perspective.”

Some may argue that grasping the intricate aspects of a foreign language would be too difficult for young kids. However, if students are taught through certain techniques, they would be able to comprehend a new language subconsciously. For example, if students learned through immersion, they would gain proficiency through speaking, reading and writing solely in their new language.

“Kids are like sponges in terms of picking up languages,” Ohana said. “I would absolutely sign up my daughter for a foreign language class if it was offered.”

Baltimore County Public Schools have already begun to implement this type of initiative. In 60 of the school district’s 106 elementary schools, students can begin learning a foreign language starting in fourth grade. This instruction entails a lesson from a foreign language teacher once a week for 35 minutes, followed by a computer program with various activities in the target language for the remaining days of the week. Lessons focus on language acquisition and don’t stress complex grammar concepts. Most significantly, not a word of English is spoken by the teacher during classes.

Jodi Grosser, the Coordinator of BCPS’s Office of World Languages, has witnessed firsthand the effectiveness of the county’s elementary school language program. She conducts exit interviews with graduating fifth-graders in their target language to gauge their comprehension of the questions she asks and whether they are able to respond in that same language. These interviews have proven that after two years, elementary schoolers have already gained a sufficient understanding of their new language, Grosser said.