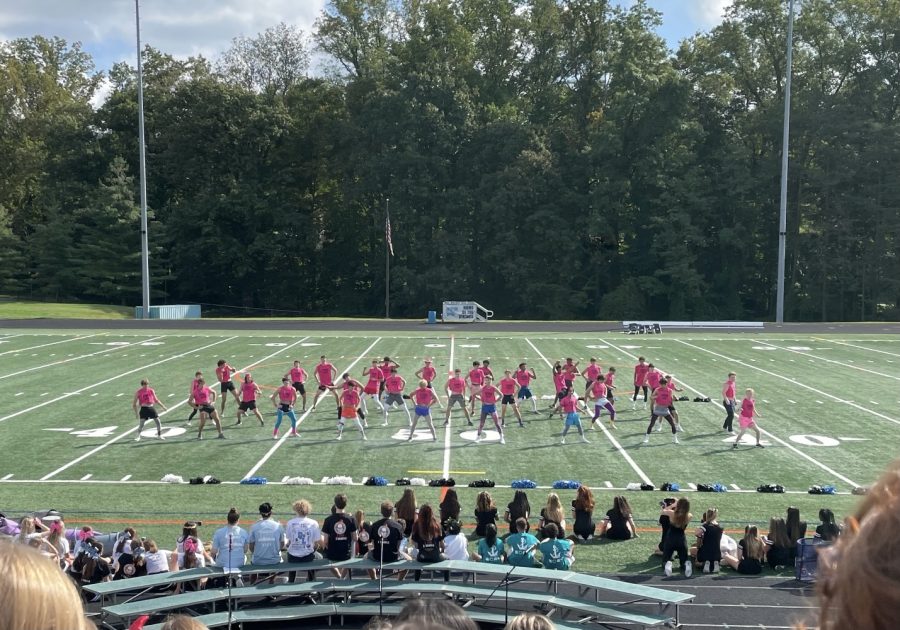 The Foms perform at the pep rally for the first time in two years.

Whitman held its first pep rally in over two years this morning. The event, which included an abbreviated Battle of the Classes competition, took place on the football field rather than in the gymnasium like normal in order to mitigate the spread of coronavirus.

The student body flooded the stands and cheered on their classmates as they performed musical and athletic skills and competed in sporting games on the field. One highlight for students was the Fake Poms’ (Foms’) dance; some of the team’s members expressed enthusiasm for Whitman’s return to face-to-face gatherings.

“I love it,” Fom Henry Cheetham said. “It gives us opportunities to do stuff like this and bond as a school more.”