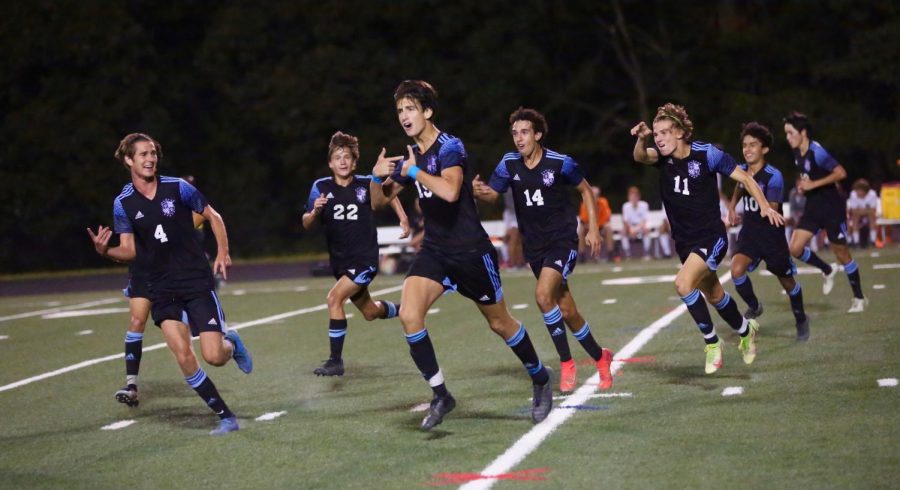 The boys soccer team (5–3–1) was unable to finish their heroic comeback Thursday night against Walter Johnson, losing by a score of 3–2.

In a highly anticipated match, the Vikes fell just short to the Wildcats in an entertaining, action-packed game. From the opening whistle, both teams played at an incredibly fast pace, constantly sending through balls downfield. A breakout attempt by the Vikes led to a costly turnover resulting in the Wildcats taking the early lead just ten minutes into the game. The Wildcats went into the half holding onto their 1–0 lead. Pace of play remained the same throughout the second half, allowing the Wildcats to capitalize on an odd man rush, bumping their lead up to 2–0.

The Vikes refused to go down without a fight, and their comeback efforts were led by senior Alejo Markarian, who sparked the team coming off the bench. Markarian got the Vikes back within one off a deflection in the box that he easily tapped into the back of the net. Just over ten minutes later, Markarian clanked one off the post and it somehow squirted into the goal, knotting the game at two apiece. Unfortunately, Markarian’s and the rest of the Vikes’ valiant efforts weren’t enough; the Wildcats capitalized on a questionable penalty call from the officials. With just five minutes left, the Wildcats knocked home the penalty kick and took a 3–2 lead that they held until the final whistle.

The Vikes will make the short drive to downtown Bethesda to take on the B-CC Barons (4–1–2) next Tuesday night.