The Black and White • September 29, 2021 • https://theblackandwhite.net/70268/news/whitman-honors-most-national-merit-semifinalists-in-nearly-a-decade/

Whitman honors most National Merit semifinalists in nearly a decade 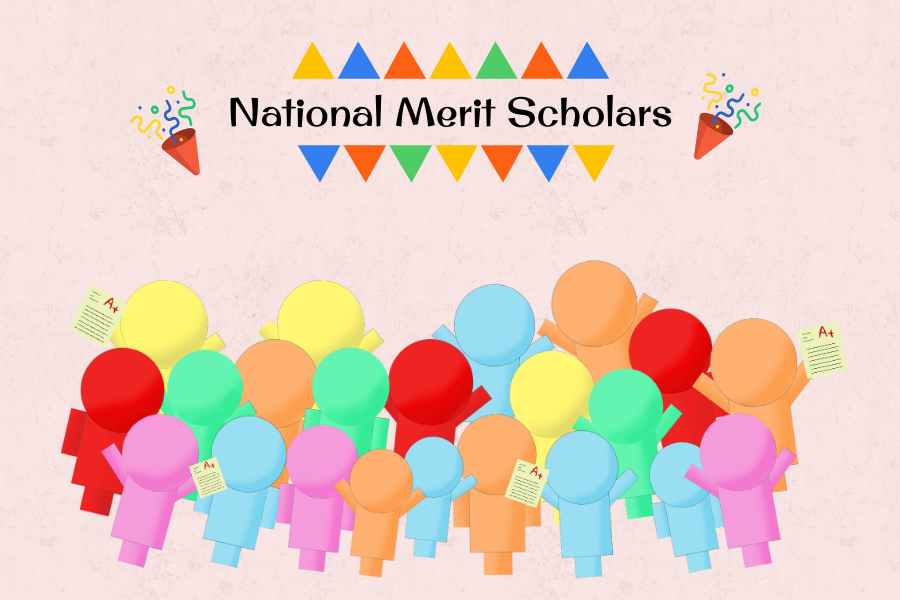 This year, Whitman honored the most National Merit semifinalists that the school has seen since 2013.

Each year, the scholarship program selects 16,000 National Merit semifinalists from the approximately one million high school seniors who take the PSAT/NMSQT, which is roughly 1.78% of the pool. After meeting additional program requirements, most of these successful students advance to Finalist status, at which they are eligible to compete for corporate and college-sponsored scholarships as well as one of 2500 $2,500 National Merit Scholarships.

High school juniors typically qualify as National Merit semifinalists after achieving standout scores on the PSAT. However, Whitman’s class of 2022 was unable to take the PSAT since MCPS declined to offer testing sessions for this exam due to the COVID-19 pandemic. As a result, many students entered the competition through an alternate entry option, which allowed students who couldn’t take the PSAT to submit an SAT score from between August 2020 and June 2021.

Despite this second option, many Whitman students faced obstacles in meeting the competition’s eligibility requirements. Senior Chris Sylvester rescheduled his SAT four times and struggled to find a nearby location to test at, but he feels that his efforts ultimately paid off since he qualified as a National Merit semifinalist.

“I felt really great,” Sylvester said. “I was a little bit surprised because the application process was very strange and I didn’t actually take the PSAT. I just submitted my normal SAT score, so I didn’t know what to expect.”

The number of semifinalists from Whitman’s current senior class represents a significant increase from previous years. The school produced 13 semifinalists in 2020 and nine the year before, leading some to believe that Whitman students may have benefited from the alternate entry option.

“Most students do not study for the PSAT, so that score reflects a different type of preparedness,” said College and Career Information Coordinator Anne Hutchens. “Most students do study for the SAT, with many of them participating in prep courses. With COVID, students had more free time and fewer distractions, so​ the time devoted to studying may have been higher.”

The National Merit Scholarship program annually adjusts each state’s score cutoff for the competition to ensure that a limited number of students from each region qualify as semifinalists.

Senior Grace Li qualified as a semifinalist after using the alternate entry method to submit her score from her third SAT attempt. However, Li believes that this SAT submission option gives wealthier students a leg up in the competition.

“I think that the alternative entry requirements made it less fair because the people that have more resources to take it multiple times and to study for it with tutors get rewarded more,” Li said. “With a PSAT, you wouldn’t really do any kind of tutoring like you would for the real thing. Also, I actually had to pay for the SAT whereas the PSAT is usually less expensive within the school.”

Nationally, entries this year were down nearly 40% from the 1.5 million students who went into last year’s competition. The National Merit Scholarship Corporation has not provided information on entry options for next year’s program.

Principal Robert Dodd honored the Whitman semifinalists during an in-school celebration on September 15, encouraging the students to take the next steps in the competition process.

“It was really good to see a lot of people that I’ve known for a long time be celebrated for their accomplishments,” Sylvester said. “It was nice to know that they also got something out of this, too.”

This story was updated on Sept. 30 to correct the misspelling of a student’s name.