The Black and White • September 22, 2021 • https://theblackandwhite.net/70178/sports/girls-volleyball-routed-by-blair-in-first-loss-of-the-season/

Girls volleyball routed by Blair in first loss of the season 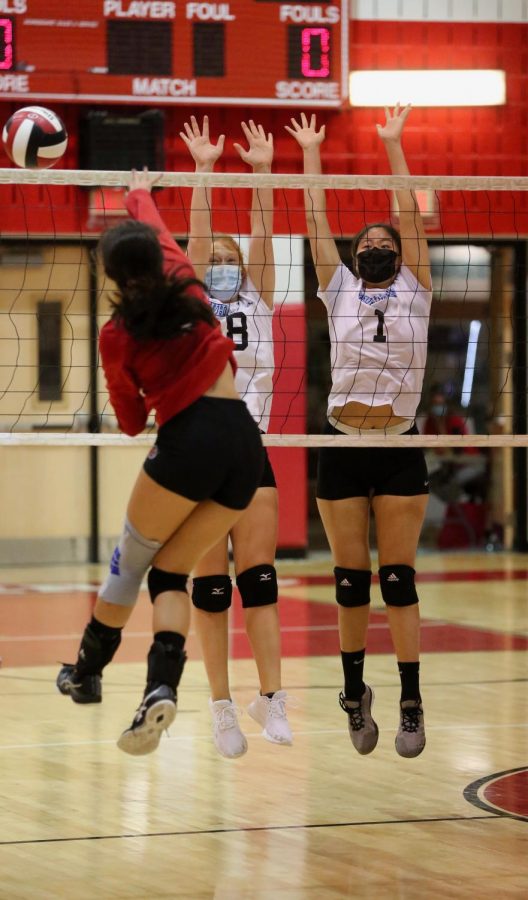 After not losing a single set in their first three contests, the girl’s volleyball team (3–1) was dominated by Blair in their first loss of the season on Tuesday night.

The first set was the closest of the three, with a back and forth battle ultimately favoring Blair. Blair would go on a rampage in the second set, easily winning 25–15. Blair continued their blistering pace in the final set, with a 25–17 victory clinching the win for Blair.

“We really came in optimistic and confident in our abilities, allowing us to be as successful as we were in the first set,” sophomore Libero Eliza Raphael said. “I think what ultimately contributed the most to the defeat was our loss in confidence when we weren’t playing well. But I’m so proud of how far we’ve come and how much we’ve learned. Expect Whitman Volleyball to be back better than ever next game.”

The Vikes will look to bounce back in the Battle for Bethesda tournament at Walter Johnson at 9 a.m. on Saturday.