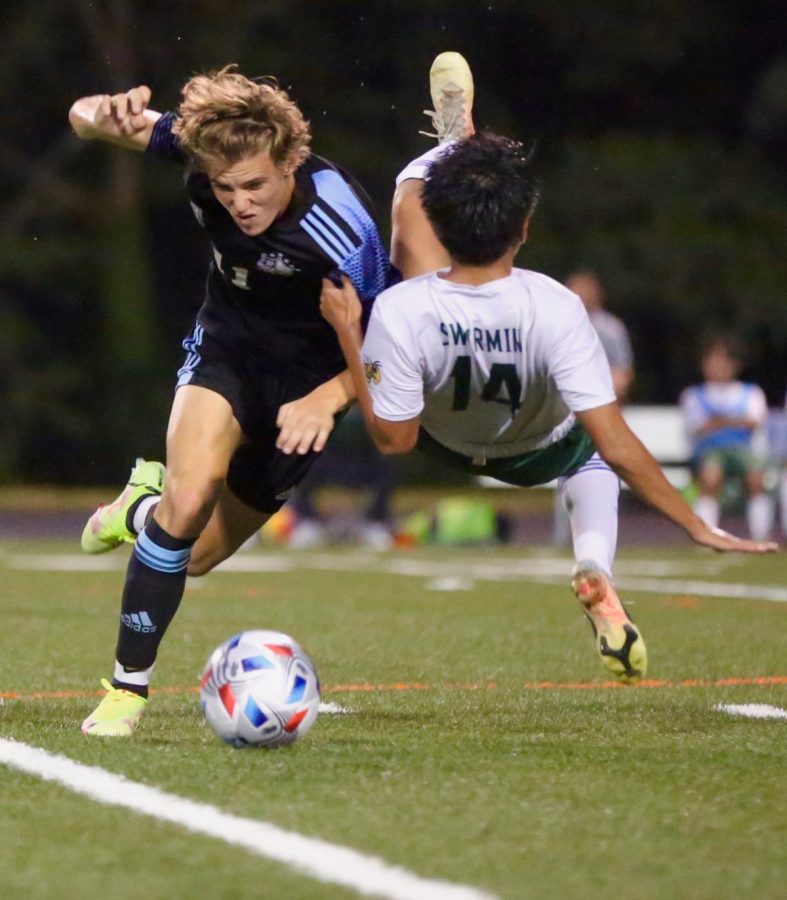 Sophomore Tyler Coune goes shoulder to shoulder with a Damascus player in a tough battle. Photo courtesy of Mark Thalman.

The boys soccer team (2–2–1) made a statement with a 1–0 win against the Damascus Hornets under the Friday night lights.

The game was a hard-fought physical battle played at a slow pace. The Vikes continually passed through their backline, dominating possession. The Vikes finally got on the board 30 minutes into the half off a beautiful set piece from senior Kaleab Eshete. Sophomore Reimer Hoogeveen got on the end of the ball, sending a beautiful header top shelf. This was the only goal the Vikes scored all night, but it was enough to pull out a victory.

Throughout the second half, the Vikes continued to destroy the Hornets in possession time. It wasn’t until the latter part of the half when Damascus got their first shot on goal. Even then, it was an easy save for senior keeper Austin Mboijana. The Vikes’ final highlight of the night came with just four minutes left to play. The Hornets had a swarm of men in the box and Mboijana made a fantastic save, preserving the shutout and giving Whitman the 1–0 victory.

The Vikes have some time to rest; their next match isn’t until Thursday night when they face the Quince Orchard Cougars (2–0–1) at home.