The Black and White • September 13, 2021 • https://theblackandwhite.net/70037/opinion/lets-talk-about-womens-rights-the-texas-abortion-restrictions-affect-all-of-us/

Let’s talk about women’s rights: the Texas abortion restrictions affect us all 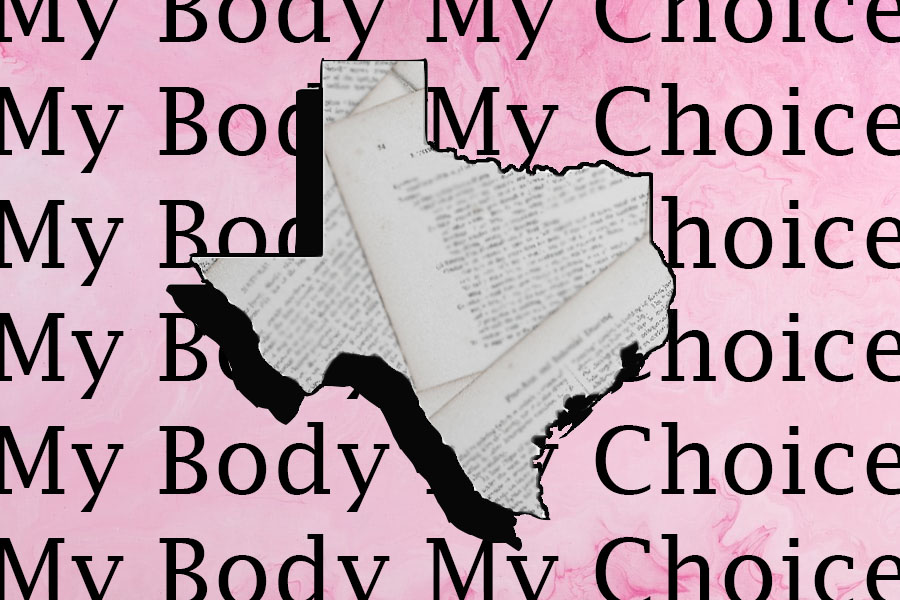 "Women in Texas have just lost their right to choose. A war against American women is underway, and it is our responsibility to fight back."

On September 1, Texas passed the strictest anti-abortion law since the 1973 Supreme Court case Roe v. Wade, which guaranteed a woman’s right to reproductive choice. The new legislation, which took effect immediately, prevents abortions from legally taking place in Texas more than six weeks after conception. The bill provides no exception for rape or incest.

This law — dubbed the “Fetal Heartbeat Bill” — puts millions of women’s lives at risk. At six weeks, most women aren’t aware that they are pregnant. With effectively zero access to abortion past six weeks in their own state, many Texans will fly out of state for an abortion; countless others, however, won’t be able to afford such travel fees, forcing them to seek out unauthorized, unsafe procedures. Worldwide, 70,000 women and girls are killed each year in these illegal abortions, according to a Guttmacher Institute study.

I identify as a woman, and I have a female reproductive system. I would love to have children someday — but now isn’t “someday.” I plan to finish high school, study psychology in college, attend a graduate school and later build a stable life before I even think about the possibility of devoting my life to a child.

So, while I live over 1,000 miles from Texas, this bill still terrifies me. And I’m not alone.

“It’s just unbelievable to me that lawmakers would actually go through with this when it affects so many people’s lives,” sophomore June Marshall said. “To take away the control a woman has over her body is absurd.”

Almost immediately after the Texas law took effect, the United States Supreme Court upheld the legislation using a “shadow docket.”  In other words, the court used an expedited decision-making process when looking into the case; the justices didn’t even hear oral arguments regarding a law that will cause countless Texans to suffer.

The court plans to rule more definitively on the future of abortion rights in America in the coming months when they consider a similar Mississippi anti-abortion law this fall.  However, if the shadow docket proved anything, it’s that Roe v. Wade now has virtually no impact on national abortion legislation.  The Supreme Court greenlighted a law that completely contradicts this landmark decision. Because of this, more states may pass severe restrictions on abortion. Millions of people may lose access to a basic right.

“I recognize that it’s a matter of faith for a lot of people, and I want to be respectful of that,” said women’s studies teacher Linda Leslie. “But, it’s also a matter of freedom. This is a woman’s body, and what she does with it is not up to the men running the state.”

With a heavily democratic state legislature, Maryland will most likely not pass any laws restricting abortion. Even so, it is emotionally distressing for me and so many others to witness this human rights violation.

“How can we feel safe in a country where things like this are happening just a few states away?” Marshall said.

As a woman, it feels disgusting to watch as men try to define what I can and can’t do with my own body. As a student, it feels extremely frustrating to know that there is little I can do to change laws like these.  Even so, finding ways for young people to amplify our voices is one of the best ways to make a difference.

“I think it’s super important that everyone finds ways to voice their opinion on what’s happening in Texas, and that students put their names on petitions to protect Roe v. Wade,” senior Olly Sitrick said.

In addition to signing petitions, donate what you can to nonprofits like “Fund Texas Choice,” a Dallas-based organization that assists lower-income individuals with transportation fees to out-of-state abortion clinics. Educate your friends, family and everyone else around you. Text people informative articles about the law, repost fact-checked posts on Instagram, write to your Congress Members and state legislators explaining why this bill is significant to you and put up signs in front of your home to the best of your capabilities.

We are the backbone of our democracy. Our beliefs hold power. If the “Fetal Heartbeat Bill”  was really about the lives of children, the Texas lawmakers who voted for it would focus on fixing our broken foster care systems, guarantee healthcare for all, mandate paid parental leave, implement hard sentencing for rape and much more. This law needs to matter to Whitman community members, regardless of gender, race or ethnicity.

Women in Texas have just lost their right to choose. A war against American women is underway, and it is our responsibility to fight back.