The Black and White • June 5, 2021 • https://theblackandwhite.net/69723/opinion/increase-inclusivity-keep-national-extracurricular-competitions-virtual/ 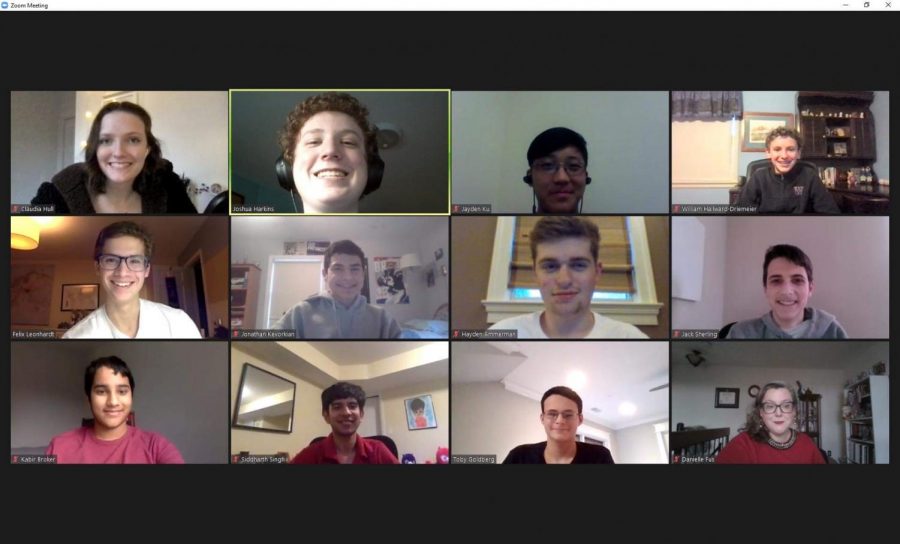 Then in March of 2020, the coronavirus pandemic arrived and led organizers to move debate competitions online. Across the U.S., entries into national tournaments skyrocketed for a clear reason: the massive costs of in-person tournaments — particularly those pertaining to lodging and travel — no longer existed.

Many extracurriculars are currently returning to an in-person format, but national organizations should continue to hold competitions for activities like debate virtually. The existing online format promotes inclusivity due to the absence of travel-related costs, and it allows students to attend more events due to a reduced time commitment.

As a rising junior, a substantial portion of my time outside of schoolwork is spent on the Whitman Debate and QuizBowl teams. Like many other clubs, these extracurriculars have been meeting over Zoom during the pandemic with minimal changes to the activity format. In QuizBowl, for instance, competitions run almost exactly the same as in previous years. The only difference is that instead of pushing a buzzer to answer a question, teams stay attuned to their computer screens and wait for the moderator to ask them questions directly.

The organization of my extracurriculars has barely changed — but the extent to which students can easily participate in competitions certainly has. An out-of-state debate tournament used to cost close to $1000 due to the heavy expenses of accommodations and travel. But when competitions moved online, the price tag fell to roughly $150 per tournament. These entry fees go toward costs that are necessary for tournaments, whether they’re in-person or virtual, like paying for judges.

The $150 is still a hefty price, but groups like Beyond Resolved offer some students need-based scholarships to cover the cost. These grants previously only helped a fraction of potential competitors due to the greater tournament expenses. This year, Beyond Resolved gave out six times more scholarships than the organization did last year, allowing more students to participate in the activity that they cherish.

Public Forum — Whitman’s most popular debate event — saw a 45.1% increase in the total number of entries into national tournaments during the 2020–2021 season compared to last year. At the acclaimed University of Kentucky Season Opener, entries more than doubled during the same time period.

“Online debate has been challenging, but it has allowed me to double the amount of tournaments I attended,” junior Katheryne Dwyer said. “It has widened the range of people who compete on the national circuit and made it way more accessible.”

The Zoom format has also increased the number of events that each student can attend. It’s not difficult to understand why; it is much more convenient to go to an event in your basement — or even, potentially after the pandemic, in school with your teammates — than to travel to a different state. During the 2021–21 season, the number of national debate tournaments that each high school team attended grew from a mean of 1.5 per year to 1.75.

In February, I took part in the national Stanford debate tournament over Zoom. In past years, I would never attend the event since it would require me to fly six hours to California each way, a commitment that would overlap with school. This year’s tournament was a particularly meaningful experience; it allowed me to compete against quality opponents to a greater extent than at other competitions.

“Since everything was remote, it has been much easier to go to QuizBowl,” sophomore Jonathan Kevorkian said. “We have been able to go to more competitions and they have been just as fun.”

Of course, although Zoom has decreased the cost of academic extracurriculars, there is still an upfront financial barrier to online activities; students need a computer and reliable internet connectivity. But the amount of money that virtual tournaments save far outweighs these new costs. For example, a typical chromebook costs around $200, five times less than the price of a single in-person tournament.

Opponents also argue that virtual extracurriculars aren’t as enjoyable as in-person events because students don’t get the luxury of spending time with teammates. But this is a short-term problem. After the pandemic, online extracurriculars could be much more social than they currently are because we wouldn’t have to always be in our homes while we compete — we could be inside our school with our teammates. Plus, being as inclusive as possible holds greater importance than students’ ability to hang out with each other during tournaments.

As surprising as it is to say, I hope I’m not traveling around the country next year. Instead, I hope to be sitting at home each weekend, competing with everyone who wants to.