Why #NotAllMen is unproductive 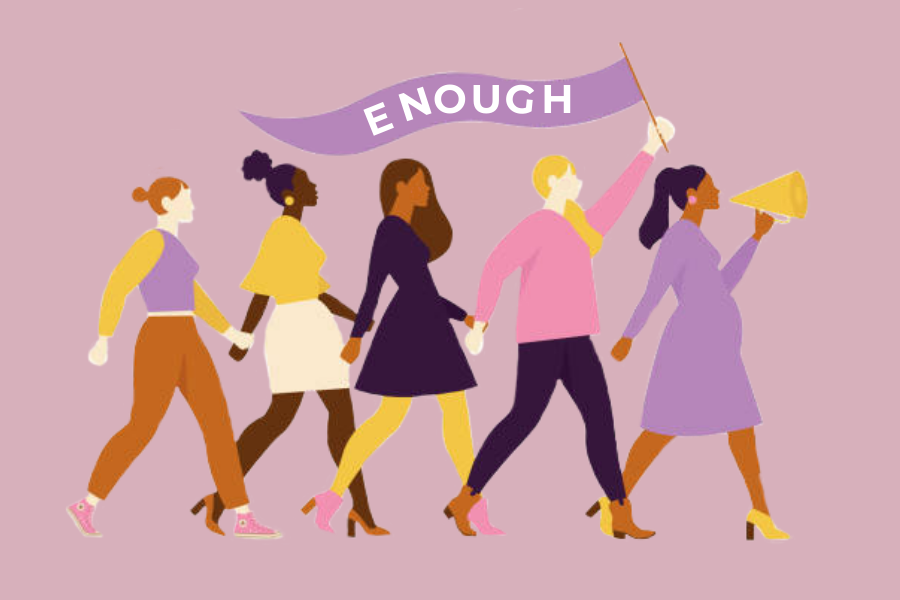 Reactionary movements such as #NotAllMen serve to both invalidate survivors' experiences and divert attention from the real issue.

Sarah Everard did everything right. She let her partner know where she was, wore bright clothes and walked on well-lit main roads. Yet, on March 3, she disappeared and was later found dead in a far-off corner of South London. Wayne Couzens, a member of the Metropolitan police — someone Sarah should have been able to trust — kidnapped and murdered her.

Sarah’s story reached women worldwide, who were forced to reckon with the reality that she couldn’t have done much more to keep herself safe and had died at the hands of someone who was meant to protect her. When the word of this attack spread, many women took to social media to share their fear of being assaulted by men. In response, a hashtag began trending: #NotAllMen, used by some men to avoid taking responsibility for their treatment of women and to belittle their experiences with sexual assault.

When a person shares their experiences with sexual assault, and the attacker identifies as a man, people are quick to insist that “not all men would do that.” If the attacker identifies as a woman, the “not all men” preachers take it as an opportunity to prove how men aren’t the only ones who can be sexually violent. This mentality keeps us running around in circles, avoiding accountability and eliminating all potential sources of support for survivors.

The fact that #SarahEverard and #NotAllMen were trending on social media simultaneously is nothing but ironic. #NotAllMen is a reactionary movement, similar to when “All Lives Matter” trended as a racist counter-response to the Black Lives Matter movement.

“When the #MeToo movement went viral around 2016, it faced a lot of backlash. Obviously, in my case, I was quite young and didn’t really understand either side completely,” senior Jane Pampillonia said. “Now I do because I have faced abusers and I know many people, not just female identifying, that have been abused mentally, physically and emotionally.”

Everybody knows that not all men have engaged in sexual harassment. We know that people of all genders can be the victims and also the perpetrators of sexual violence or harassment, but saying “not all men” in response to brutal assaults like the one on Sarah Everard does not offer support to any victims, regardless of their gender identity. It only invalidates the movement and makes women more afraid.

And even if it technically isn’t all men, certainly all women have feared for their safety. A week ago, my friend bought a pack of pepper sprays and gave me one as a gift. Almost every girl I know carries a weapon, like pepper spray or a compact knife, to defend themselves. Most of us are on edge while getting gas even in broad daylight, and we’re instructed to park our cars under a street lamp if driving alone at night.

“I started to see an outpouring of people expressing that they often feel unsafe, especially around men, so I was confused as to why not a lot of men were speaking up about it,” he said. “I just hoped that if I expressed that men are listening and trying to make changes in their behavior, it would be appreciated.”

Sexual assault does not have a limit on age or gender; it affects everybody. Let’s be understanding of each other, listen when people speak out, and open up the conversation without preaching #NotAllMen and silencing survivors.