The Black and White • May 6, 2021 • https://theblackandwhite.net/69452/news/minority-scholars-program-holds-zoom-celebration-in-honor-of-arab-american-heritage-month/ 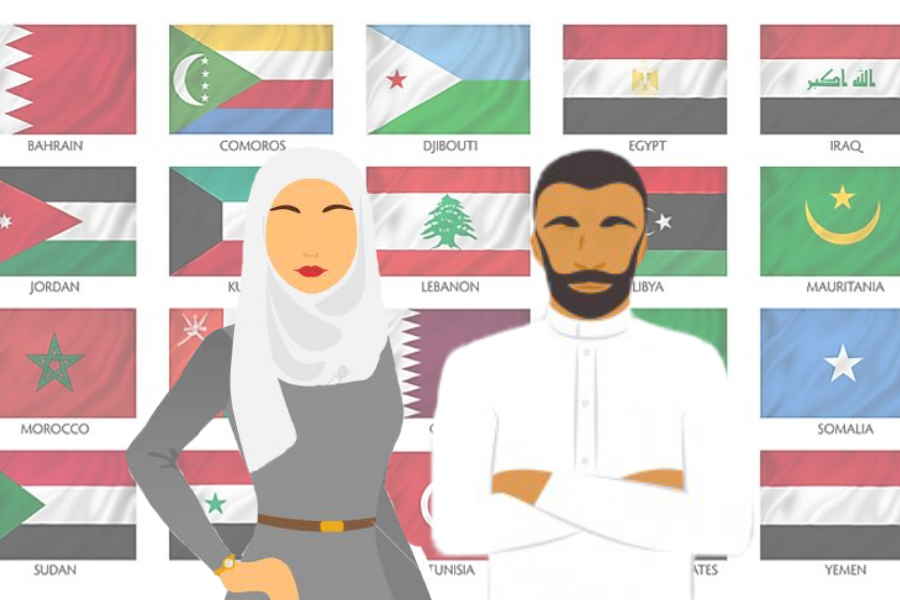 During the celebratory Zoom, participants were educated on aspects of Arab culture such as food, religion, dance and music.

Juniors Christina Limansky and Karla Stephan co-hosted the event and taught participants about aspects of Arab culture, like traditional Arab food, religion, dance and music. The two juniors also addressed issues that have hurt Arab American communities, with a focus on the 2020 Census, which lacked representation of Arab American populations.

“We wanted to do this presentation because there are a lot of Arab Americans out there who don’t really embrace their culture, or can’t embrace it because of how far away they are from their homeland,” Limansky said.

Limansky and Stephan highlighted common misconceptions about Arab culture, including many Americans’ belief that the word “Arab” is synonymous with the word “Muslim.” In reality, one’s language and country of origin define their Arab identity, not religion, Stephan said.

“A lot of people think it can be subjective, but in terms of the actual definition, they’re defined by the Arab League, which includes 22 countries in the Middle East and North Africa,” Stephan said. “The main definer in Arab identity is the Arab language, and that’s what brings a lot of these countries together.”

Religion is a facet of Arab culture that many Americans frequently confuse, Stephan said.

The two juniors also discussed the 2020 Census, which didn’t include an option for people of Arab descent, forcing them to check the “white” box. This has deprived Arab Americans of proper representation in the American political system, Stephan said.

“The Arab American community suffers simultaneous invisibility and hypervisibility,” Stephan said. “We’re invisible in the sense of being significantly undercounted, because we’re forced to check the white box. We’ve been hypervisible in foreign relations and especially increased surveillance.”

Junior Ava Zamani said she believes that the presentation demonstrated that Arab American culture is full of a plethora of features that many students may be unaware of.

“I’m really glad a lot of people came,” Zamani said. “The presentation shared a lot of information about Arab history that I think a lot of them haven’t heard about.”