The Black and White • April 23, 2021 • https://theblackandwhite.net/69374/news/racist-graffiti-in-school-auditorium-targets-asian-americans/ 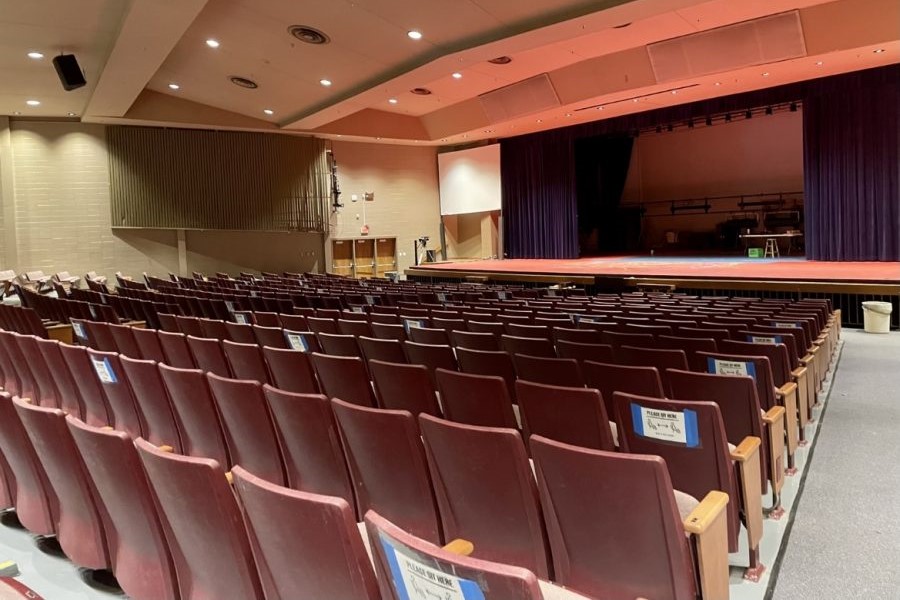 Two students found an anti-Asian caricature and caption on a chair in the Whitman auditorium this morning. This is the third time in the past 14 months that the school has dealt with racist graffiti.

By Ethan Schenker and Samantha Wang

Two juniors found an anti-Asian caricature and caption on a chair in Whitman’s auditorium on Friday morning. The students immediately informed administrators, who promptly photographed the scene and “cleaned up” the drawings, one of the juniors said.

This incident comes amid a nationwide spike in anti-Asian sentiment, a trend that has hit close to home for many Whitman students.

“We want to emphasize as strongly as possible that hate crimes will not be tolerated in the Walt Whitman High School community,” Principal Robert Dodd wrote in an email to the community on Friday afternoon. “If it is discovered that our students were involved, they will receive serious consequences aligned with the MCPS Student Code of Conduct.”

The vandalism transpired merely three weeks after an initial group of seniors returned to Whitman’s building for in-person classes for the first time in over a year.

This is the third time in the past 14 months that vandals have defaced school property with racist graffiti. The previous culprits — two Whitman students and one alumnus — singled out Black Americans in their acts.

The most recent public display of hate made some Asian students feel targeted, including junior Jaja Wang.

“Being Asian myself, I was scared and frustrated,” Wang said. “I was always feeling characterized by my peers because of my ethnicity, and this entire occurrence just made it so much worse.”

When environmental science teacher Mira Chung heard about the graffiti, it struck her “personally,” she said.

“It hits home for me, because it’s my ethnicity that was mocked,” Chung said. “I’ve had racist gestures that were directed toward me in the past. I know what it means in a personal sense.”

Chung was one of several staff members who planned Wednesday’s OneWhitman session, during which students discussed racism toward the school’s Asian American and Pacific Islander community.

Next Wednesday, the weekly anti-bias program will provide a “space for students and staff members to reflect on and process this incident,” Dodd’s email read.

Recent hate-based incidents at Whitman have taken place in forms other than just vandalism. The school received national attention in April 2019 when two students posted images of themselves wearing blackface on social media. That same year, a student used a racial slur in his Kahoot username.

“When you hear people say, ‘Did you hear what happened at Whitman?’ you don’t automatically think it’s something good,” said junior Jaiden Vikram, the president of his class. “The first thought is always, ‘Who was a victim of the hate crime this time around?’”

Despite her disappointment in Whitman’s racial intolerance, Chung believes that this incident isn’t a reason for the school to back down from its anti-bias efforts, she said.

“We have to continue forward,” Chung said. “It just makes a stronger case that our community has to be more educated about one another.”