The Black and White • April 23, 2021 • https://theblackandwhite.net/69361/opinion/allowing-myself-to-be-lenient-with-my-pandemic-era-lenten-promises/

Allowing myself to be lenient with my pandemic-era Lenten promises 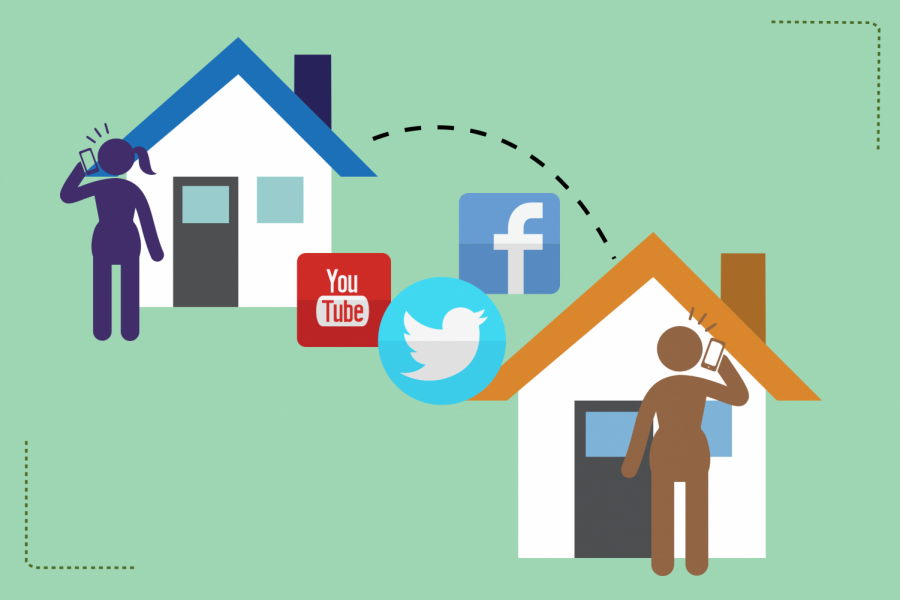 This past Lent, rather than completely stepping away from social media as I usually do, I constricted my social media use to weekends.

I’m going to be honest: I didn’t pay much attention in my K-8 weekly Confraternity of the Christian Doctrine classes, which were priest-run lectures about Catholicism to prepare us students for our Confirmation. For my fidgety, middle school self, this wasn’t the most captivating environment. But, I’ve always kept one concept in the back of my mind, even after I was confirmed and left CCD classes behind: Lent.

The Lenten season takes place in the 40 days and nights before Easter. In class, we regularly discussed what the underlying motives of Lent should be. One explanation from a priest resonated with me –– that Lent is a time to relinquish that which distracts you from bettering yourself. Though this reasoning may not be universal to everyone’s beliefs, to me, it made perfect sense.

I quickly latched onto the strict Lenten promise of giving up social media. From 7th grade on, I deleted apps like Instagram, Snapchat and TikTok off of my phone from Ash Wednesday –– the holy day that marks the beginning of Lent –– to Easter. It was a simple way to “better myself;” I began to focus more on schoolwork and other productive activities like reading, and devoted less energy to aimless scrolling. Due to my stubborn personality, I strictly upheld this promise, never giving myself any breaks. I firmly believed that it was beneficial to go completely cold-turkey in letting social media go, and I was probably right –– except for this year.

In February, when Ash Wednesday came around, I prepared to delete my apps as usual , made a list of novels to read –– I recommend The Woman in the Window for thriller nerds like myself –– and wrote out my priorities for the next 40 days. I looked forward to focusing on furthering my college search and practicing math –– my worst subject –– for the dreaded ACT. But when the day came, I decided not to delete all my apps; it seemed too permanent. Instead, I moved them into one folder on my phone, so that my muscle-memory wouldn’t allow me to accidentally click on them.

For the first week or so, I went about my usual business and abided by the promise as I always had. But with each passing day, I found that it was becoming increasingly difficult to stick to my planned routine –– a practice which I used to have no trouble doing at all. As I wondered what could have possibly changed from years past, I had a forehead-slapping moment: of course, the coronavirus pandemic. The most drastic change that I, and so many others, have experienced in our entire lives.

The past year has directly changed my life in more ways than one. Instead of walking Whitman’s halls and seeing familiar faces, I see dark screens emblazoned with white names. My swim teammates –– people that I used to be packed in a pool with for hours every day –– now barely have a presence in my life. The cold weather prevents my friends and I from gathering outside like we could in the summer, and as a result, my social life has dwindled. Social media, however, has served as the beacon for facilitating recent, desired social interaction at a time when the digital world is far more appealing –– and safe –– than the physical one.

Social media was a lifeboat during this past year; my previous social life being the Titanic and COVID the iceberg. On TikTok, my friends and I shared videos that elicited laughs, and liked and commented on each other’s posts. On Snapchat, my sister, who is in North Carolina at college, and I had a streak –– meaning we “snapped” each other every day –– and I was able to see her face more than I ever thought I would. Instagram allowed me to keep in touch with people from school that I would never see otherwise, including my friends from California that I used to visit every spring break.

We’re already so disconnected from one another, and I soon realized that my lenten promises only sought to exacerbate the loneliness and isolation I felt from COVID restrictions. It began to seem like the only way to break the bubble that I felt closing in on me was to call or video chat my friends and, believe me, I reached out to them with any chance I got, but even that wasn’t enough to prevent me from feeling that I was drifting away from everyone I cared about.

Ultimately, I allowed myself to surf my social media feeds on the weekends. I wanted to preserve at least some of my lenten promise from previous years, yet also maintain the online connection with society that I had become dependent on throughout the pandemic.

Although I felt a strong commitment to my promise, I began to realize that this extraordinary year may warrant some lenience. As difficult as it was to allow myself to roll back my adherence to Lent, I understood that burning my main bridge to the outside world may be more of a disadvantage in the current circumstances.

My priest was right; giving up distractions has helped me better myself over these past years. But I now think of social media as more of a light than a distraction. Given the circumstances, keeping prior promises and attempting to live up to standards of a pre-pandemic world shouldn’t be expected. Instead, change and adaptation should be embraced. You made it through this year, and that’s good enough.