The Black and White • April 10, 2021 • https://theblackandwhite.net/69267/opinion/the-toxicity-of-the-post-quarantine-glow-up-mindset/

The toxicity of the post-quarantine glow-up mindset 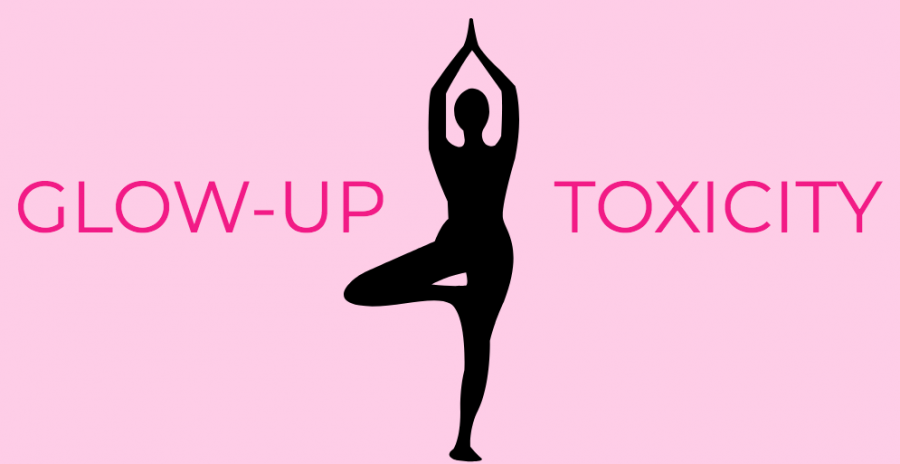 Urban Dictionary defines “glow-up” as a process that focuses on the improvement of physical appearance, individual style and overall attractiveness. One might think that in the midst of a global pandemic, glowing-up would be the least of peoples’ concerns; but that hasn’t been the case. Throughout the past year, many people have become obsessed with leaving quarantine looking better than before, myself included. However, this supposedly positive mindset can cause a lot more harm than good.

Before last year’s mid-March lockdowns, my weeks mainly consisted of hanging out with friends, going to school, fencing practice and hitting the gym. But in quarantine, I could no longer partake in these activities; instead, I found myself sitting in bed most hours of the day. As time progressed, I felt increasingly guilty about my inactivity. Social media did not hesitate to give me “tips” on how to solve this issue. Everyone seemed to be adopting a similar mindset: “How do I come out of quarantine looking fitter?”

Chloe Ting’s workout videos appeared to be the solution, and since the start of quarantine, all of social media seemed abuzz about the internet’s newest fitness guru. Instead of reaching out to help people most affected by COVID-19, those in my social sphere became hyper-fixated on making their own bodies look perfect, as if nothing life-changing was occurring at all.

The comment sections of Chloe Ting’s videos were filled with comments such as, “Gotta lose weight before going back to school!” or “We boutta have the best glow-up ever!” and “Doing this because I’m getting fat from sitting during online school.” After realizing how many fitness-crazed teens her videos had attracted, I felt pressured to join in.

My TikTok feed quickly started to fill up with different weight loss-related videos. Some involved workout routines aimed at slimming down my waist; others included healthier food alternatives to choose and a variety of smoothie recipes that make you look less bloated. It was a seemingly endless catalog to fuel the teenage obsession of losing weight through quarantine.

Before quarantine, I had never felt especially concerned about my physical appearance. It was only through this new overexposure to tips and tricks on glowing-up that I became increasingly aware of “flaws” that I had never even noticed before. Although I had always been athletic and healthy, that no longer felt like enough. My main focus now was to achieve the model-tier beauty standard these videos advertised. Instead of doing exercises that would benefit me in my specific sport, I began to work out simply to lose weight. Instead of eating food that I had always enjoyed, I made myself feel guilty about it. My thoughts throughout the day seem to only consist of “what can I do today to look better?”

“The glow-up mindset was always relevant, even before quarantine started,” Molly said. “You are always expected to look a certain way and become more ‘attractive’ over time. However, that pressure has definitely been exacerbated because of all the extra time everyone has to be on social media.”

Molly believes that the post-quarantine glow-up mindset was initiated by social media platforms geared towards a younger audience, including TikTok.

“Social media puts pressure on people to follow these trends and to fit in with everyone else,” she said. “There is this notion that if you don’t align with those expectations, you are weird or out of the loop.”

Certain social media trends have negatively impacted Molly’s physical and mental health. At the beginning of quarantine, Molly began to keep track of her calories so that she could lose weight.

“During the first couple months of quarantine, I would exercise manically,” she said. “I would force myself to go on a run every day and then I would put that into my calorie counter.”

Molly has since stopped counting calories, but she still struggles with the pressure of fitting into society’s beauty standards.

“Becoming more physically fit has always been a goal of mine, and I always thought that losing weight would be the first step,” Molly said. “However, that is actually false. In order to gain muscle, you have to gain weight. So many people on social media are encouraging weight loss when it actually makes you weaker in the long run.”

The glow-up mindset can lead impressionable children, especially teens, to question lifestyles that were already healthy. Senior Rachel refuses to follow this trend.

“Wanting a glow-up can make you grow and allow you to find new things that you like,” Rachel said. “However, if you take it too far, you can become obsessed with the way people think of you and it can turn into something more about other people’s approval than yourself.”

Instead of focusing on how we can improve our physical appearances, we should look to bettering our mental health. There is no need to force ourselves to seem perfect, especially when it’s for others’ validation. Everyone, regardless of circumstance, has experienced varying degrees of hardships these past months, and there is no one-size-fits-all solution.

Social media would likely tell you the only path towards solving your quarantine-related problems is to watch what you eat or pay better attention to your figure. And you take that advice because, with all your free time, there doesn’t seem to be much else better to do. Pretty soon, you’re counting calories or over-exercising, and you begin to realize how this path to “self-care” has only worsened the effects of the pandemic you had so desperately tried to cure.

Don’t let social media, or anyone for that matter, pressure you into becoming someone you’re not. The line between bettering yourself and developing an obsession is much harder to see up close. Having a glow-up isn’t a bad thing. But make sure you are putting your body, your mind and your health first.