The Black and White • April 9, 2021 • https://theblackandwhite.net/69254/opinion/how-poetry-helped-me-cope-with-loss-during-a-pandemic/

How poetry helped me cope with loss during a pandemic 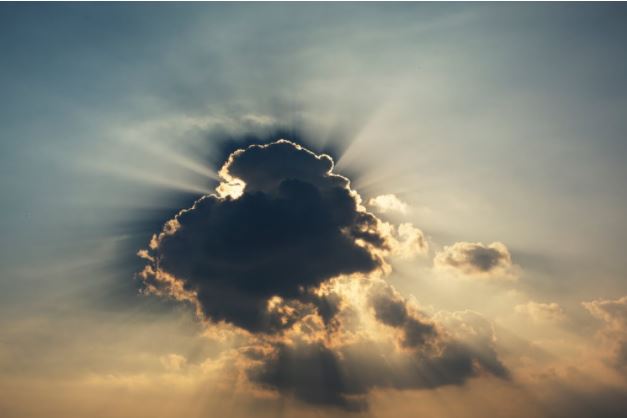 Poetry has served as a source of light for me throughout a dark time in my life.

During the 1940s, Harlem Renaissance artists such as Langston Hughes leveraged poetry to express the racial struggles of Black people. In the 1960s, Allen Ginsburg’s “Beat Generation” revitalized poetry as a post-war literary movement. And today, a younger generation of poets could spark a contemporary poetry renaissance: Amanda Gorman’s inaugural recitation of “The Hill We Climb” was an electrifying moment that inspired students like myself to pick up a pencil and start our own poetry journals — quarantine edition.

Amidst an unprecedented global pandemic, students have experienced a multitude of challenges. While the early stages of transitioning back to in-person learning are underway, it’s been over a year since the majority of Whitman students have seen their classmates or their teachers in-person.

This winter, as the death toll continued to rise, loss began to strike everyone around us — friends, teachers, co-workers. Every morning, I would read and watch the news only to find that each passing day meant thousands more lives lost and a higher rate of viral dissemination. We were losing the war to the night; the storm was expanding.

And one morning — a morning I’ll never forget — the storm finally reached me.

On the memorable morning of Tuesday, February 9, I saw an unfamiliar look of pain in my parents’ eyes. I felt a blanket of silence cover the room as I walked in. Something inside me just knew — I could see it in my mother’s swollen-red eyes; I could hear it in the ominous, sullen silence that persisted. Coming from a large family of physicians, who had, throughout this pathogenic war,  relentlessly been fighting on the front lines, it seemed certain that some great trial of strength impended. Still, I was shocked to learn that my aunt, who wasn’t a healthcare worker, had fallen ill and already passed away, her COVID-19 test results still pending.

Initially, I approached the devastating news with denial: how could one of the closest people to me be gone? Her name was “Nada,” too. We had that special bond, keeping us close, despite living thousands of miles apart. My aunt had planned on hosting me next year if I chose to attend a university far from my home but near hers; she was willing to put her life on hold just to help mine move forward.

As I progressed through the stages of grief, I succumbed to the forces of denial and regret. The storm took her away too quickly; I didn’t get to say goodbye. Would I really never see her again? The last message I sent to her — just eight hours before her passing — remains unread.

The worst part of it all: I couldn’t be at her funeral service. I was 6,167 miles away from my best friend.

During quarantine, trying to cope with death is one of the most emotionally exhausting challenges I have ever experienced. I’ve laid awake at night thinking about why it happened and the future that could have been, yet nothing came from that. No matter how much time you spend hoping that you can bring someone back, it does little to ameliorate the feeling of infinite loss — the feeling that hits you when you overcome the initial stage of denial and realize that someone so important to you is gone. Virtual messages of condolences do little to numb the pain and confusion that continued to expand in my mind.

But when I began to write, things began to change. My pain filled up all of the pages in what soon became my poetry journal. Poetry was a valve that released the mental and emotional pressure building up inside. All of my emotions culminated in the composure of an elegy.

I sent a poem of mine to my aunt’s phone number, knowing that she would never be able to open the message. Being able to communicate a few last words to my aunt gifted me a sense of closure.

When I sent my elegy to my extended family, it triggered a flood of similar messages that filled our family group chat. Soon, everyone in my family — all around the world — was writing in one universal language: poetry. A medium of grief that we could all understand, poetry brought my family members together by tearing down the cultural and semantic barriers that had kept us apart.

Now, the storm is starting to pass, and I can finally catch a glimpse of the sun again. I can thank my poetry for bringing the light back into my sky. When you think about the people in your life who have passed, remembering fond memories that you shared can bring you much more peace than lamenting over what you have lost.

Your strength in the thousand winds that blow

Your beauty reflected in the ice that glints on the snow

And your love in the gentle autumn rain that touches all of us, wherever we may go.

— Nada Fadul, “To that White Shore, Across the Sea”