The Black and White • March 20, 2021 • https://theblackandwhite.net/69161/feature/febmar-charity-events-adapt-to-virtual-school-year/ 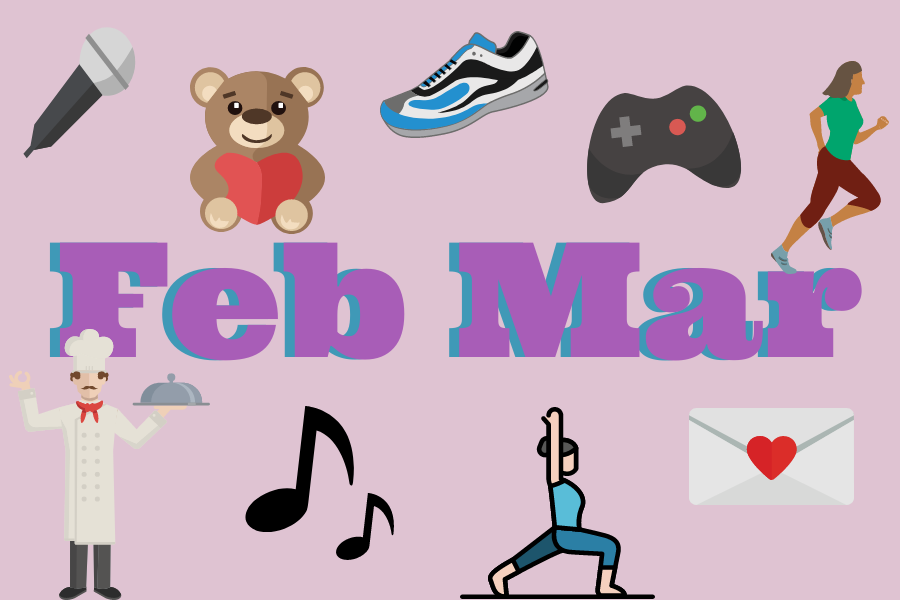 Leadership has been working hard all year to keep school spirit alive and raise money for well-deserving causes in the midst of a pandemic.

Every February, Whitman’s Student Government Association hosts Vike-A-Thon: a charity dance that raises money for Children’s National Hospital. During the event, Whitman students dress in colorful neon clothing and are packed close together while music blares and strobe lights flash. Last year, Vike-A-Thon raised upwards of $20,000 dollars — accounting for over half of the total proceeds the SGA raised throughout a month’s worth of school fundraising events. Unfortunately, with the onset of the coronavirus pandemic, fitting half of Whitman’s student body into one room wasn’t possible this year.

What started as Pennies for Patients in the early 2000’s and evolved into Leukemia Lymphoma Month, is now a marathon of charitable, student-run and student-oriented activities held between late-February and mid-March, colloquially dubbed “FebMar.”

Vike-A-Thon and several other popular FebMar events were cancelled this year due to social distancing restrictions, but the SGA has been working to overcome these obstacles and organize fundraisers that abide by CDC guidelines, ensuring that students will still be able to participate in FebMar festivities at a time when charitable giving is more poignant than any previous charity month.

The proceeds raised during FebMar are typically donated to Children’s National Hospital, but this year, the leadership class — the group of students in charge of student government — wanted to raise money for causes that held significance to the struggles experienced during the pandemic. Since events began in mid-February all proceeds have been directed to Doctors Without Borders, a humanitarian medical relief charity that provides care in a number of communities which lack adequate medical care, with an emphasis on combating COVID-19, said senior Faith Parker, a member of SGA leadership.

“All of our monetary donations are going towards Doctors Without Borders, and all supplies and food raised will go to Feeding America,” Parker said. “We wanted to adapt to the circumstances and try something new.”

In a year unaffected by the pandemic, leadership class members would use weeks of in-school planning to organize various FebMar charity events. During fifth period, students would pile into Room A223 and bounce ideas off one another for 45 minutes.

But this year, the environment has drastically changed. Leadership logs onto Zoom before dividing into breakout rooms and allowing the committee heads to take charge. In a virtual classroom, there is limited communication between committees and fewer high-spirited, flowing conversations than usual, said junior class president Jaiden Vikram.

“Last year everything was very conversation-based, and we would all be talking about ideas,” Vikram said. “This year, it’s hard to get a lot of morale and a lot of conversation around stuff.”

The SGA has expressed concern about not raising the approximately $40,000 in donations of pre-pandemic years, since many of the most popular fundraisers are not Covid-safe. In order to raise as much money as possible and engage the Whitman community, leadership has taken advantage of social media and listservs — a simple way of sending mass emails within communities — to increase publicity, said senior Claire Sorkin, the chair of charity month.

“People are probably overwhelmed [with our advertisements],” Sorkin said. “It’s a lot more word of mouth because we can’t use the school announcements or hang flyers around.”

FebMar kicked off with the Cooking for a Cure event on February 6. The event replaced Pancakes for Parkison’s, a staple of previous years which had raised money for the Michael J. Fox foundation. The SGA cancelled Pancakes for Parkinsons due to concerns over handling food while enforcing social distancing protocols, but proceeds from Cooking for a Cure will continue to support the Michael J. Fox foundation.

During the virtual event, participants attended a Zoom session led by chef John Michael Hamlet, who answered questions and then walked them through cooking a brunch menu.

“Everyone made their food, and it was fun to see everyone cooking with their cameras on,” Parker said

The SGA recalibrated another FebMar tradition with the creation of Virtual Valentines. For this event, students ordered a candy gram for a friend with a personalized message, and the SGA delivered it to the recipient’s house. Senior Riley Sullivan hand wrote over 150 messages.

The SGA was also able to continue older charity month traditions in a new format, including the FebMar 5K. This year, the 5K will be hosted on March 7 through a virtual webinar. Participants will use an app called Strava to track their run times, which the SGA will monitor to announce winners.

Sorkin was initially disappointed when she realized she wouldn’t be able to plan the traditional 5K event, but is thrilled to run the virtual event, she said.

“My favorite in-person event is probably the 5K,” Sorkin said. “I’m really excited for the virtual auction because we’ve never done it before, and finding items that people are donating has been really cool.”

Leadership has been working hard all year to keep school spirit alive and raise money for well-deserving causes in the midst of a pandemic. Their very first event, Cooking for a Cure, already raised over $1,300 for the Michael J. Fox Foundation for Parkinson’s Research, and they hope to raise even more for Doctors Without Borders throughout February and March.

“Our leadership class has faced tons of adversity while planning the events of FebMar given the circumstances,” Vikram said. “But through our hard work and commitment to the cause, we’re very hopeful that we will have yet another successful FebMar.”