The Black and White • March 7, 2021 • https://theblackandwhite.net/69048/opinion/social-distancing-surrealism-how-david-lynch-has-helped-me-get-through-a-pandemic/

Social distancing surrealism: how David Lynch has helped me get through a pandemic 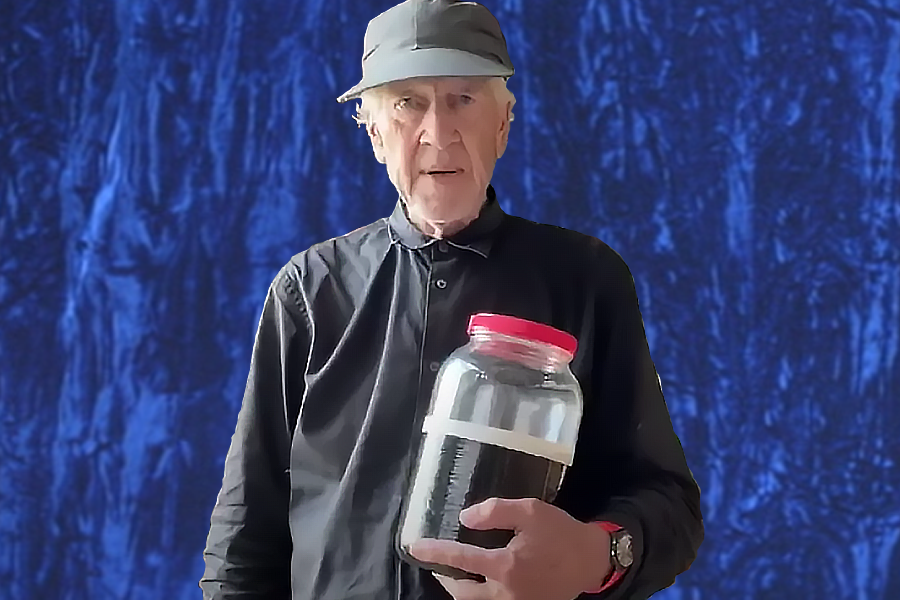 The joy of watching him “swiiiiiirl the numbers” and “pick a number” in his midwestern nasally drawl comes from its idiosyncratic nature rather than any inherit meaning.

Jeffrey Beaumont and Sandy Williams walk down a sidewalk in a picturesque suburban town. The soft glow of lanterns fills the street while crickets chirp in the background. Their pastel colored clothes hold the youthful innocence of fifties America. Jeffrey turns to Sandy and says, “It’s a strange world, isn’t it?”

In director David Lynch’s surrealist nightmare, “Blue Velvet,” Jeffrey uncovers a horrifying criminal underworld in the sleepy town of Lumberton. While watching this film during quarantine, I couldn’t help but make a connection between the subversion of suburban paradise within the film and in my own life.

Before the pandemic, a lockdown seemed so extraordinary and unprecedented that it could have come straight out of a movie. Even when the pandemic hit, many people refused to change their way of life, opting to live under a false notion of suburban normalcy while more sinister elements lurked beneath.

With films ranging from “Blue Velvet” to “Mulholland Drive,” Lynch’s ability to peel back the facade of domestic American life has impressed critics, but the way he interacts with this world has done more than earn my praise — it has helped me get through the pandemic.

When it feels that the days and weeks all blend together, Lynch’s movies allow me to escape quarantine — not to a specific destination, but to a certain outlook on life. While a James Bond film can take you to Italy for two hours, the second you turn your TV off, normal life returns. But the absurdist mood of a Lynch film lingers long after the credits roll, and for me, it has a profound impact on how I interact with the world.

Despite inhabiting such surreal and strange environments, Lynch’s characters can seem robotic in how unphased they are by total weirdness. In “Eraserhead,” the protagonist Henry raises an alien baby as if it were human. In “Twin Peaks,” Special Agent Dale Cooper acts as if nothing is wrong when he enters the red room, a curtain-draped dream world inhabited by a backwards talking, spontaneously dancing dwarf.

I’ve found that, in my own life, I’ve learned to embrace the weirdness of the world unfazed just like Lynch’s characters, from wearing masks to logging onto online school. If you step back, life is absurd, and that can be okay.

Since the start of quarantine, I’ve seen six of Lynch’s films, but my favorite project of his is something a little more low-budget. Last summer, David Lynch started uploading videos to his small YouTube channel where he picks a number, one through ten, out of a jar each day. The joy of watching him “swiiiiiirl the numbers” and “pick a number” in his midwestern nasally drawl comes from its idiosyncratic nature rather than any inherit meaning. Commenters might ask “What is this for?”, but this defeats the purpose of the exercise. The numbers aren’t lucky, and there are no prizes to hand out; they are just numbers in a jar.

The videos piqued my interest, and despite the repetition of each video log, I returned to them, eager to see which number Lynch would select. Soon enough, a small community formed around these videos, and each day was a point of major discussion. For more than four weeks, Lynch never picked a seven from the jar, a statistical anomaly. Commenters were quick to tally the picked numbers and do probability calculations, all in the hope that the next day’s number would be a seven. A specific commenter named “Wes W” would comment on each video, “Man if tomorrow’s not a 7 I’m gonna lose it.”

Each day, I would text my friend the number without context, hopeful to reveal the secret once Lynch pulled a seven out of the jar. Finally, on day 41, Lynch picked out a seven and said, “Today’s number, Wes, is seven.” Wes W went silent, never to comment on another video.

Of course, this unexpected turn of events surprised me and excited the community. And the more I thought about it, the more I understood the comedy of the entire situation: perhaps, as the world had begun to stare down the unknown, this was the most appropriate response, illuminating the words of Jeffrey Beaumont about the strangeness of the world in their own absurdist way.

Through quarantine, David Lynch has helped me find joy in the most miniscule of things, and accept the irrationality of our world. His movies are not only wildly entertaining, but powerful tools you can use to improve your life. By embracing the absurd, there is little need for judgment and anger in life. If the pandemic feels like a bad fever dream, David Lynch might be the director for you.