Unpacking history behind Disney’s Mulan and its misrepresentations 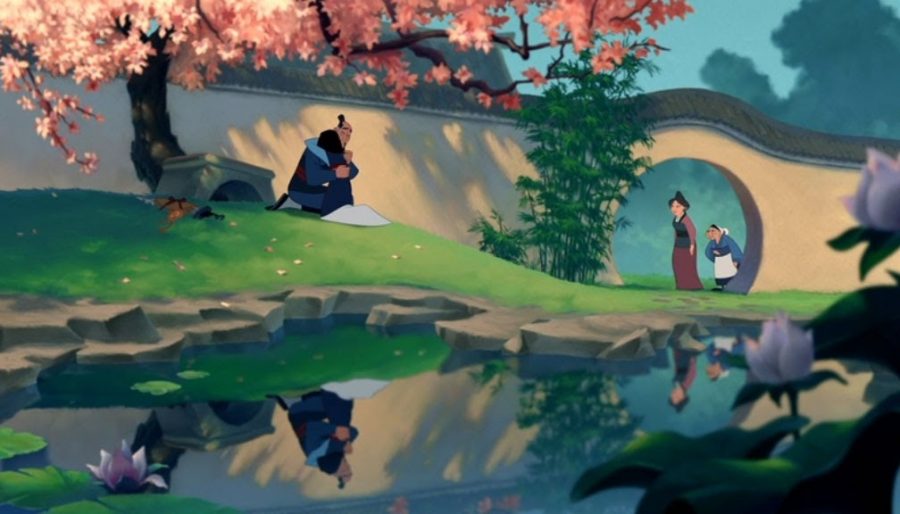 Mulan returns home to her family after a long war and adventure at the capital of China. For many, the 1998 Disney movie has become a classic favorite.

In middle school, I scribbled The Ballad of Mulan — the ancient Chinese folklore — again and again in my notebook until I memorized the poetry by heart. I lived in Beijing at the time, and every morning, my class gathered to recite such poems and ballads until they were ingrained forever into our minds.

Likewise, Disney movies are an integral part of many Americans’ childhoods — these are the stories that shaped their understandings of the world. When I moved to America in 2017, many of my friends named Mulan as their favorite Disney film. Though I had been enchanted by the poems, I’d never seen the animated adaptation.

The 1998 version of Mulan is one of Disney’s most groundbreaking animated films, carrying messages of women’s empowerment and nonconformity. A few months ago, the entertainment monolith released its 2020 live-action adaptation, thereby retelling the ancient Chinese tale not once, but twice. Now, the remake is free to watch for Disney+ subscribers; for those who plan to watch it, it’s important to first examine Disney’s earlier depictions of Chinese culture and history.

Retelling ancient folklore accurately while being sensitive to the cultural contexts behind it is a difficult task. With its enormous influence, Disney has the power to skew people’s understanding of Chinese culture and history in less-than-accurate, Eurocentric ways. However, the studio’s misinterpretation of many important cultural elements has only caused confusion. Looking back at not only the 1998 movie, but also through history and culture, I wanted to unpack these misrepresentations.

Last night I saw the draft posters,
The Khan is calling many troops,
The army list is in twelve scrolls,
On every scroll there’s Father’s name.
Father has no grown-up son,
Mulan has no elder brother.
I want to buy a saddle and horse,
And serve in the army in Father’s place.

The Ballad of Mulan was the first documentation of the heroine’s story, a folklore tale likely originating from the Northern Wei dynasty (386–557 C.E.), founded by the nomadic Xianbei people. Northern Wei had been in a state of perpetual war with other ethnic groups, such as the Rouran Khaganate, the most likely enemies to Northern Wei in Mulan’s time. In Disney’s adaptation, the antagonists are simply “the Huns,” who may not have been the actual adversaries of Mulan’s army.

Apart from folklore, there is almost no other historical documents that indicate Mulan ever existed; even if she did, scholars have little evidence that her surname was “Hua,” as written in the poem, or “Fa,” as indicated by the movie.

Traveling together for twelve years,
They didn’t know Mulan was a girl.
‘The he-hare’s feet go hop and skip,
The she-hare’s eyes are muddled and fuddled.
Two hares running side by side close to the ground,
How can they tell if I am he or she?’

Disney’s 1998 Mulan does not shy away from discussing sexism and sexuality, especially in its signature, catchy song “I’ll Make a Man Out of You.” But the film doesn’t accurately portray the role of sexism within the historical context.

Though sexism certainly existed in the era the film depicts, Disney took on a “Western savior” approach by suggesting that its own adapted script somehow reversed the inequities of the period. The movie features soldiers dressed as concubines and portrays a woman as a brave warrior — while simultaneously assuming Chinese culture as single-faceted and monolithically sexist. This can be detrimental to viewers’ understanding of both ancient and modern China.

Modern China’s largest ethnic group is Han, but Xianbeis founded Northern Wei. Xianbei was a largely matriarchal society where females had high social status. As a nomadic people, many Xianbei females were skilled in equestry, archery and combat, which means Mulan’s “manly” talents were rather common amongst women. Given women’s status in society in that period, Mulan might not have been the only girl to take an aging male family member’s place in the army.

The opening scene of the movie depicts a matchmaking ceremony, where Mulan and several other girls visit a matchmaker who determines if they are fit to become a bride. The movie attempts to indicate that Chinese women’s sole value in that era lay in “bearing sons.” This overlooks major Xianbei cultural values and automatically assumes many traditional Han matchmaking rituals, including the presence of a matchmaker. But even while those parts of the film were inaccurate, in many dynasties, girls rarely left the house. Instead, matchmakers discussed marriage exclusively with the daughters’ parents.

Symbols of Power: Mushu & the Emperor

On her return she sees the Son of Heaven,
The Son of Heaven sits in the Splendid Hall.
He gives out promotions in twelve ranks,
And prizes of a hundred thousand and more.

The dragon has long been a mythical creature in both Western and Oriental cultures; in China, its cultural status is especially significant. Not only does the dragon represent power on its own, but it is also deeply connected with royalty. According to ancient sayings, all Chinese people are “descendents of the dragon,” but that the line of the emperor was most able to represent its holiness.

The dragon is thus symbolic for its mighty strength and solemness, which Disney does attempt to represent.  Scenes that accurately depict the weight of this cultural symbol are ones such as the door handle and the sculpture:

But others do not. Mushu, arguably the most entertaining character and the star of the show, sends the message that the dragon is a quirky, friend-like being. In truth, Chinese culture depicts dragons as symbols of worship and strength, and nothing like a humorous companion voiced by an SNL alum.

The same problem arises with Disney’s depiction of the emperor. After Mulan saves the emperor from the Huns, he bows to thank Mulan, and even allows a hug. Ancient Chinese society had a strict code of respect for those of higher status, and as the Son of Heaven — another name for emperors — and leader of a country, the emperor would never bow. A hug is also a very Western way to express gratitude or affection, and such personal interaction with the Son of Heaven directly goes against the historical and cultural context.

Where Do We Draw the Line?

As an American entertainment company, Disney understandably added comic relief characters like Mushu, and humorous scenes such as Mulan’s ancestors arguing in their sanctuary. Certain elements of the movie were also crafted to be more relatable to American audiences. However, Disney’s large sphere of influence is exactly why the more problematic aspects of their films must be addressed.

Where do we draw the line between entertainment and accurate representation? In future productions, Disney should bring more diversity and people of the specific culture to its creative panel, so as to not misrepresent the culture they are presenting. That way, we don’t have to miss out on either side — both the culture and the fun.

All Images Owned By Disney