The Black and White • February 10, 2021 • https://theblackandwhite.net/68899/feature/helping-the-hungry-junior-tommy-buckley-starts-whitman-chapter-of-families4families/ 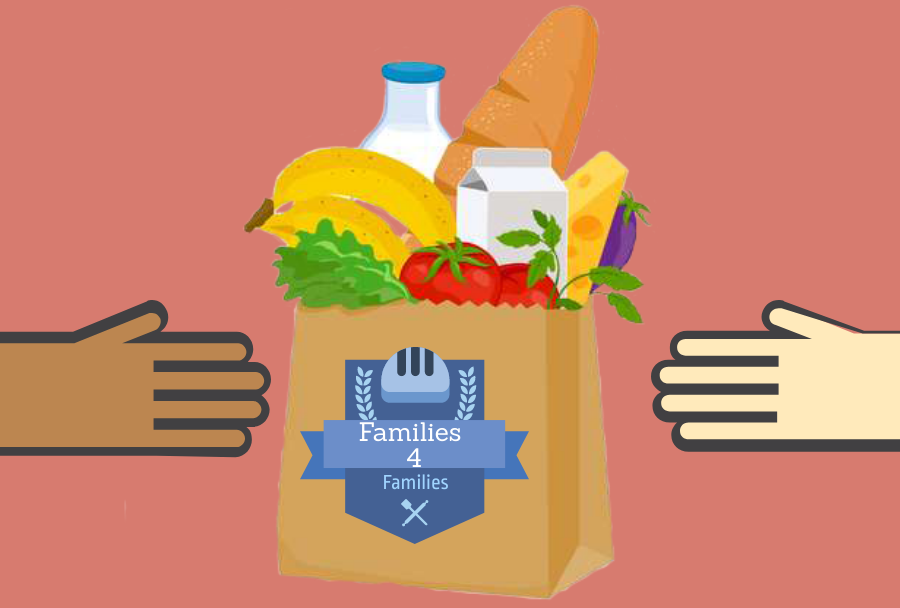 On a brisk Saturday morning in November, cars line up outside the Whitman entrance, their trunks filled with vegetables, grains and canned soups for a food drive. A group of volunteers awaits, ready to receive and sort the donations. The team, composed of both students and adults, is led by one Whitman student eager to make an impact in his community.

In October, junior Tommy Buckley started the Whitman chapter of Families4Families, a nonprofit organization focused on addressing food insecurity resulting from the coronavirus pandemic. Buckley runs the chapter with help from their partner program, Access Youth, a D.C.-based initiative committed to serving underprivileged communities. Buckley became interested in starting a chapter after he realized that donations from well-off members of the Whitman community could have a positive impact on less fortunate families in the area.

“I’ve noticed — especially during the stressful time of the pandemic — how fortunate I am to live comfortably and not worry about food or supplies,” Buckley said. “I know a lot of Whitman people can help the community out.”

On the first Saturday of each month, Buckley and F4F host a food drive at Whitman. Community members volunteer to count and sort donations via a signup sheet on Whitnet; then, after a day’s worth of donations, volunteers and Access Youth employees transport the food to one of the organization’s drop off locations.

The donation pickup process is straightforward and pandemic-safe. Masked volunteers remove donations from inside donors’ cars, then sort them without contact — all while the donors remain inside their vehicle.

The club has made an important local impact, not only on the families receiving donations, but on the community members who offer their time for the endeavor as well. In just two food drives, the Whitman chapter of F4F has garnered enough supplies to support approximately 45 families. Considering that the club began merely three months ago, the volume of donations is already an impressive accomplishment, Buckley said.

One aspect of Buckley’s work that he enjoys is learning from colleagues who believe in the organization’s central mission: caring for others.

“I get to work with people who really care about helping, and help those in our own community that aren’t as fortunate,” Buckley said. “During a stressful and trying time, it’s awesome to see so many people coming out to support [us].”

The success of Whitman’s new F4F chapter has attracted a handful of other students hoping to make an impact on their community, including junior Mattes Crichton. Crichton began volunteering in December, and doesn’t intend to stop any time soon, she said.

“I wanted to sign up and volunteer because I understand how the pandemic has hit low-income families,” Crichton said. “Whitman families have the opportunity to make a difference, and being able to through a club started at Whitman is awesome.”

Access Youth employee Will Jenkins appreciates Buckley and the Whitman F4F chapter’s work. Jenkins collaborates with many families in the D.C. area, and he knows the value these food drives hold.

“F4F has added a vital and valuable dynamic in the way Access Youth supports local students and families,” Jenkins said. “The impact of these drives goes beyond the school building and many residents in the D.C. area have expressed their gratitude as well.”

Beyond the short term success of the chapter, F4F showcases how, given the proper motivation, Whitman community members are able to rally around a common cause to help those who are less fortunate in such an unprecedented time, Buckley said.

“Going to drop off the food, we would see lines of cars — families that were receiving our food,” Buckley Said. “Seeing the impact it had first hand was so powerful. It’s awesome to feel like you changed the community for the better, and I’m glad all the people working with Families4Families have helped do that.”