The Black and White • January 23, 2021 • https://theblackandwhite.net/68809/opinion/i-listen-to-taylor-swift-dont-let-cultural-norms-dictate-your-preferences/ 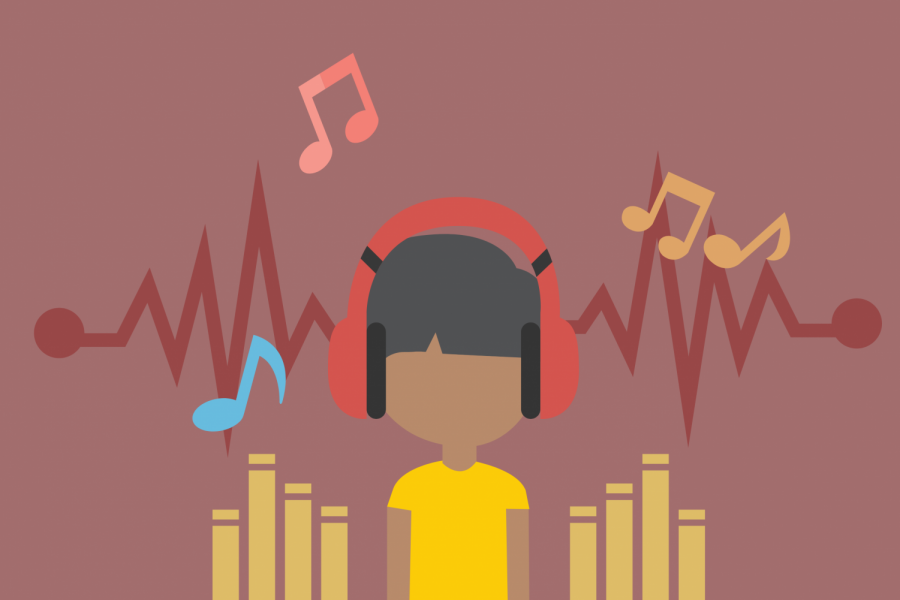 When Spotify released its end of year “wrapped” — a summary of what music you listened to in 2020 — my friends and I excitedly began comparing top songs, artists and genres. One of them listened almost exclusively to Juice WRLD. Another had Kanye West as his top choice. A third friend was in DaBaby’s top .5% of listeners. But my top artist was slightly different from my friends’: in 2020, my top artist was Taylor Swift.

I’ve always been a huge fan of pop music. My elementary school favorites included smash hits like “Dynamite” by Taio Cruz and “Call me Maybe”  by Carly Rae Jepson. In middle school, I made nearly a dozen music videos featuring me dancing and lip syncing lyrics to songs like “Dark Horse” by Katy Perry and “Shake it Off” by Taylor Swift. To me, pop music is a catchy, light-hearted way to cheer yourself up on a bad day.

As I’ve gotten older, my taste in music has diversified. I enjoy listening to jazz artists like Benny Carter and Ella Fitzgerald with my family at dinner. In the car, my parents will often turn on classic 80s songs by Tom Petty, Whitney Houston and Paul Simon. When I’m with my friends, we listen to mostly popular hip-hop artists like Drake and Kanye West.

Still, my affinity for pop music has remained. Sure, some of the songs that I enjoyed when I was younger, such as “What Does the Fox Say” now seem childish, but in most cases, the pop music of my childhood still ranks highly on my playlists.

And yes, that includes songs by Justin Bieber and Taylor Swift.

A male 16-year-old high school junior certainly isn’t the expected demographic of Beliebers and Swifties, but I genuinely enjoy listening to their work and that of similar artists. Both Bieber and Swift continue to churn out hits; Bieber’s recent hits “Yummy” and “Intentions” both hit number one on Billboard and Swift released two commercially and critically successful albums in 2020: “Folklore” and “Evermore.”

More importantly, though, we shouldn’t let social norms prevent us from indulging in the things we enjoy, whether it’s music or other forms of self-expression. When my friends and I are listening to music and I put Taylor Swift on the speaker, it is invariably met with eyerolls and scoffs. But as soon as the songs reach their catchy choruses, we are all singing — or screaming — the lyrics.

Preconceptions about what music we should like are a byproduct of problematic gender norms which only strengthen as children grow up. It’s an unwritten rule that a teenage guy like me shouldn’t be enjoying Swift and Bieber. But however small, it still remains a part of the problem, and one that may have the easiest solution: simply listening to whomever we choose.

Parents who enjoy playing Megan Thee Stallion should bump “WAP” — but maybe not when there are young children around; teenage boys who enjoy listening to Ariana Grande should blast “7 Rings” on their speakers; millennials who enjoy jazz should proudly listen to Louis Armstrong. The music we enjoy should not be constrained by societal preconceptions about what genres are appropriate for us given our age or gender.

Putting on our choice of music is the first step to breaking down such barriers. For people to truly feel comfortable with their song selections, we all have to make a conscious effort not to judge other people for their music taste. Yes, there are parents who like rap songs and teenagers who like classical music. Music is incredibly powerful, and it is important that everyone can experience it without fear of being ridiculed.