The Black and White • January 14, 2021 • https://theblackandwhite.net/68783/news/cancellation-of-january-psat-renders-mcps-juniors-unable-to-take-exam/ 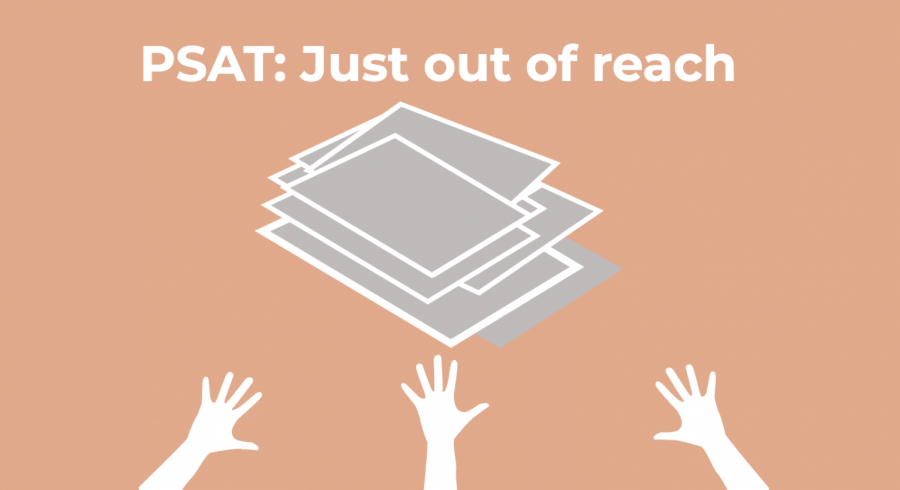 Whitman juniors will not be able to take the PSAT — which means a loss of the opportunity to receive a National Merit Scholarship.

MCPS cancelled its January 26 PSAT/NMSQT exam administration following Tuesday’s Board of Education vote to delay the return of in-person learning, according to an email Assistant Principal Gregory Miller sent to juniors and their guardians last night. Administrators have initiated a refunding process for those who paid testing fees, and reimbursements should be delivered within one week.

“Given the significant increase of COVID-19 numbers in our community, administering the PSAT at this time would have presented several operational and safety challenges,” wrote MCPS Director of Communications Gboyinde Onijala in a press release.

The PSAT serves as the qualifying exam for the National Merit Scholarship Program, which awards scholarships — as well as significant academic acclaim — to top-scoring high school seniors. Whitman typically administers the test each school year, and has historically sent a large number of students to later stage examination rounds; nine Whitman seniors qualified as National Merit semifinalists last year, and 13 qualified in 2019.

MCPS juniors have been all but unable to take the PSAT, since the school system declined to administer the tests during the fall. January 26 is the last date the College Board will offer the exam this school year, meaning that juniors have lost their final opportunity to take the PSAT.

Some students are concerned that it may be more difficult to stand out during the college application process without a PSAT score.

“As of right now, there’s not that many statistics that schools are going to be able to look at,” junior Anna Salafsky said. “Grades are a little iffy with online school, and we don’t know our teachers as well for recs. It’s just one less thing that we’re going to be able to be judged on.”

The National Merit Program has a record of helping those from low-income backgrounds afford higher education; last year, the organization awarded over $40 million in scholarships to almost 9,000 students across the nation.

Students can enter the National Merit Scholarship competition through an alternate entry method, but the procedure requires students to submit an SAT score received within the August 2020 to June 2021 timeslot. Local testing centers have regularly postponed or cancelled SATs due to the coronavirus pandemic, making the qualification all the more out of reach.

Junior Felipe DeBolle is eager to attempt to qualify for National Merit, and has an SAT score that he’s proud of — from March 2020. As a result of the cutoff dates, DeBolle’s score doesn’t qualify him for entry into the program.

“I don’t know what to do,” DeBolle said. “I really wanted to take the test, and now I won’t be able to do that. I just feel frustrated — though of course I understand where the decision came from.”

This marks the second consecutive year that Whitman has not carried out the PSAT as planned. In October 2019, administrative errors prevented a number of students from taking the test.

Many Whitman students studied for the ACT, a popular alternative to the SAT, and are now left with no possible options to be considered for the National Merit Scholarship. Salafsky is one of these students.

Despite her disappointment, Salafsky understands that MCPS made the decision with students’ best interest in mind, she said.

“It’s a hard time for everyone,” Salafsky said. “There’s so many things that can’t be done.”